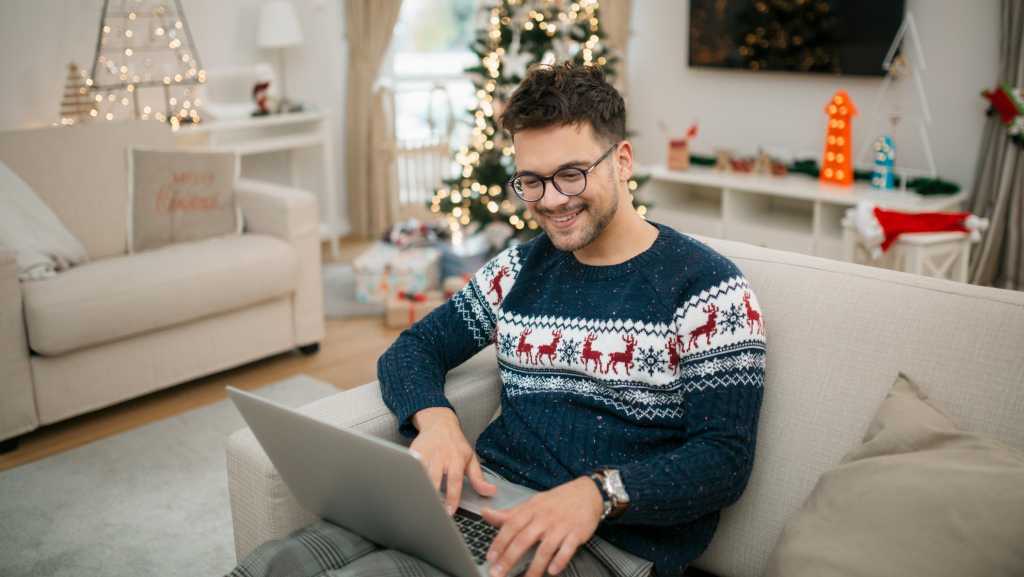 The biggest shopping season of the year is here, although the internet has fundamentally changed the way most of us approach it. Online retail has become the main way to buy Christmas presents or take advantage of a great deal, but there are serious risks associated with it.

Many sites actively track user behaviour in order to provide a more optimised experience, while cybercriminals are primed to exploit any security weaknesses and access your personal data. This is far from limited to web browsing; emails, online banking and gaming are all targeted on a regular basis. It’s no coincidence that these are tools many of us use every single day.

Individual websites, apps and operating systems all take steps to reduce this threat, but this is often not enough. It’s vital to bolster your online security with dedicated software – Norton 360 Deluxe is an excellent option, delivering a comprehensive solution to protect all your devices.

A single subscription gets you access to a wide range of security features, but Norton is probably best known for its antivirus. It consistently ranks as one of the very best services of its type, protecting against 100% of malware according to independent research from AV-Test.

You can help reduce the chances of this happening with other key Norton 360 Deluxe features. The built-in Secure VPN (virtual private network) encrypts the connection between your device and a server on the internet, making it much harder for your online activity to be tracked. This is crucial while using public Wi-Fi, where weak security can leave you vulnerable to attacks.

Cybercriminals often turn to the so-called “dark web” to make money from the personal information they acquire, as it can’t be found using regular search engines. Norton’s Dark Web Monitoring constantly checks this area of the internet, alerting you if anything is found that could be used to identify. This can be customised to your liking, ranging from email addresses and phone numbers to physical addresses and official ID.

On PC and Mac, Norton’s Smart Firewall helps provide protection at the source. Any time you’re connected to the internet, it’ll keep tabs on all the network traffic your device sends and receives. Should anything suspicious be detected, it’ll be blocked before you can even access it. This is an effective way to protect your personal files and data, and it’s rare for a safe website to be mistakenly blocked.

You’ve probably heard about the dangers of hackers spying on you via your webcam. Using software known as spyware, cybercriminals can take photos of you without you ever knowing. On Windows, Norton 360’s SafeCam feature provides a crucial line of defence against this activity – any unauthorised access to your built-in webcam is blocked by default.

The importance of a password manager is also well documented. All Norton subscriptions have an effective included in the cost, providing an easy way to generate, store and enter unique passwords that are almost impossible to guess. These are securely located within an encrypted vault, which just one master password required to access them all.

Norton 360 provides you with a comprehensive set of tools to help you stay safe online. But its security features extend far beyond this. If you’re using a Windows machine, you can take advantage of PC Cloud Backup, which securely stores your files in the cloud for remote access from anywhere.

There are also a range of Parental Control tools, which help you monitor and manage children’s screen time. This works alongside a School Time feature, which enables more focused remote work by blocking distractions during usual school hours.

This is an excellent level of functionality within a single subscription, with many features available across all your devices. Norton 360 supports all recent Windows and macOS devices, alongside well as dedicated apps for Android and iOS (known here as Norton Mobile Security). This works alongside a range of browser extensions for the likes of Chrome, Safari, Firefox and Edge.

Apple devices are often considered to be more secure than their Windows or Android counterparts, but effective security software is still vital to stay protected against the wide range of modern security threats.

Norton 360 Deluxe can be installed on up to 5 devices and includes 50GB of cloud storage, while the Premium tier increases this to 10 and 75GB respectively. As well as being limited to 2 devices and 25GB of storage, the Standard plan also misses out on the Parental Control, School Time and Dark Web Monitoring features.

Whichever you choose, Norton 360 is the best way to stay secure online this holiday season and beyond. However, the Deluxe plan hits the sweet spot in terms of features and price for most people. A one-year plan is available for just £34.99 – that’s less than £3 per month, representing excellent value for money.