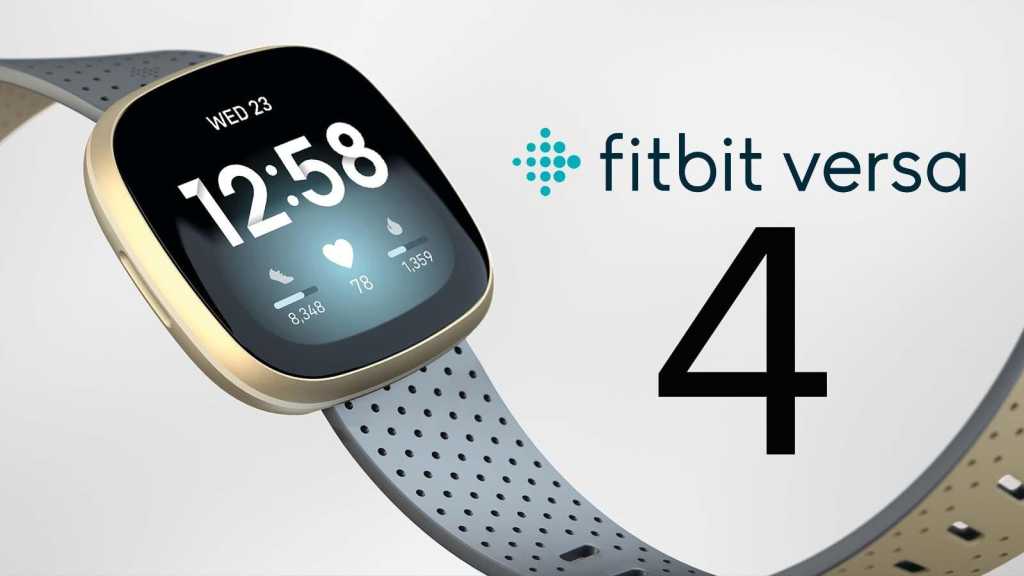 It’s been over a year now since the introduction of the Versa 3, so we could be seeing a successor appearing soon. Here’s a roundup of the rumours and news so you know what to expect when the Fitbit Versa 4 does finally arrive.

When will the Fitbit Versa 4 be released?

There’s no official release date at the time of writing, but we can use the previous models as a guide. Here’s when they made their debuts:

As you can see, Fitbit had settled into something of a rhythm for the last two editions, but with September having been and gone, it seems that this has changed once more. There are factors that could be a cause of the delay, with the world experiencing a shortage of processors, plus delays to the supply chain as COVID-19 continues to cause chaos. There’s also the fact that Google completed its acquisition of Fitbit in Jan 2020 and could be planning some changes with the brand.

Previously, we had seen that the Fitbit Sense 2 could be the first Fitbit device to run on Google’s Wear OS, with the third iteration of the software expected to arrive on many devices in the second half of 2022. It could be that the Versa 4 follows suit and switches to Wear OS too. If that’s the case, a dual introduction of the Fitbit Sense 2 and Fitbit Versa 4 in September 2022 might be on the cards.

However, since then we have heard conflicting information. 9To5Google reported that code-digging showed three devices being worked on – codenamed Hera, Rhea and Nyota. These are expected to be the Versa 4, the Sense 2 and the successor to the Fitbit Luxe.

The references for these devices were found in the code that relates to the software “bridge” that connects to a phone and shares data via Bluetooth. However, Wear OS shares data another way, so it is now suspected that the Versa 4 will not run on Google software.

Once we know more, we will update this article.

How much will the Fitbit Versa 4 cost?

As with the release date, there are no confirmed prices but the predecessors will give us a solid clue on what you might need to pay. Here are the scores on the doors:

What new features will we see in the Fitbit Versa 4?

9to5Google claims to have leaked images of the next generation of the Versa, which shows that it won’t steer too far away from the Fitbit form-book.

The image shows that the watch has an aluminium case all the way to the screen with no frame for ECG, along with a protruding button on the right-hand edge. However, we don’t know if this is a tactile button, or if it uses a touch-area. The corners also appear slightly more curved than the Versa 3, giving a more sleeker look overall.

Fitbit has not confirmed any of these design changes officially as of yet.

The Versa 3 increased the available AMOLED display size to 1.58in (336×336) from the 1.39in (300×300) panel found on the Versa 2 and 1. There are still some bezels surrounding the actual display, so it’s possible Fitbit could further increase the available space without making the frame itself any bigger (not unlike the Apple Watch Series 7, compared to the Series 6). We imagine this is a challenge that’s been laid at the feet of the engineers working on the Versa 4. 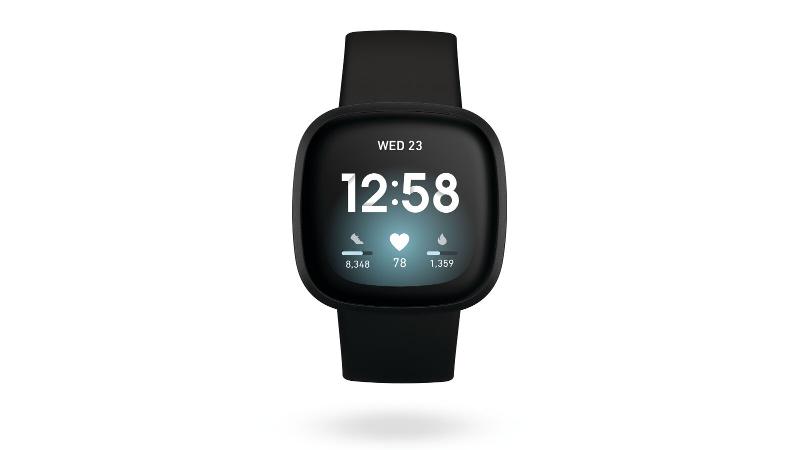 As with the Fitbit Sense, the Versa currently doesn’t have an LTE option. Adding this would certainly give the device a more autonomous aspect, being able to act as a surrogate phone while you’re out running, at the gym, or in places where you just don’t want to take expensive, large and fragile devices.

We have heard rumours that one of the features from the Fitbit Sense could make its way to the Versa in the next generation. This is the Electrodermal Activity sensor (or EDA sensor), which monitors the temperature of your skin to ascertain the levels of stress you are currently experiencing. When used with the mindfulness and breathing sessions included with the Fitbit app, it can serve as a helpful way to try and stop the frustrations of modern life from getting on top of you.

To see the devices the Fitbit Versa 4 will line up against, read our roundups of the best smartwatches and best fitness trackers.