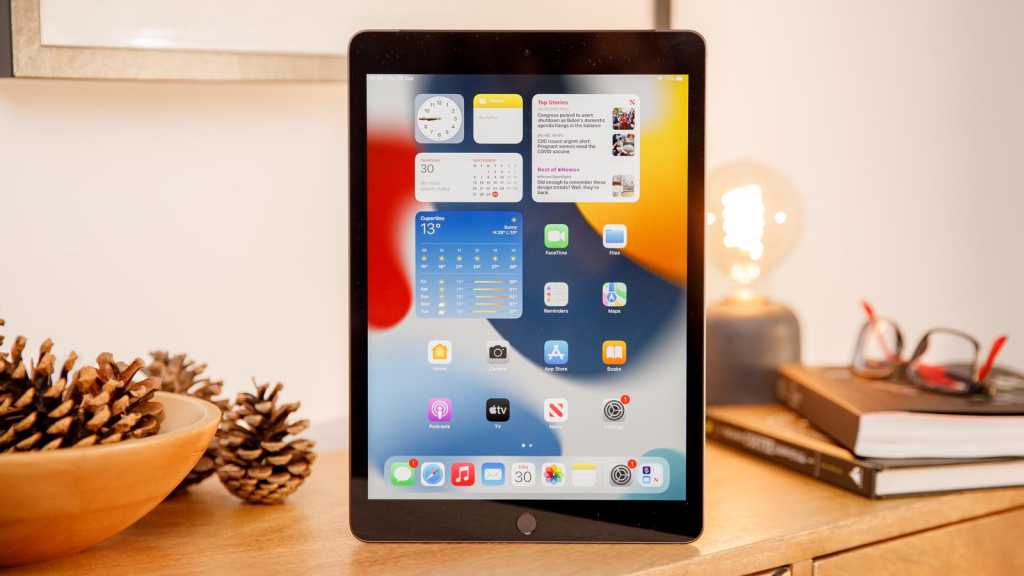 The iPad 10.2in from 2021 is a great entry-level tablet, but Apple is supposedly working away on the next generation behind closed doors.

If rumours are true, we could be seeing one of the most exciting and radical iPad updates in the past 10 years, with a potential redesign and several other key upgrades thought to be on the way.

While the device wasn’t announced at Apple’s September event, an official reveal might just be weeks away.

Here’s everything we know about the the iPad (2022) right now, from release date and pricing speculation to the latest design and feature leaks. We’ll update this article as news breaks, so be sure to bookmark the page and check back frequently for the latest details.

The release of the redesigned entry-level iPad is yet to be confirmed by Apple, but the release date of previous generations provides a rough guide.

The latest 9th-gen iPad was unveiled on 14 September 2021, while the 8th- and 7th-gen iPads were released on 15 September 2020 and 12 September 2019 respectively. It seems that Apple prefers a yearly mid-September update for its entry-level iPad then, but we can go a step further because Apple tends to hold events on Tuesdays.

However, the company has bucked both these trends in 2022. Not only was the September event held on a Wednesday (7 September), there was no mention of any new iPads. In the past, that might have meant waiting until 2023, but in the era of virtual events it looks like the next one is just around the corner.

Indeed, an August 2022 Bloomberg report citing sources with knowledge of the matter claims that iPadOS 16 has been delayed until October 2022 to match the release of an upcoming iPad. Considering only the entry-level iPad and iPad Pro are rumoured for a 2022 refresh, it’s safe to assume author Mark Gurman’s sources are referring to those models. Apple later confirmed the iPadOS 16 delay, lending more credence to the claim.

9to5Mac sources also suggested a shift to an October event before the September event took place, and claims that the heavily upgraded entry-level iPad will make an appearance.

However, in a late-September report, Bloomberg’s Mark Gurman now suggests that we might not see an October event after all. Discussing the rumoured event, Gurman suggests that Apple could instead announce the updated products via press release.

It’s not an alien concept – Apple launched the current iPad Pro range via press release back in 2021 – but it’s certainly a surprise given Apple’s autumnal event calendar over the past few years, particularly as the entry-level iPad is said to be quite the upgrade.

So, while it looks like we will be seeing a new iPad sometime in October, the jury’s out over whether it’ll be announced at an event or simply via press release.

If you can’t wait that long to get a new iPad, the current 9th-gen iPad remains a solid entry-level choice. Take a look at our iPad 10.2in (2021) review to find out more.

When it comes to pricing, the iPad is the entry-level tablet in Apple’s collection, meaning the price shouldn’t change too much. If Apple raises the price, it risks putting off those on the market for a budget-focused tablet. Considering Apple has plenty of expensive tablets, it makes sense for the iPad to stay at an affordable price point.

The current iPad starts at £319/$329 with 64GB of storage, which is actually a £10 discount on the previous-gen model in the UK. We assume that the price would be similar, if not identical, for the 2022 model, but there’s no solid news either way at this early stage.

We cover where to buy the iPad 10.2in (2021) separately if you want to bag a bargain on the latest iPad right now.

What to expect from the next-gen iPad

It’s early days for iPad 10.2in (2022) rumours, but there are a few elements that are practically a given with every iPad release.

To say the design of the iPad is long in the tooth is a bit of an understatement, with the last radical design change coming about with the release of the second iPad ever back in 2011. But after 11 years of waiting, rumours suggest we could finally see a redesign to match that of the rest of Apple’s tablet range.

The first whispers of a potential redesign come from Display Supply Chain Consultants (DSCC), which in a 2022 quarterly report discusses future Apple products and the company’s entry-level tablet in particular. According to the report, Apple is gearing up to redesign the iPad with the angular edges and full-screen display of its more premium siblings.

Analyst (and author of the report) Ross Young went a step further on Twitter, suggesting that the 10.2in display will be different this year – though he doesn’t allude to whether it’ll be bigger or smaller. Logic suggests the former, but that does run the risk of potentially cannibalising the premium 10.9in iPad Air.

Interestingly, separate 9to5Mac sources also suggest a shift in the display department, claiming in a June 2022 report that the new iPad will “feature a Retina display of the same resolution as the iPad Air’s display” though sources didn’t detail whether this means a jump to the older 10.5in display, or the newer 10.9in display.

The source does note that even if it’s 10.9in, more modern display specs – like wide colour gamut and DCI-P3 support – will stay exclusive to the Air range.

That’s not all either. The report also claims that Apple is gearing up to ditch the Lightning port for an upgraded USB-C port, with improved data transfer speeds and the ability to easily connect it to external displays, pointing towards a potential redesign of the overall tablet.

It is worth noting that the source provided no detail on whether a full redesign is indeed on the way, but given the changes to the port and display, it’s looking more and more likely.

CAD renders of the alleged 2022 iPad appeared online in early August, seemingly confirming the refreshed design, complete with angular edges, a rear-facing camera bump and a larger display, though it also comes with a particular surprise.

While some had expected the entry-level iPad to sport the same full-screen design as the rest of the iPad collection, the renders seem to depict a Home button embedded beneath the display. It’d be an easy way to differentiate between the redesigned iPad and the more expensive iPad Air, while also appealing to those who prefer to use a Home button in place of gestures, so it could be a smart move from the company.

AppleInsider has since created high-quality renders based on the leaked CAD files, helping envision what the next-gen iPad might look like if the leaks are true.

That much was backed up in a now-deleted tweet from leaker @Dylandkt, who suggested that this year’s iPad would feature the A14 Bionic alongside upgraded Bluetooth 5.0 and Wi-Fi 6, and 9to5Mac sources also point towards the A14 Bionic chipset as the chip of choice. A 30% boost in performance isn’t to be sniffed at, after all!

The 9to5Mac report also suggests this could be the year we see the jump to 5G, with the entry-level iPad now one of few Apple devices – and the only tablet – still on 4G LTE connectivity.

We don’t expect much of a change in the camera department, considering the current iPad has had quite the camera upgrade – in the front-facing department anyway. The rear-facing camera is a little more lacklustre compared to other iPads, but even on Apple’s top-end Pro model, the camera quality isn’t comparable to that of smartphones, so we’re not expecting big things on that front.

As well as leaks and rumours, we know what we’d like to see from the next-gen tablet.

The entry-level iPad stands alone in its design language, with every other iPad in Apple’s current collection making the move to a more angular, industrial design that ditches the Home button for a more full-screen experience. It’s not a huge dealbreaker, but it’d certainly unify the collection – something very ‘Apple’.

An upgraded design would be nice visually, but more importantly, it’ll allow the entry-level iPad to offer support for newer, better accessories like the second-gen Apple Pencil that magnetically attaches to the side of supported iPads, and if there’s a Smart Connection on the rear, it might even be able to use the Magic Keyboard.

It’s more premium, which flies against the entry-level nature of the tablet, but the performance of the accessories far outperforms that of their first-gen counterparts.

Besides, saving money on the iPad itself – by buying an iPad over an iPad Air for example – could allow you to buy more premium accessories. C’mon Apple, give people the option!

The iPad 10.2in (2021) does technically have stereo speakers, but both are situated at one end of the tablet. That’s a stark difference to just about every other iPad in Apple’s collection, with speakers on top and bottom for a more expansive audio experience that recalibrates depending on the orientation of the tablet.

That will only be possible with a redesign, so let’s hope Apple’s about to make the move on the entry-level iPad.