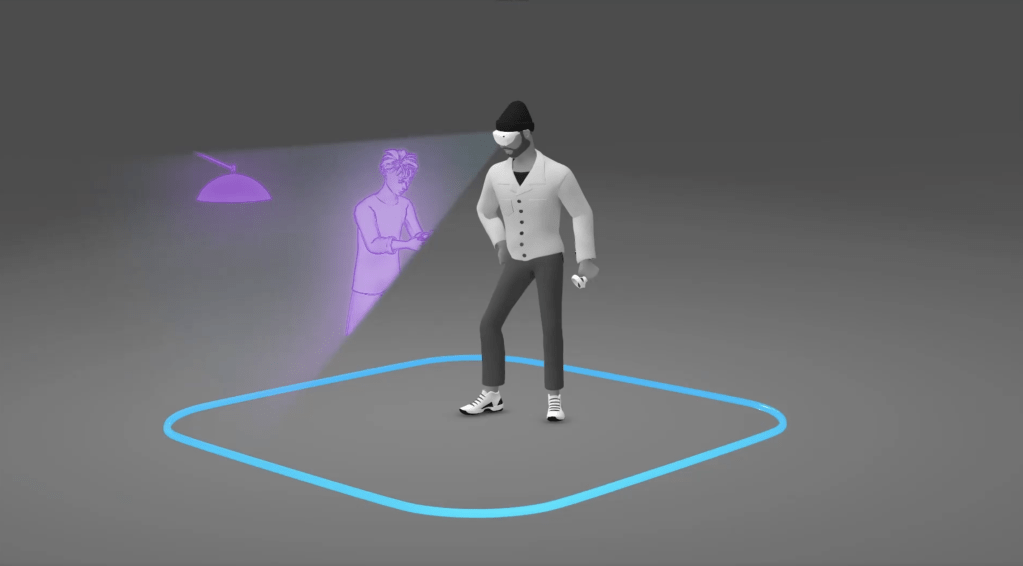 The Guardian System has been a staple of the Oculus virtual reality experience since the early days, giving you a good idea of your available play space so you don’t wander too far and bump into furniture, walls or people during your VR adventures.

It’s a great feature that has no doubt stopped many from being injured in VR, but what happens when somebody – or even a pet – enters your play space? As any seasoned VR user will know, it never ends well, but there has been no way to avoid it – until now.

Facebook, or rather Meta, has revealed Space Sense, the first substantial upgrade to the Guardian System since its inception, making it possible for the Oculus Quest 2 to detect people, pets and other objects as far away as 9ft that enter your play space. Depicted as outlines, you’ll be able to see exactly where they are in the real world, but there’s a catch – it’s not enabled by default.

Worry not; we at Tech Advisor know our way around the Quest 2, and we take you through the steps of enabling Space Sense right here.

How to enable Space Sense on the Oculus Quest 2

While Meta has introduced Space Sense as part of the Oculus Quest 2’s v.34 software on 1 November 2021, it’s still classed as an experimental feature. That means that, while you can use the functionality right now, it might not work as intended the entire time. Still, hand tracking was an experimental feature at one time, and look at how well that works now!

So, if you want to throw caution to the wind and get the heads-up when people, dogs or anything else enters your virtual play space, follow these steps to enable Space Sense on the Quest 2:

That’s it! You should be alerted to the presence of friends, family members and even pets as far away as 9ft if they enter your play space. Hopefully, that’ll be enough to stop ‘accidentally’ hitting those that pass too close when you’re in the heat of the moment, eh?

It’s worth noting that, unfortunately, the experimental functionality is exclusive to the Oculus Quest 2, with the original Quest and (discontinued) Rift S owners left out in the cold on this one. The Space Guardian functionality is only compatible with larger play spaces, not stationary tracking, at launch too, though this may change down the line.