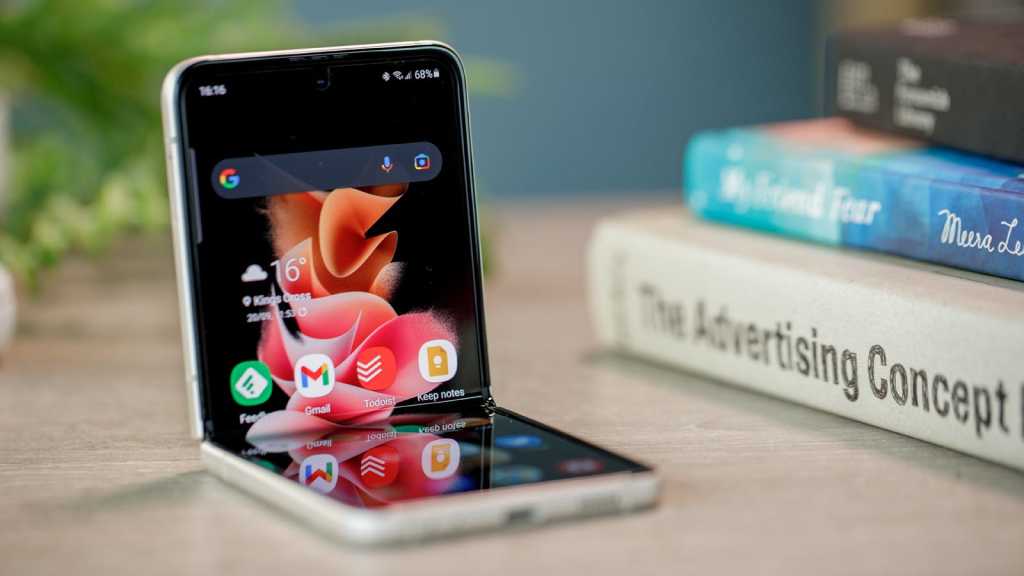 Foldable smartphones are all the rage at the moment, offering a different smartphone experience to that provided by the glass slabs we’ve been using up until this point.

Though the tech is bleeding edge, the price has slowly come down over the past few years, with this year’s Galaxy Z Flip 3 available at just £949/$999 – the first foldable to drop below a grand.

While that’s a tempting enough price for such an impressive smartphone, it’s even cheaper as part of various Black Friday deals.

For a limited time in the UK you can pick up the Samsung Galaxy Z Flip 3 for just £799 at Amazon or direct from Samsung. That’s a whopping £150 discount on a smartphone that was only released in August 2021, and it’s available on all colour variants of the entry-level 128GB model, making it a truly tempting offer for those that want a different smartphone experience.

If you do want more storage, the £150 discount also applies to the top-end 256GB model, bringing the price down from £999 to just £849, and it’s available on all four finishes too.

There’s an arguably even better deal from Samsung’s own store though. The manufacturer has only cut $100 off the asking price of the phone, but is also throwing in a free pair of Galaxy Buds 2 – new headphones that launched alongside the Flip 3 and cost $149 in their own right.

The Samsung Galaxy Z Flip 3 is easily one of the most capable foldable phones out there right now, with the latest-gen clamshell fixing many earlier complaints about foldable technology.

For one, it’s much more durable this time around, and it’ll even repel water with an IPX8 water resistance rating, and the Cover Screen has grown in size to be more useful when the phone is in its folded form.

General folding form factor aside, the Galaxy Z Flip 3 packs the Snapdragon 888 along with 8GB of RAM, 5G, Wi-Fi 6 and wireless charging as standard, so it’s a capable smartphone in its own right – but it’s admittedly not perfect.

While we adored the foldable in our Galaxy Z Flip 3 review, calling it the “real deal” for those tempted by the idea of a foldable, there are still drawbacks – namely in the battery life and camera departments, sporting the same 12Mp rear cameras and 10Mp front-facing camera as its predecessor, and a rather lightweight 3300mAh battery.

Still, if you can overlook those factors, the Samsung Galaxy Z Flip 3 is a stellar foldable smartphone – so much so that it was voted our Flagship of the Year 2021 – and it’s undeniably tempting at its lower price this Black Friday. You’d better be quick if you’re tempted… .