OnePlus is no stranger to special edition phones, or gaming tie-ins. That said, I can’t imagine anyone predicted the announcement of the Nord 2 Pac-Man Edition.

Pac-Man isn’t exactly cutting-edge tech, nor does it tie-in to OnePlus’s frequent branding around speed – is a Sonic phone next?

What Pac-Man does offer is a strong aesthetic and instant brand recognition. For many people this is – or at least was for a long time – the default association with videogames. The Pac-Man Nord 2 leans hard into both.

Let’s take the aesthetic first, where I’ll admit OnePlus has had mixed success. The hardware here looks much like the original Nord 2, but a surprisingly small – and subtle – Pac-Man is found lurking under the camera module, with a grid of dots dotting the phone’s rear for him to munch through. If anything the move to a punchy blue alert slider is more noticeable at a glance, and is perhaps my favourite touch here. 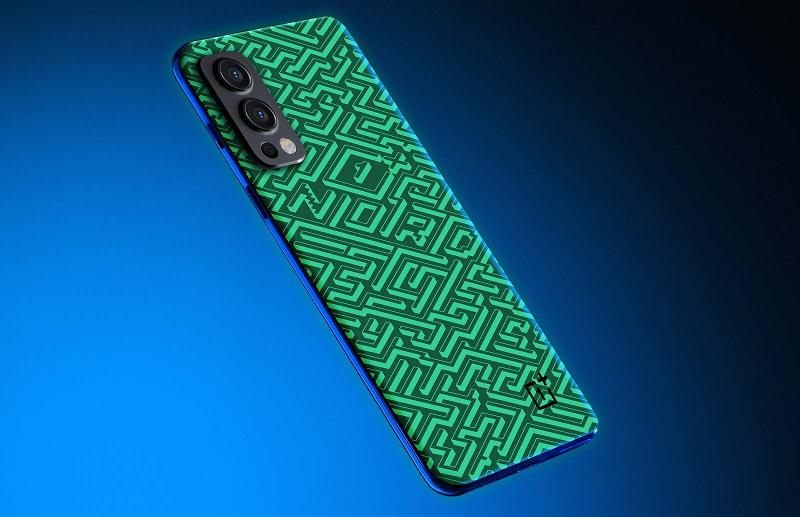 Switch the lights off and things change. The rear of the phone illuminates with a glow-in-the-dark labyrinth for the iconic yellow sphere to navigate. At least, it does in theory.

In practice, it sort of faintly gleams unless you get it somewhere genuinely pitch black, so lower your expectations a little. In fact, it’s so dim, we really struggled to even get a photo where the effect showed up – the above shot is a OnePlus promo image, but in my experience the phone never got quite that vibrant. Throw on a case, even the transparent freebie included with the phone, and it’ll be harder to spot.

I’m not saying the effect isn’t cool – it still is – but I certainly wouldn’t buy the phone specifically for that unless you think you’re likely to get a lot of excuses to brandish it around dark environments like da club. I, for one, do not. 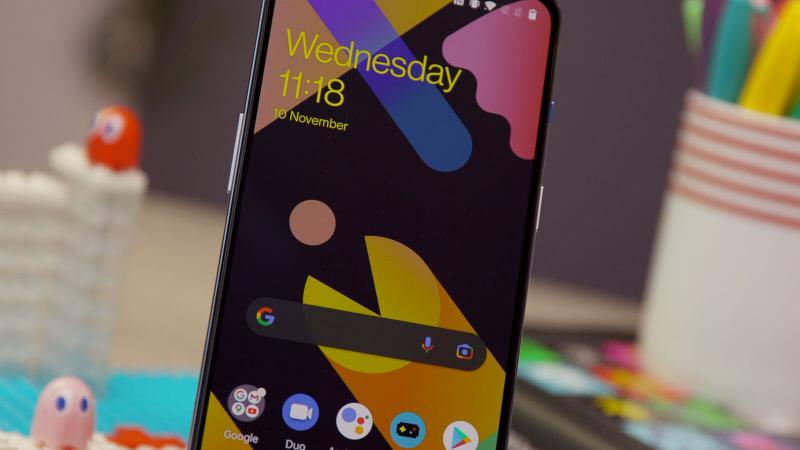 If the design of the hardware itself is in need of a power-up, the software is at least three Power Pellets deep and chowing down on some not-so friendly ghosts. Ahem.

Pac-Man runs through almost every element of this phone’s software, from the first time you boot it up through to the camera app. There’s a range of Pac-Man wallpapers – both animated and static – along with ringtones and alert sounds. There’s a pixellated icon pack for the core OnePlus apps. Even the colours of the OS have been tweaked, with bright blue and yellow accents all over the place.

That’s not even mentioning the actual game Pac-Man 256, a mobile take on the yellow icon that comes pre-installed with the phone. 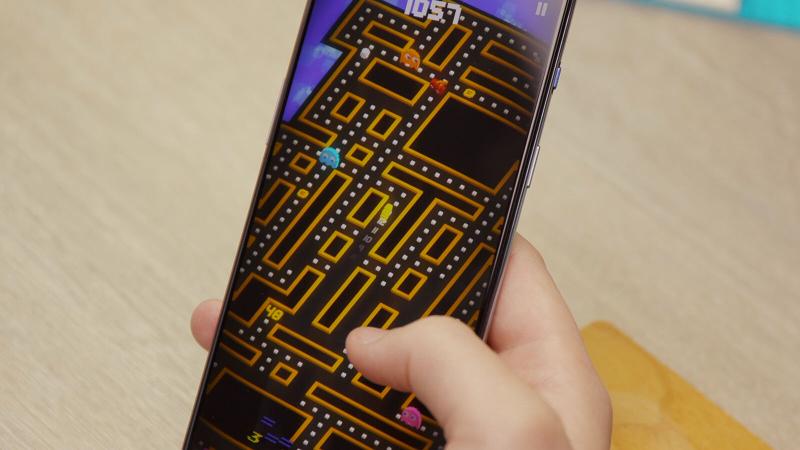 Other touches are more subtle. Swipe between panes of the control centre and a mini Pac-Man chomps through a dot to the next slide. The fingerprint sensor icon is a labyrinth with Pac-Man at its heart. A new camera filter adds animated ghosts darting across the display.

Get past those and things get even harder to spot. OnePlus says that the phone is packed with easter eggs that unlock more wallpapers, ringtones, and other goodies. Despite my best efforts I’ve only found one – tied to Pac-Man’s perfect score – so I reckon fans willing to put in the legwork will find that digging these all out could keep them occupied for a while.

Gamifying the very phone itself this well feels like OnePlus’s biggest win here. It’s a gimmick, sure, but it’s fun. And if there’s one thing that a limited edition gaming-themed phone should be, well… 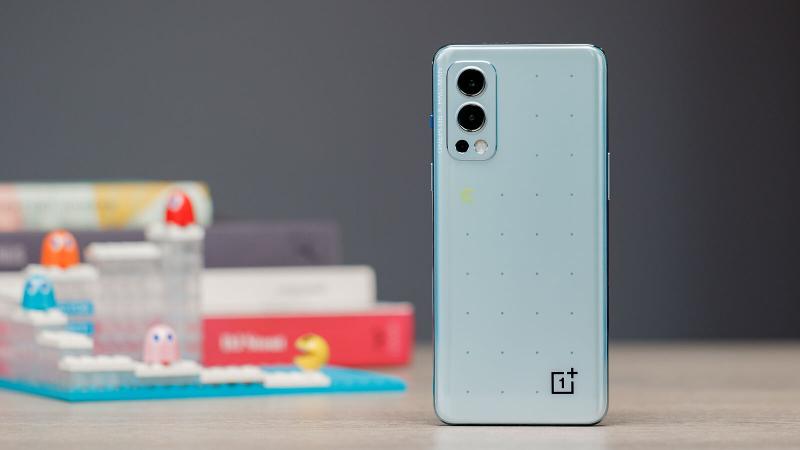 Otherwise, this is a Nord 2. And that’s no bad thing – after all, we just gave the phone our Mid-Range Phone of the Year Award. You’ll get the same core specs – a MediaTek Dimensity 1200-AI chipset, 50Mp main camera, 4500mAh battery, 65W charging, and 90Hz AMOLED display. It’s only available with 12GB RAM and 256GB storage, the more powerful of the original Nord 2’s dual SKUs.