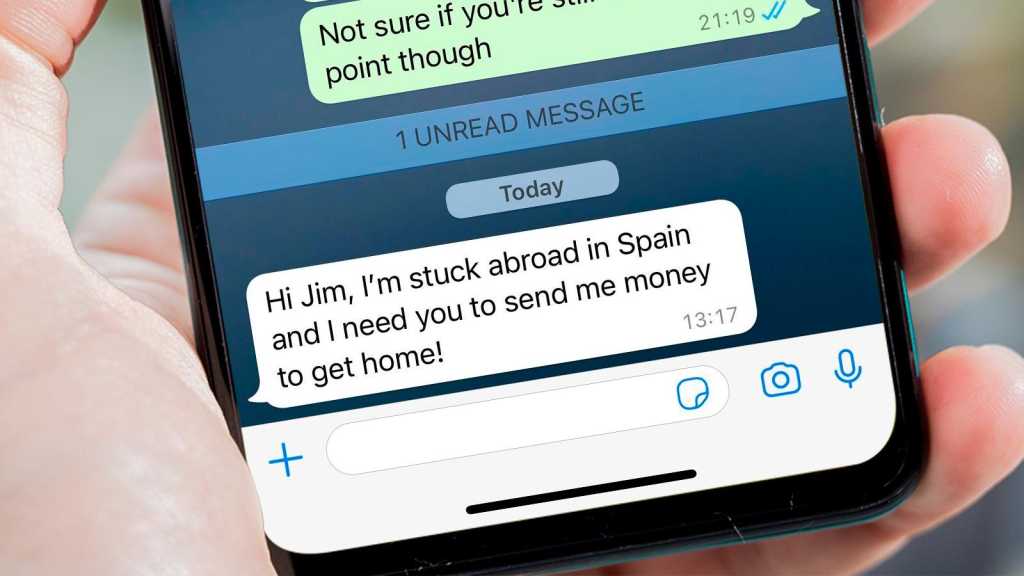 Another day, another warning about the staggering increase in scams. Now, WhatsApp itself is telling its users to watch out for fake messages and offering tips on how to protect themselves.

In a UK survey carried out for WhatsApp in October 2021, 59% of respondents said they had received a scam message over the past year or know someone who has. 46% of these were sent as SMS, but 13% were on WhatsApp. And it says those numbers appear to be increasing.

WhatsApp’s new Stop. Think. Call. campaign, which is run in association with Citizens Advice and National Trading Standards, specifically calls out a few ‘friend in need’ scams that have increased over the last year or so.

In short, this is how they work:

There are, of course, many variations on these and the new campaign aims to increase the awareness of these scams. At its heart is a tip that we’ve offered to Tech Advisor readers before: if you’re suspicious, call the person and ask if the message is genuine. Is it really them asking for money? Don’t simply assume because the message appears to be from someone you know, it’s actually from them. 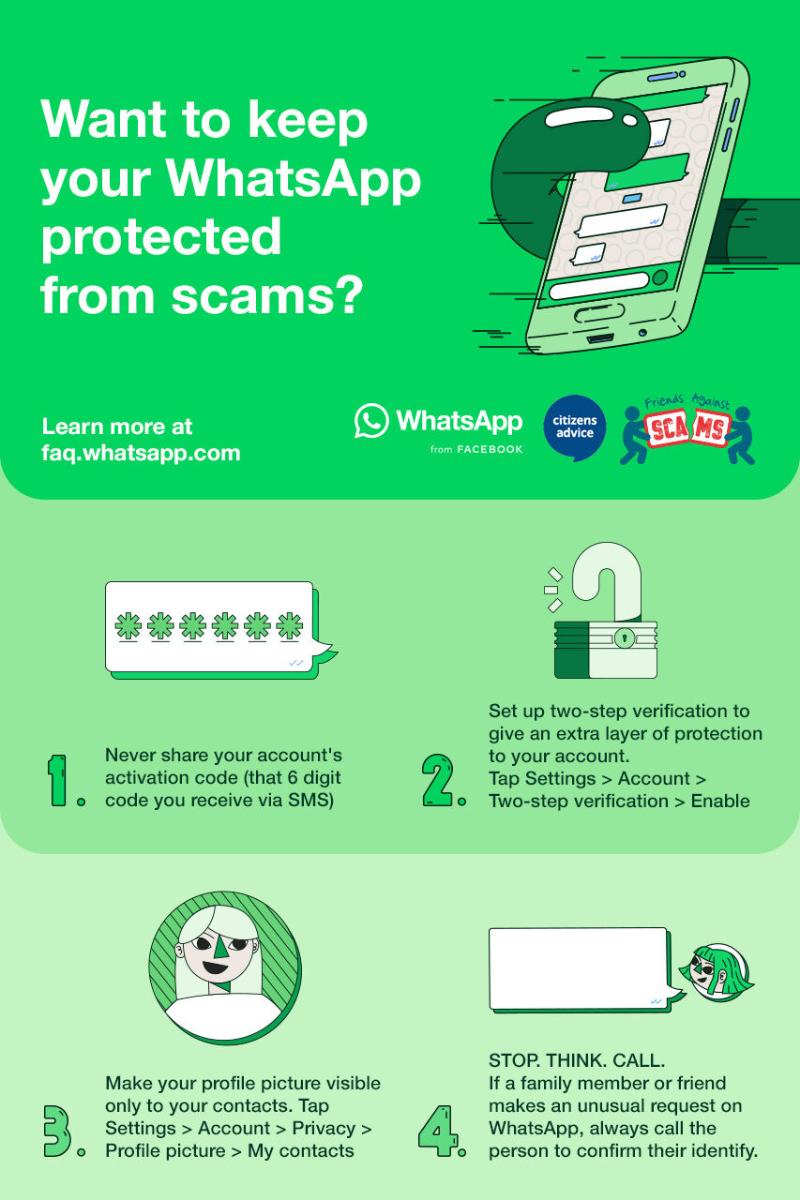 There’s no doubt that SMS scams are increasing, as most members of the Tech Advisor team have received at least one. They’re not always from people you know. Scammers also impersonate well-known companies and fake delivery messages are also common.

WhatsApp’s research shows that younger people (under 34) are 10 times more likely to use text-based communication than older people, and this puts them more at risk of being scammed by such messages.

And as we’ve seen from previous research, under-34s are five times more likely to fall victim to a scam than older users, who tend to be more wary and careful of clicking on links and sending details or money.

Kathryn Harnett, Policy Manager at WhatsApp, said “WhatsApp protects our users’ personal messages with end-to-end encryption, but we want to remind people that we all have a role to play in keeping our accounts safe by remaining vigilant to the threat of scammers. We advise all users never to share their six-digit PIN code with others, not even friends or family, and recommend that all users set up two-step verification for added security. And if you receive a suspicious message (even if you think you know who it’s from), calling or requesting a voice note is the fastest and simplest way to check someone is who they say they are. A friend in need is a friend worth calling.”