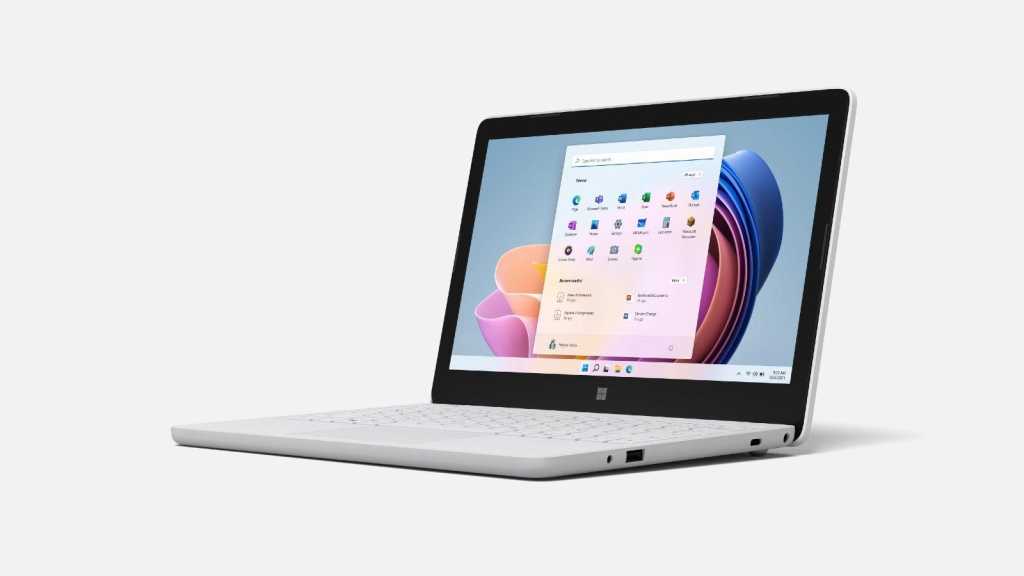 With Windows 11 SE, and a brand new, low-cost laptop, Microsoft is making a second attempt to go after Google’s Chrome OS and Chromebooks.

They’re primarily for education use in schools, where Chromebooks are already a popular choice. Windows 11 SE is specifically designed for students aged 14 and under (K-8). The Windows 11 spin-off will arrive on the new Surface Laptop SE first, but devices from the likes of Acer, Dell, HP and Lenovo are all expected in 2022.

Windows 11 SE has the same core look and feel as Windows 11, feeling like the natural evolution of the now-cancelled Windows 10X. Changes to the user experience are relatively minor, and have only been made after receiving feedback on the current crop of cheap Windows laptops.

Apps now launch in full-screen by default, while Snap Layouts have been simplified to just allow side-by-side multitasking. The Widgets panel has also been removed entirely, as it’s primarily focused on entertainment and not productivity.

Unlike Windows 10 in S mode, which was Microsoft’s first attempt at a ChromeOS rival, Windows 11 SE devices can access third-party apps not available in the Microsoft Store.

In fact, the Microsoft Store itself isn’t available at all in the new OS, with IT admins controlling which apps are installed from a list that Microsoft has approved. The full range is yet to be revealed, but does include Zoom and Google Chrome.

Microsoft has also announced a new laptop which runs Windows 11 SE. At just US$249 (international pricing has not been revealed), the Surface Laptop SE is the cheapest Surface computer by some distance.

At this price, compromises are inevitable. The 11.6in LCD display is smaller than any Surface Laptop to date, and has resolution of just 1366×768. It also has a chunky bezel and a 16:9 aspect ratio, something we haven’t seen on Surface hardware for several years.

The Surface Laptop SE is powered by Intel’s entry-level Celeron N4020 or N4120 chips, alongside 4 or 8GB of RAM – all components that are widely used in Chromebooks.

Microsoft has also committed to repairability on the Surface Laptop SE, meaning the display, battery keyboard and motherboard can all be replaced relatively easily using standard screws.

The Surface Laptop SE will arrive in the UK, US, Canada and Japan in early 2022, with the $249 starting price getting you 4GB of RAM and 64GB of storage. Doubling both of those will cost you $329, although the device is exclusively available to students and schools, not consumers.

However, that’s expected to be just the beginning for Windows 11 SE. Acer, Asus, Dell, Dynabook, Fujitsu, HP, JK-IP, Lenovo and Positivo have all committed to releasing Windows 11 SE laptops, likely at some point in 2022.

We discussed Windows 11 SE and the Surface Laptop SE in episode 91 of Fast Charge, our weekly podcast: