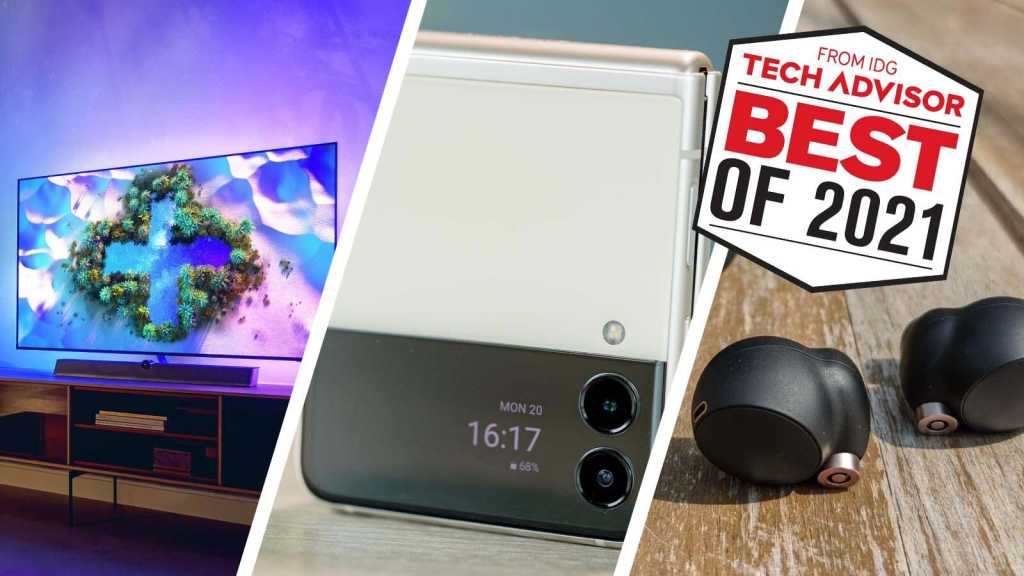 2021 certainly hasn’t been a normal year, but it hasn’t stopped manufacturers from launching new devices. We’ve been able to continue reviewing those devices, albeit from our homes rather than the office, and there have been some truly outstanding products that have impressed us this year.

Choosing just one phone or one laptop to be the team’s favourite isn’t an easy task though, but the 10 products below have been unanimously voted the best of their type by our team of expert reviewers and critics.

From the best wearable to the best appliance, these are the ten best tech devices of the year. 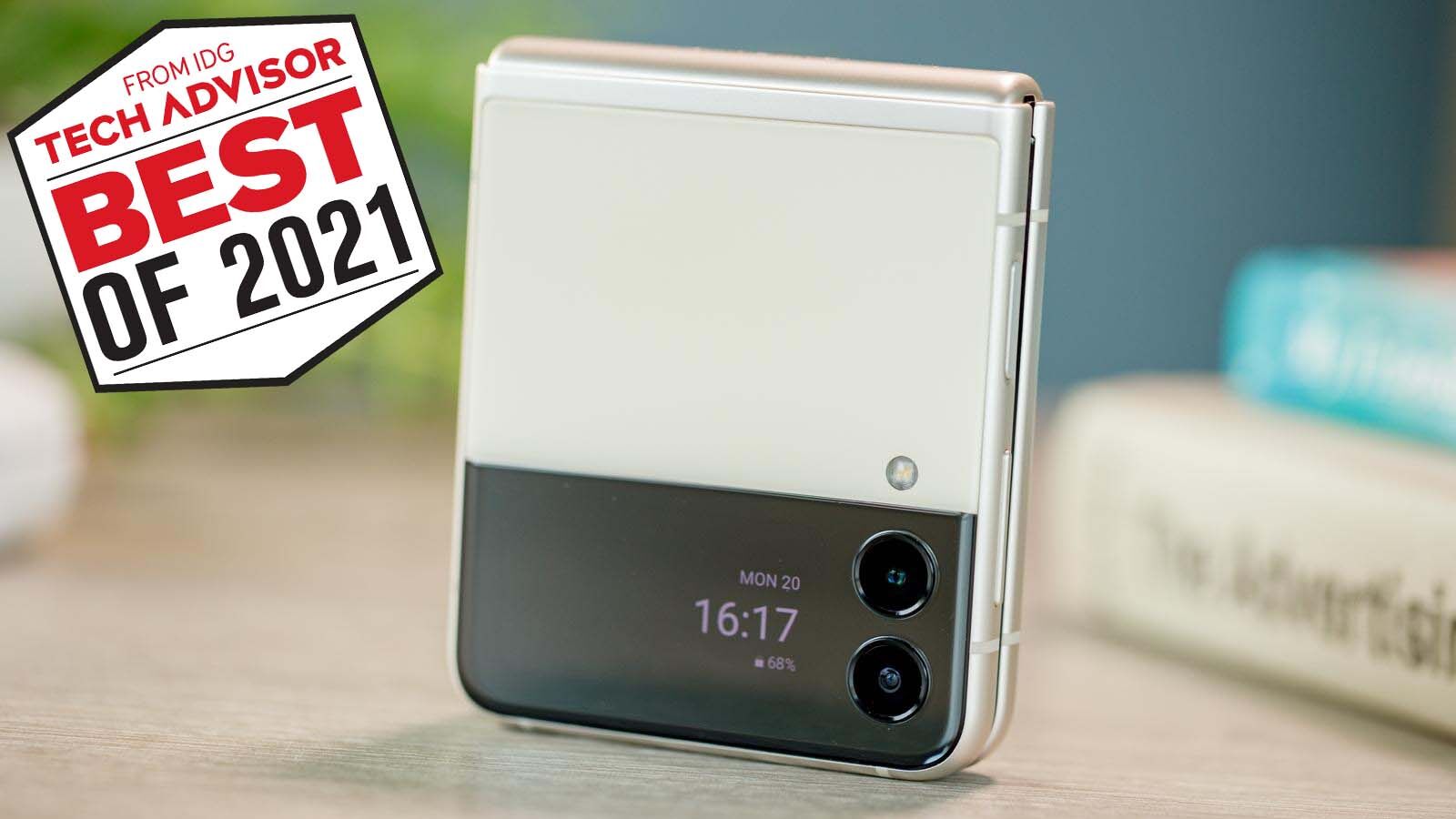 Building the best smartphone is a balancing act – one that gets more difficult to pull off as you move from budget, to mid-range, to flagship.

The Galaxy Z Flip 3 won’t be for everyone, and it’s not an all-rounder. But it’s proof that folding phones are ready for the big time, with only a few compromises you’ll have to make compared to other flagships around this price.

The processor is powerful, the software is meticulous, and the design is absolutely unparalleled.

Read more about why the Z Flip 3 is the best flagship phone of the year. 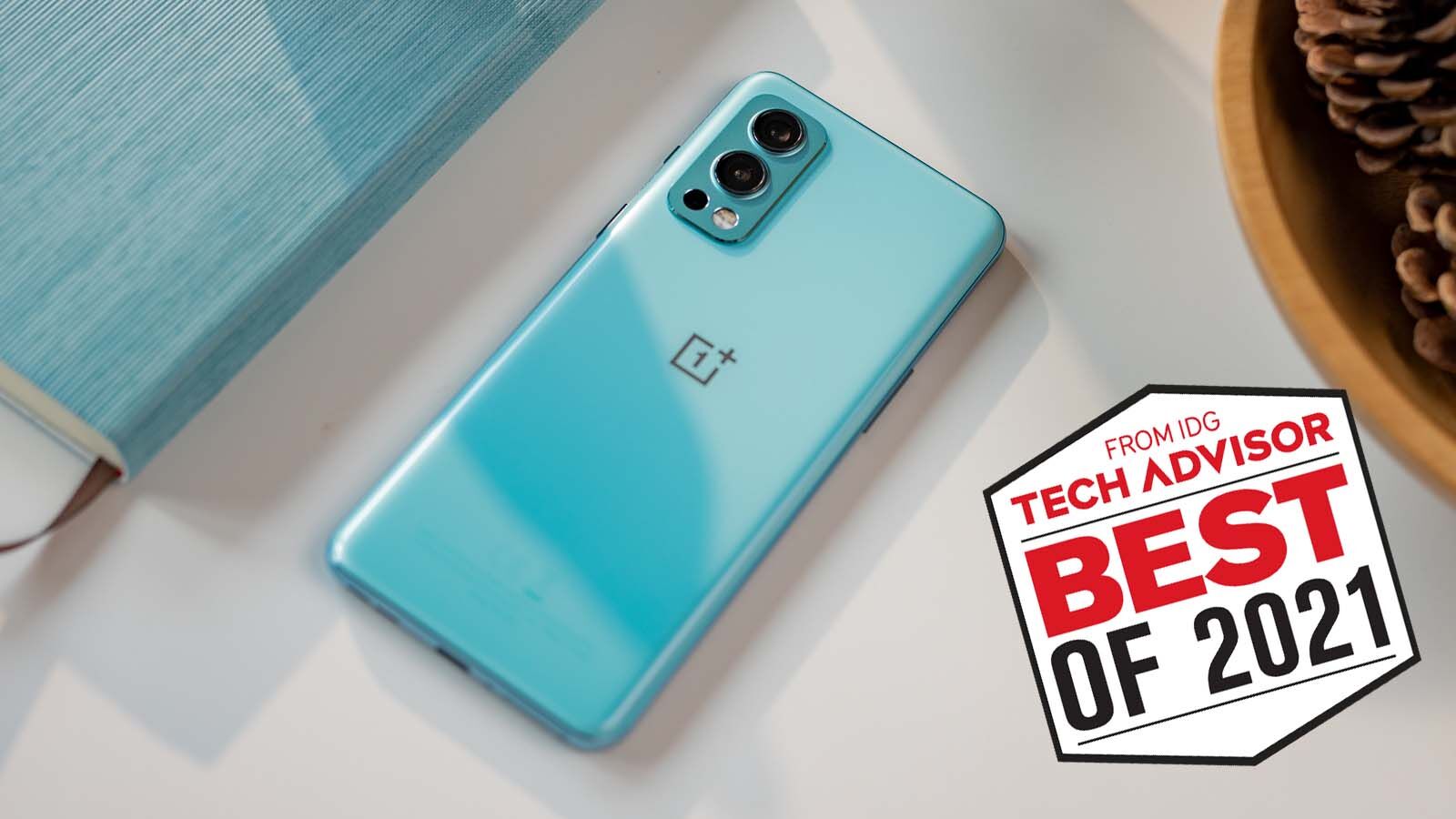 Last year the original OnePlus Nord was the inaugural winner of our 2020 mid-range phone award, so it seems only fitting that its successor should pull it off this year.

The Nord 2 shares much of what made us love the phone first time around, but upgrades the chipset to the flagship MediaTek Dimensity 1200-AI, while a camera overhaul ensures it’s powerful for photography too.

Really, it makes almost every other phone launched in 2021 look like bad value.

Read more about why the Nord 2 is the best mid-range phone of the year. 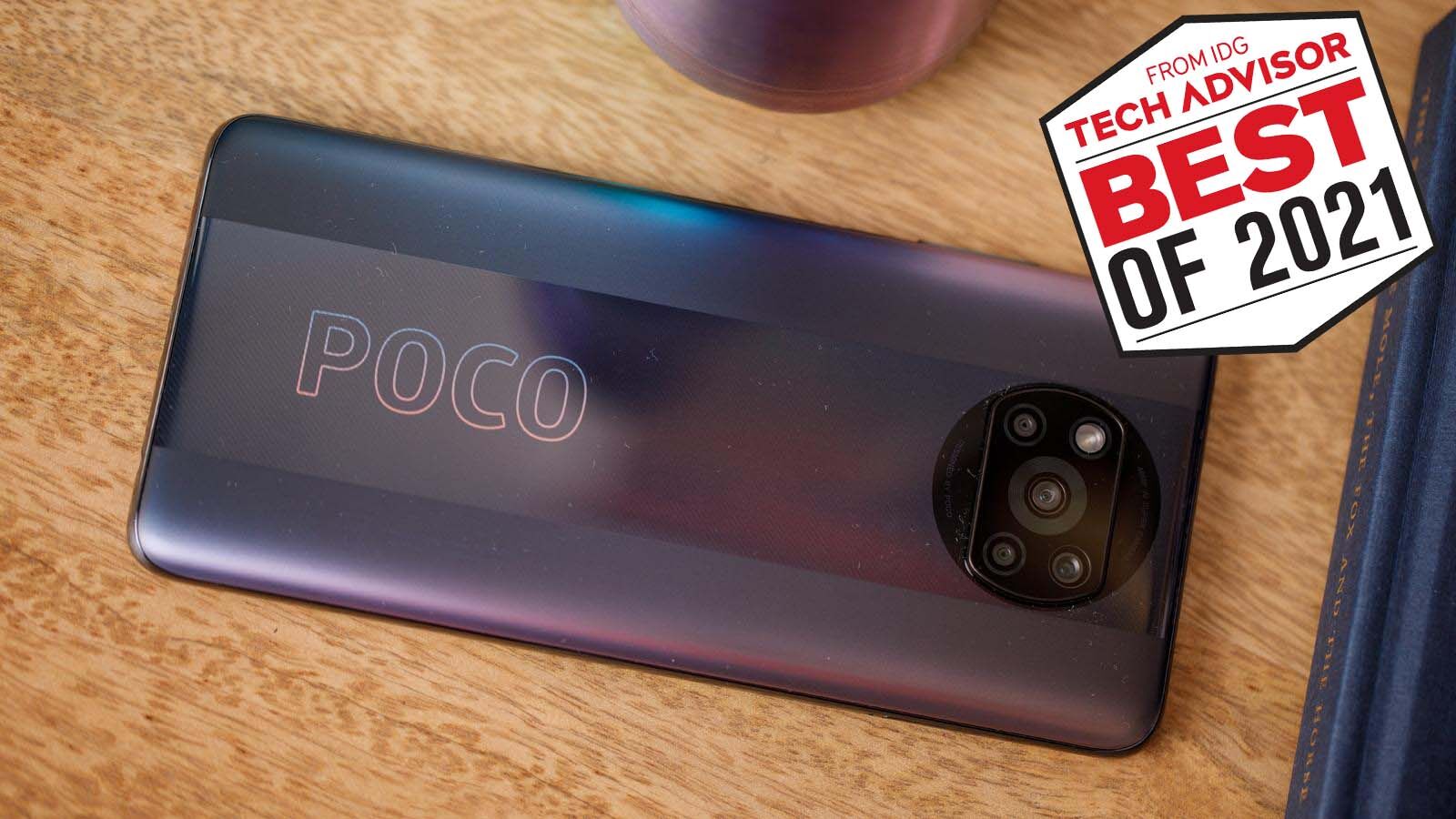 OnePlus aren’t the only company to pull off a double – the Poco X3 Pro is our favourite budget phone of 2021, just 12 months after the Poco X3 NFC was the winner last year.

Given the price, you’d be forgiven for thinking the 120Hz screen and flagship Snapdragon 8-series chipset were typoes. But the surprises continue with a quad-camera setup that isn’t rubbish (far from it) and some pretty fast charging.

The one niggle is that Xiaomi’s MIUI Android skin isn’t the best, and you might take exception with the design of the phone’s rear. But if you’re looking for sheer value, you’ll not find better.

Read more about why the Poco X3 Pro is the best budget phone of the year.

Laptop of the Year: LG Gram 17 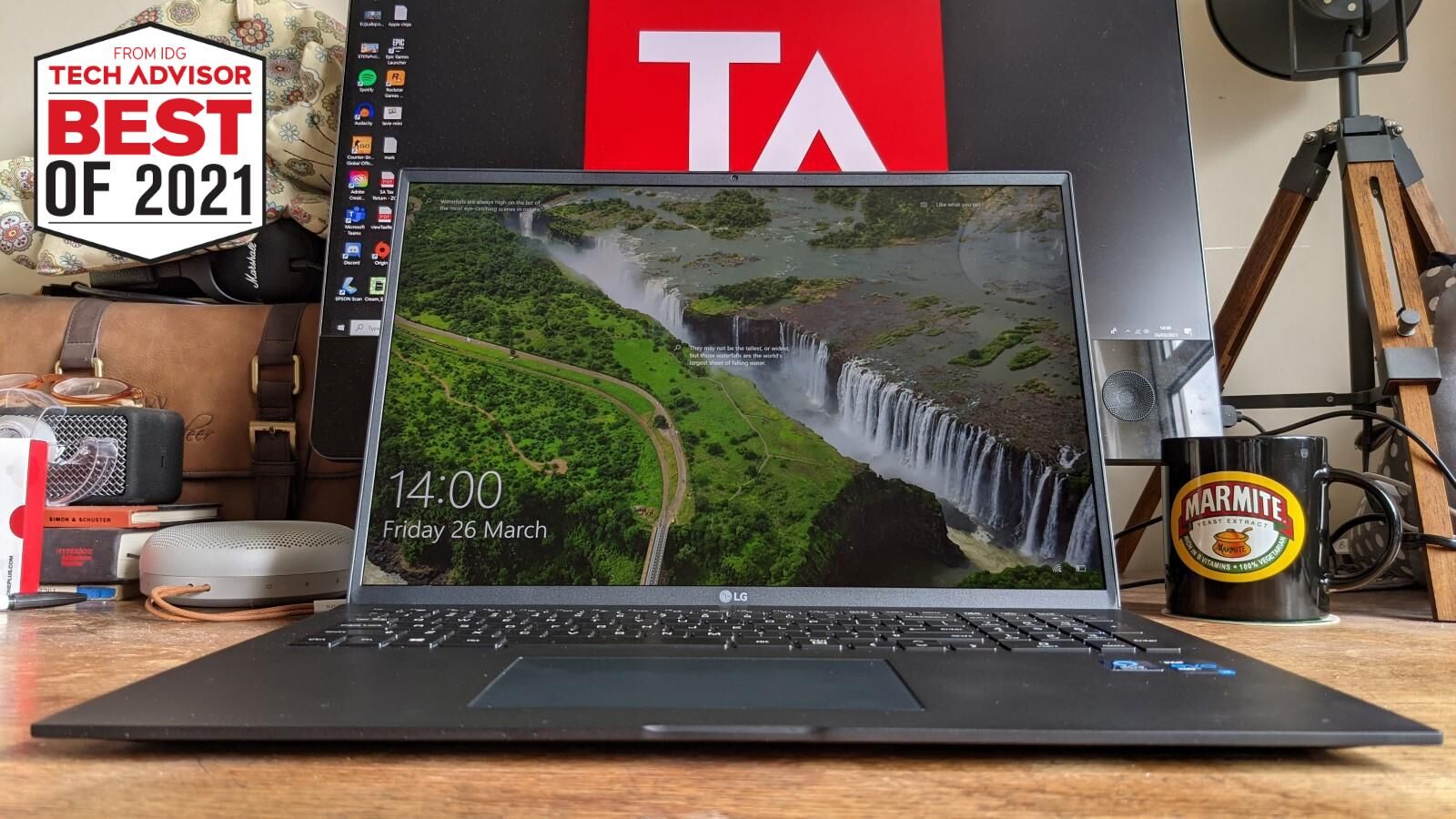 Picking our favourite laptop wasn’t at all easy, but in the end we had to give it to the LG Gram 17 for its combination of sheer specs and an astonishingly thin and light body.

The Gram 17 nails the fundamentals of a great laptop. It has a stunning, high-resolution display with slim bezels, excellent performance from Intel’s latest chips and battery life that rivals any laptop you can buy. There’s also an impressive range of ports, while the trackpad and speakers – key weaknesses of the 2020 model – have been upgraded to become selling points.

What’s arguably even more impressive is that no design compromises have been made to get there. The Gram 17 still has a sleek, premium design that you’d normally associate with much smaller devices. It doesn’t feel bulky at all, and weighs in at just 1.35kg.

Read more about why the Gram 17 is the best laptop of the year.

Tablet of the Year: iPad mini 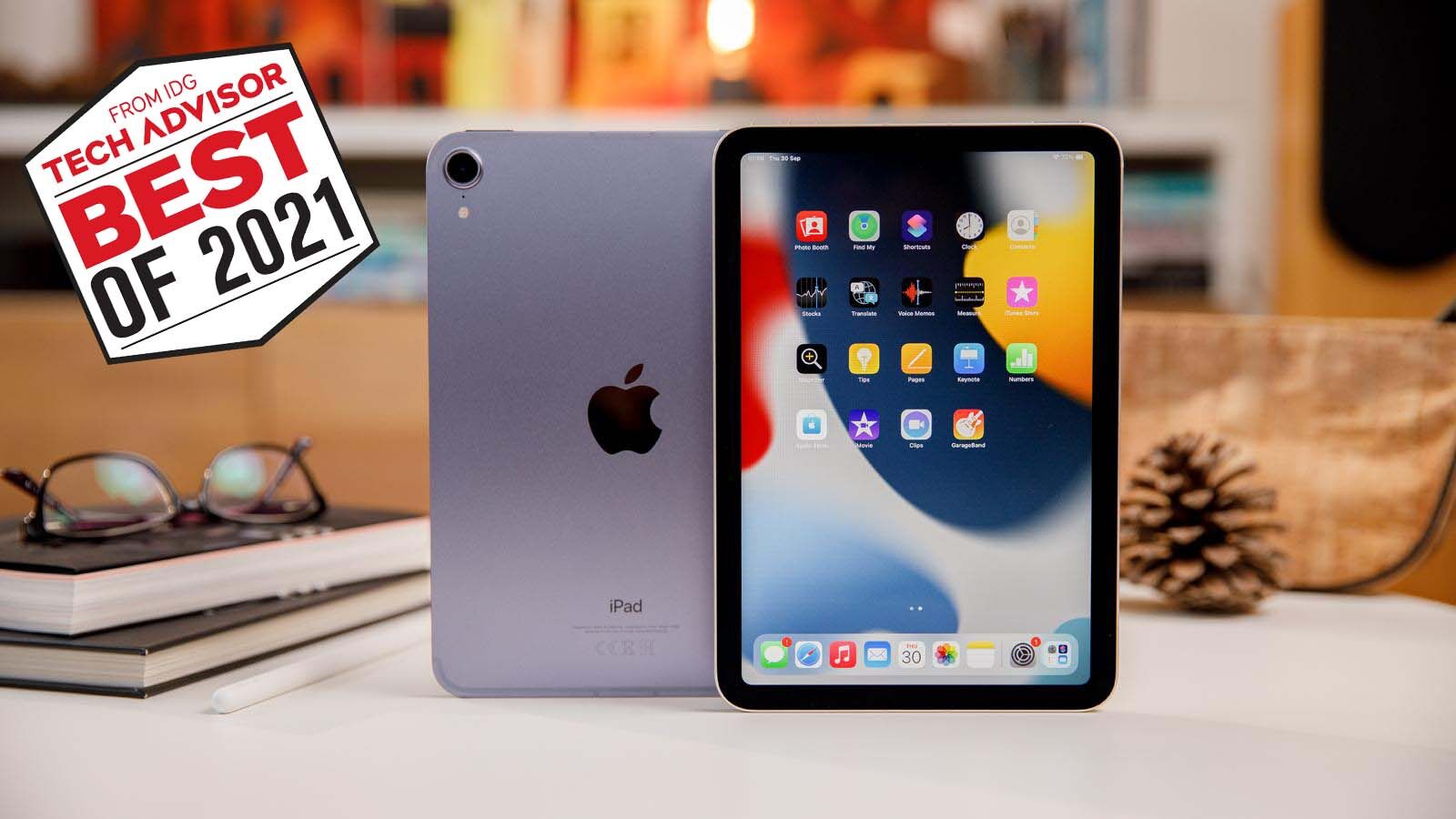 Our pick of Tablet of the Year has to go to this year’s iPad mini. The mini has always held a special place in the hearts of fans, offering a portable small-screen tablet experience unmatched by the likes of the iPad Air and iPad Pro range, and it finally got the TLC it needed in 2021.

Gone is the dated look, replaced by a full-screen design that brings it more in-line with the updated iPad Air and iPad Pro as well as recent iPhones, also allowing the screen to jump from 7.9in to 8.3in without a physical change in dimensions.

Couple that with support for the second-gen Apple Pencil, Apple’s latest and greatest A15 Bionic at its heart and a variety of apps to download and you’ve got the ideal tablet companion.

Read more about why the iPad mini is the best tablet of the year. 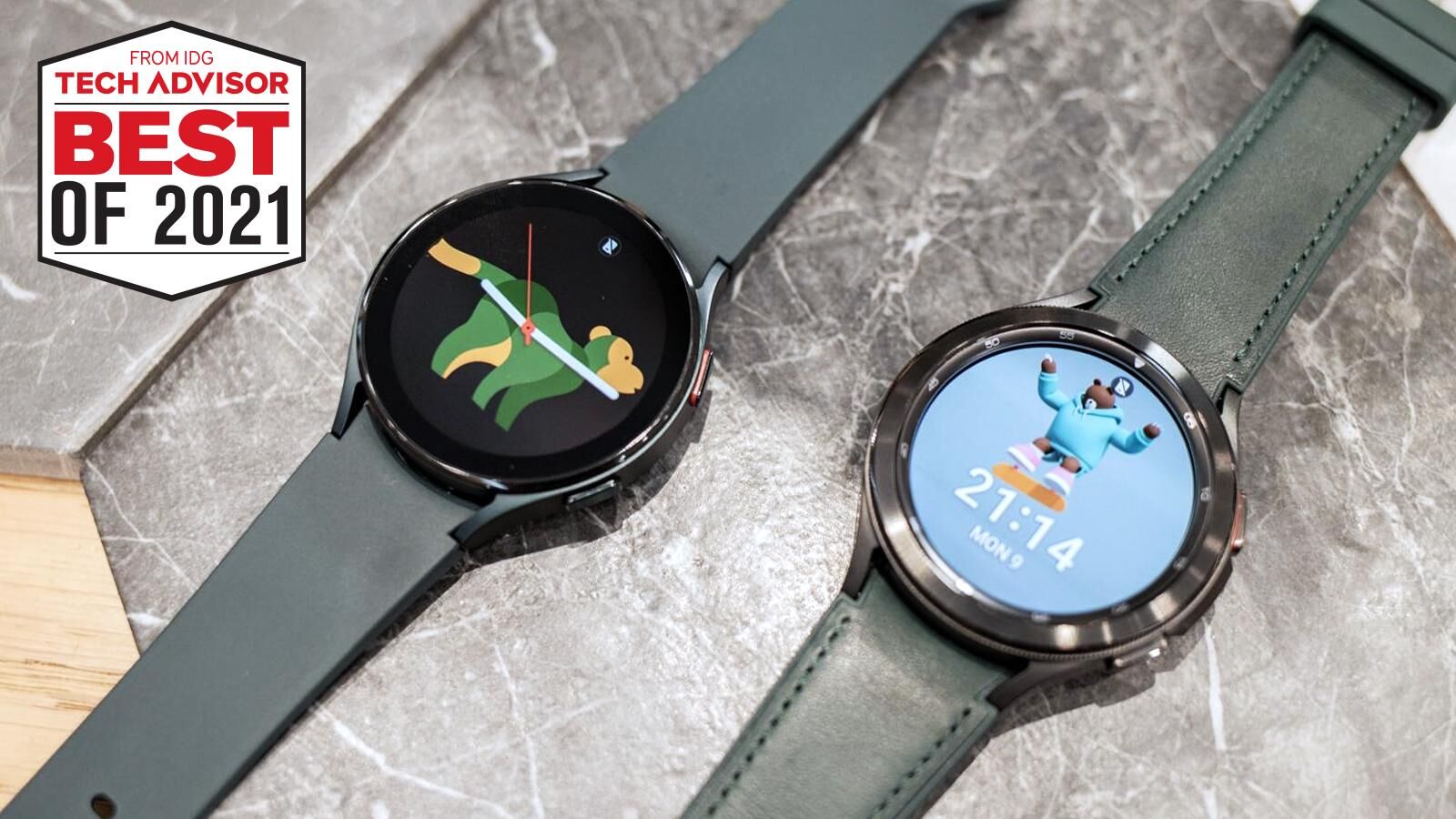 Samsung took a big risk this year, agreeing to sideline its established Tizen-powered wearables in order to help Google co-develop a new iteration of Wear OS, which it then debuted on its newest smartwatches, the Galaxy Watch 4 and Watch 4 Classic.

The gamble paid off, however, with a rich user experience that marries the best of Samsung’s existing smartwatch software sensibilities with access to a wider array of apps via the Google Play Store, not to mention features like Google Pay.

Beyond coming in two sizes each, the Watch 4 and Watch 4 Classic also represent two distinctly different styles of smartwatch – contemporary aesthetics for the standard model and more traditional timepiece stylings (including a rotating bezel) for the Classic – granting users more choice than ever before. What’s more, the Watch 4 Series also debuted a speedy new chipset and new health and wellbeing features, such as full body composition analysis; something no other mainstream smartwatch offers right now.

Read more about why the Galaxy Watch 4 is the best wearable of the year. 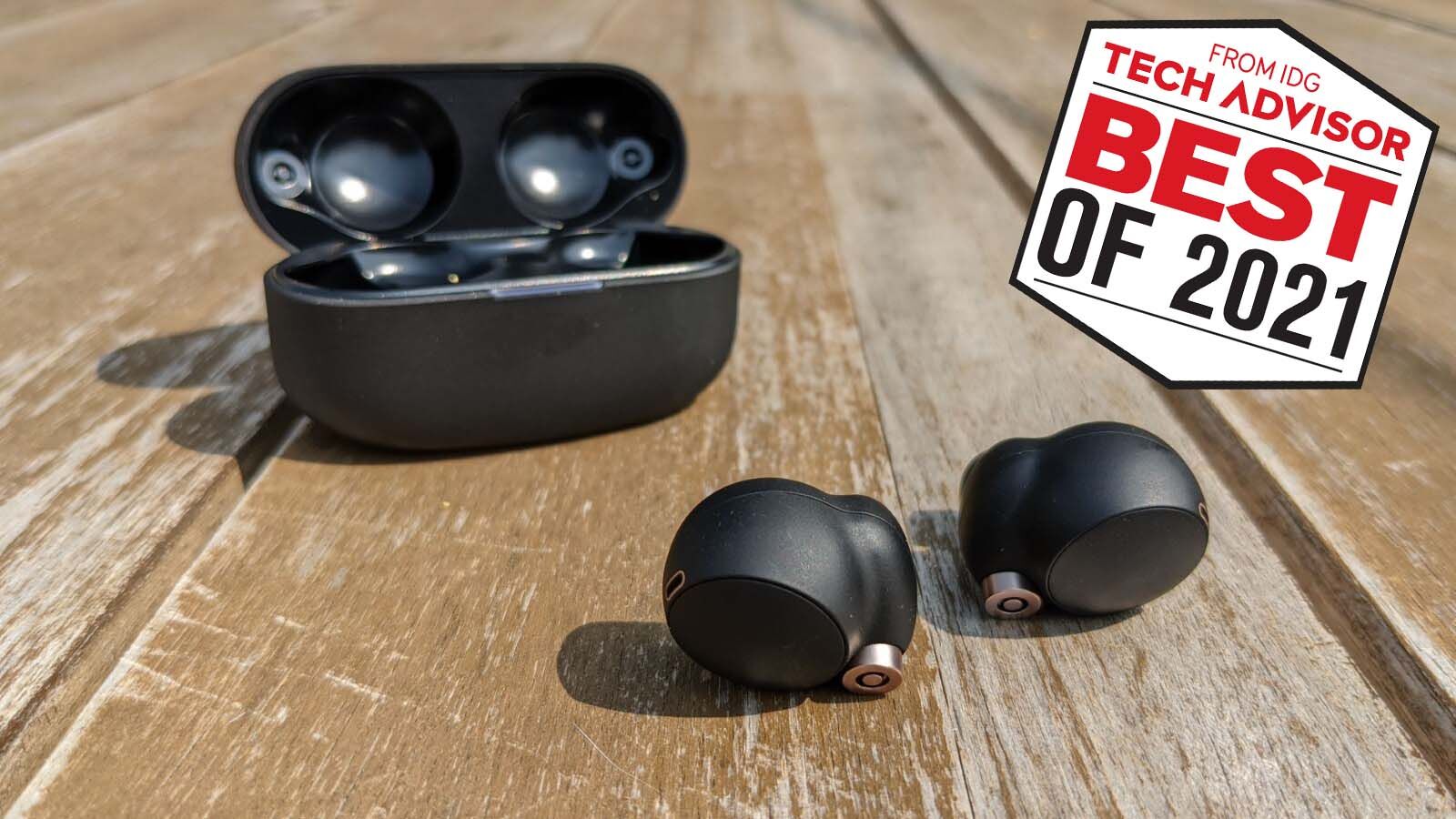 Sony took the best audio award last year and has done it again for 2021 with the wireless earbud version of its flagship over-ear headphones.

The WF-1000XM4, like all Sony headphones, could do with a better name but we can look past that considering just how good they are. The design is now 10% smaller and the new shape is a lot more comfortable.

Read more about why the WF-1000XM4 is the best audio tech of the year. 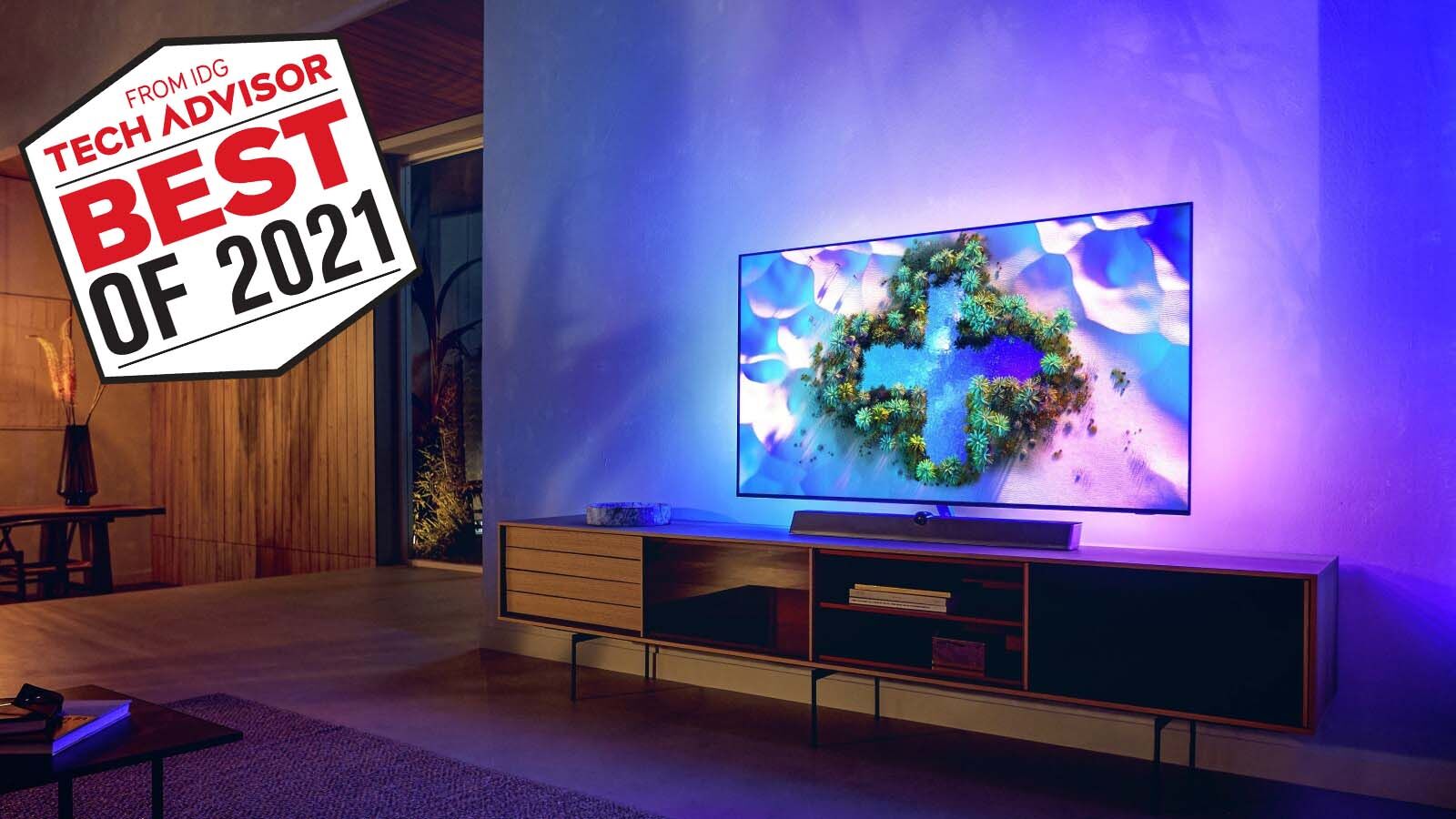 There have been a lot of great TVs this year, especially with the introduction of Mini-LED technology. However, it was this beauty from Philips really caught our eye offering an incredible all-round package.

The OLED+936 combines Philips’s unique Ambilight technology with LG’s stunning next-gen OLED panel for a truly immersive and living-room changing experience. It doesn’t stop there as there’s top-notch processing from the new P5 image engine and the 936 supports 120Hz for smooth gaming to boot.

Add in the fact that the TV comes with a built-in sound bar with audio from the legendary Bowers & Wilkins and you’ve got yourself a home cinema in one product.

Read more about why the OLED+936 is the best TV of the year. 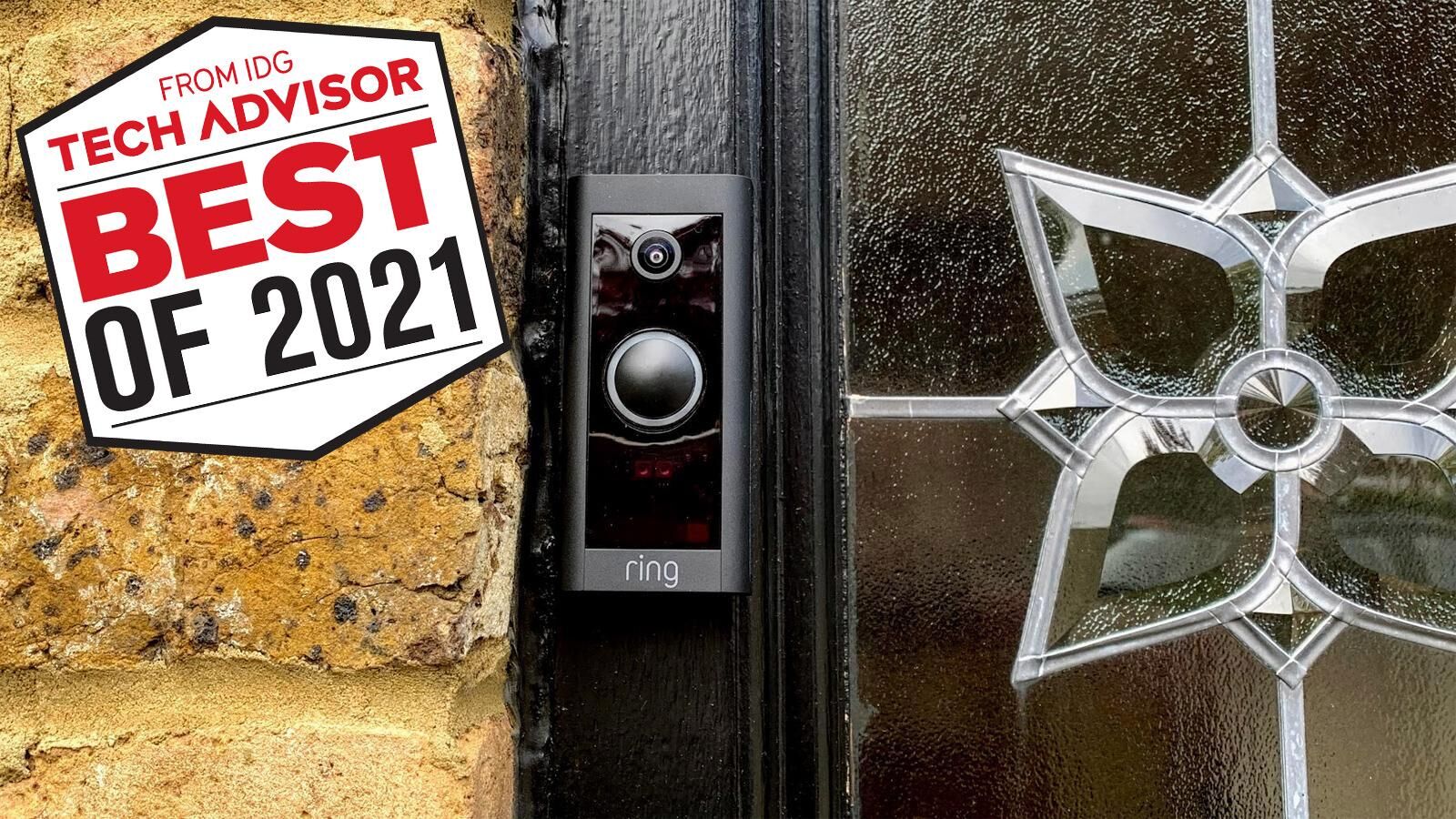 Where some smart home gadgets can be described as somewhat frivolous, a smart doorbell is anything but. Not only do they act as security cameras, they allow you to answer the door even if you’re not home and instruct anyone making a delivery on what to do in your absence.

You can spend an awful lot on a doorbell these days but Ring’s Video Doorbell Wired shows that you it’s possible to get all the features you need without breaking the bank.

As the name suggests, the doorbell requires wires for power. But even if you don’t have a powered doorbell already, Ring sells a plug-in adaptor which makes installation easy if you have a mains socket somewhere near your front door. With a nice, wide field of view and decent HD image quality, the Video Doorbell Wired is easy to recommend and that’s why it lands the title of Best Smart Home Product of the Year 2021.

Read more about why the Ring Video Doorbell Wired is the best smart home tech of the year.

Appliance of the Year: Dyson Omni-Glide 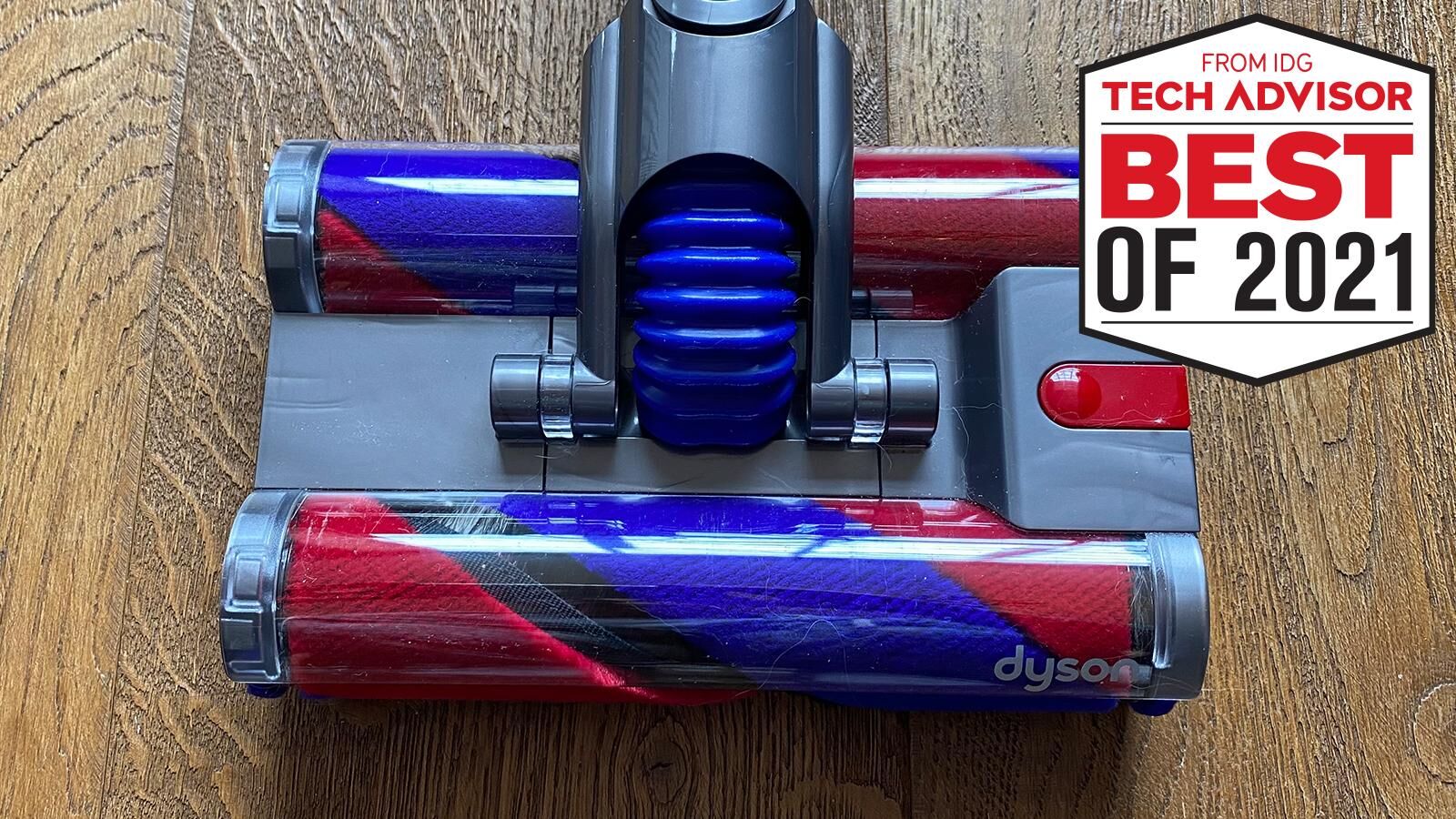 Since 2015, when it launched the V6, Dyson has been giving its V series of vacuum cleaners a yearly update. But what the Dyson cordless didn’t get was a fresh design. The Omni-glide changed all that.

Make no mistake: the Omni-glide is a specialised tool. It’s for hard floors only and it’s not the most powerful vacuum cleaner out there. Nor is it crammed with features. But what it does, it does brilliantly.

The Omni-glide is a fantastic little mover. Thanks to the four casters on the bottom of the main cleaning head, it can move in any direction and this allows you to vacuum hard floors in a completely different way to the back-and-forth motion we’re all so accustomed to.

A design that changes the way we go about a mundane task is something worth celebrating.

Read more about why the Omni-Glide is the best appliance of the year.