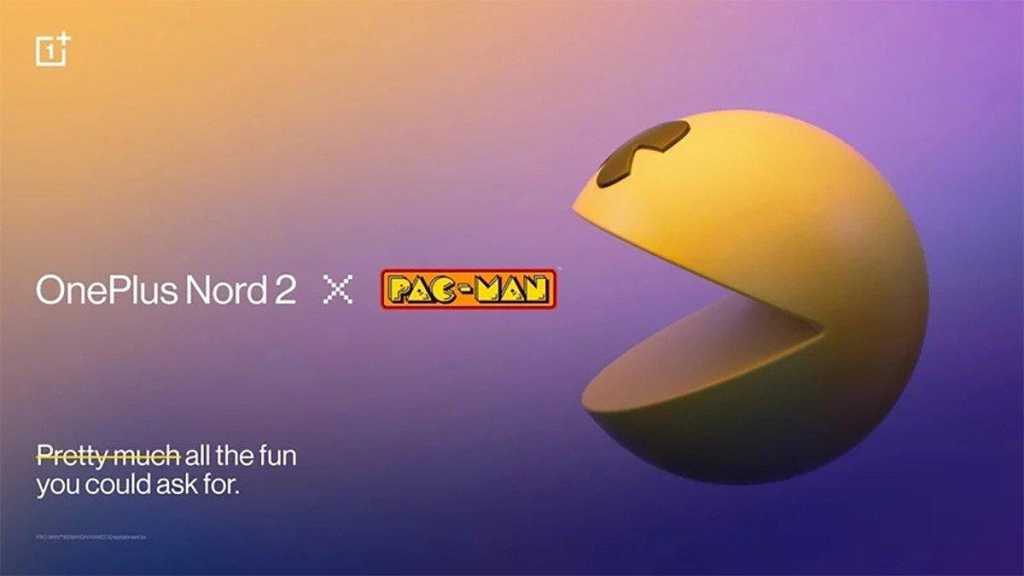 After days of teasers – and some tasty cupcakes – OnePlus has finally revealed its mysterious collaboration. If the retro graphics of the Instagram teasers weren’t clear enough, the Oppo-owned company has today confirmed the existence of the OnePlus Nord 2 x Pac-Man Edition, described as “an ode to the pellet munching, ghost evading and wacca-wacca-ing character”.

So, what makes the special Pac-Man Edition so Pac-Man-y? Let’s start with the design; while the general form factor of the smartphone mirrors that of the standard OnePlus Nord 2, there’s a redesigned rear cover sporting a dual-layer design that sports phosphorescent ink. In other words, the rear literally glows in the dark (cool, right?!) showcasing the classic game maze in all its glory.

The catch? OnePlus hasn’t released any images of what it’ll look like, so we’ve got to use our imaginations for a little longer…

It’s not just the physical design of the smartphone that pays homage to Pac-Man though; there are also big changes to OxygenOS.

As well as tweaking the UI to include nods to Pac-Man, the company went a step further by including games, challenges and exclusive Pac-Man content hidden throughout the smartphone, some of which you’ll need to unlock before you can access.

It’s about as gamified as a smartphone has ever been, though like with the hardware, it’s unclear right now what it’ll actually look like.

Elsewhere, it’s business as usual, sporting the same gorgeous 6.43in 90Hz AMOLED display paired with the MediaTek Dimensity 1200-AI and a 4500mAh battery as the standard OnePlus Nord 2. Considering we were so impressed with the OnePlus Nord 2 that it quickly took the top spot in our selection of the best mid-range smartphones, it’s shaping up to be a great buy.

However, unlike the standard variant, the Pac-Man Edition is available in a single configuration, boasting a combination of 12GB RAM and 256GB storage, and it’ll set you back £499/€529.

It isn’t the first time OnePlus has partnered with a gaming company, previously partnering with Epic to bring 90fps performance to Fortnite on the OnePlus 8 before most other smartphones, and there was also the Fnatic-branded gaming mode, but it’s the first time the entire smartphone has gone so gamer-heavy.

There’s no release date right now – OnePlus says more info is coming in the next few days – but that doesn’t mean you can’t get your hands on one right now, with OnePlus giving away three smartphones and OnePlus earbuds too.

The fun part? You’ve got to play the Pac-Man game on the OnePlus website to enter. Simply play the game and get a high enough score to qualify to enter.

The first competition runs from today, Monday 8 November, until Wednesday 10 November, with three winners getting their hands on the OnePlus Nord 2 x Pac-Man Edition and a pair of OnePlus Buds Z. Those that don’t win may still get a surprise in the form of a voucher allowing them to purchase the Pac-Man Edition before anyone else, along with a free pair of Buds Z with their order.

The second part of the competition runs from Friday 12 November until Monday 15 November, giving fans another chance to win a voucher providing an early opportunity to buy the Pac-Man Edition, along with a pair of OnePlus Buds Z.

The only catch? The competition is only available to those in Europe and India.

Are you excited by the idea of a Pac-Man themed smartphone? Let us know on Twitter.