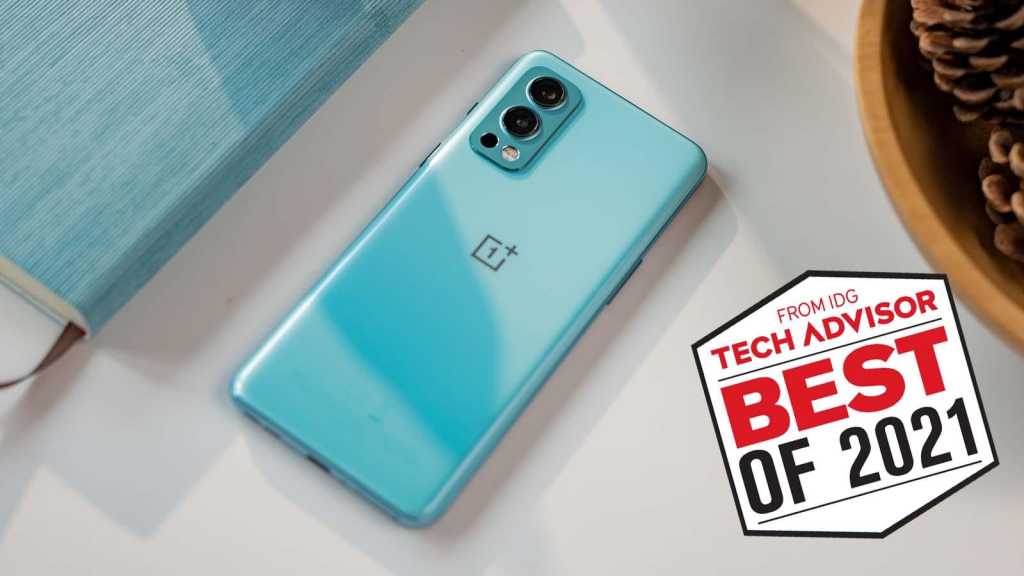 It feels like only a year ago that we crowned the OnePlus Nord the best mid-range phone in the world…and it was. But here we are again, just and the OnePlus Nord 2, wondering whether affordable phones get much better than this?

Fans may have worried about the move from a Snapdragon chip to one from MediaTek – a OnePlus first – but the custom Dimensity 1200-AI found in the Nord 2 proves the doubters wrong, delivering flagship chops in a much cheaper package.

It’s often cameras that let phones in this price range down, but the Nord 2 holds it own here. The 50Mp main sensor is borrowed from the ultrawide of its flagship OnePlus 9 siblings and turns in a great performance here. It can’t quite compete with the best phone cameras around – especially once you get to the 8Mp ultrawide alongside it – but you won’t find much better at this price.

Then there’s the OnePlus secret weapon: software. While some rival devices might out-spec the Nord 2, few can compete with the ease-of-use of Oxygen OS, which remains our favourite Android software outside of a Pixel phone. And (whisper it) some us even prefer Oxygen to the Pixels.

I’ve only really got one bad thing to say about the Nord 2: you can’t buy it everywhere. It’s available widely in the UK, Europe, and India, but if you’re in North America then I’m afraid you’re fresh out of luck.

Still, if you’re in the right part of the world and you’re tempted, you can grab a Nord 2 right here:

The Nord 2 may have just taken the mid-range phone crown this year, but it had some pretty close competition.

Most of all, that came from the Realme GT. Funnily enough, this phone feels like a flagship killer the way OnePlus used to make ‘em – you get high-end specs and a snazzy design for an outrageous price, only compromising on features like wireless charging or waterproofing. We love it – but OnePlus still pips Realme on software, and the Nord 2’s camera is better.

Speaking of cameras, the new Pixel 6 very nearly ran away with this one. Clocking in at £599/$599 it’s just inside the line we’d consider a mid-range device – and if you’re in the US, where the Nord 2 isn’t, then this is definitely the winner. The camera and software both make the Pixel 6 stand out, but we think the Nord 2 is a better all-rounder and doesn’t have that divisive design – and still comes in far cheaper than Google’s offering.