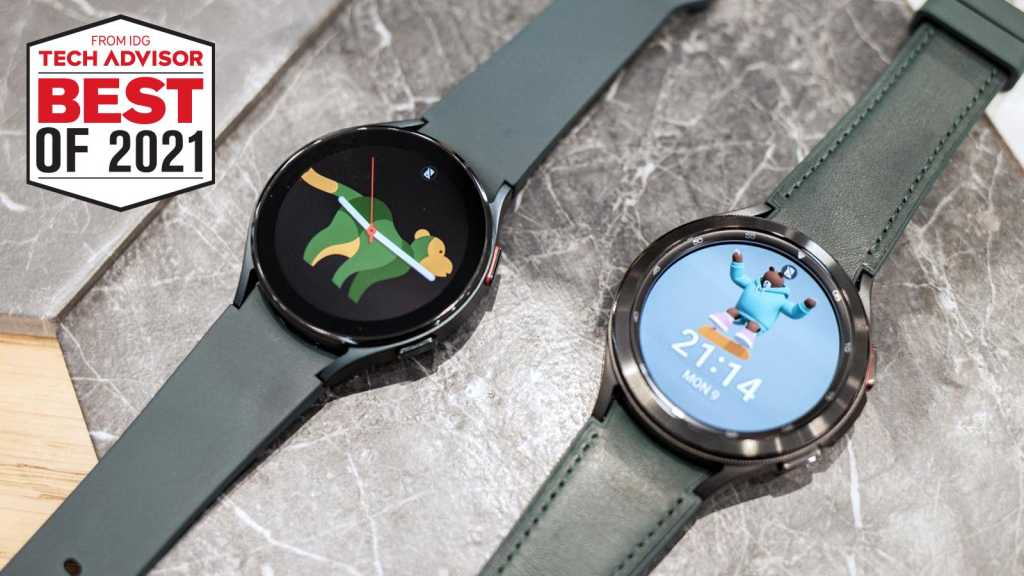 When it comes to top-notch smartwatch experiences, outside of Apple’s domain Samsung’s Tizen-powered Galaxy Watches have long-held the crown, handily beating off competition from the likes of Fossil, Mobvoi and others. However, things played out a little differently this year, though not in the way you might expect.

Back at Google I/O 2021 – the search giant’s annual developer conference – it announced a surprise partnership with the South Korean company, in an effort to revitalise its long maligned wearables operating system Wear OS.

Samsung confirmed that it would be releasing hardware running on this new co-developed platform later in the year and, sure enough, come 11 August we were introduced to the Samsung Galaxy Watch 4 and Galaxy Watch 4 Classic; running on what the company calls ‘Wear OS Powered by Samsung’ – its own tailored interpretation of the new Wear OS 3.

While it at first seemed preposterous that Samsung would willingly drop its Tizen platform – which has long served as an excellent foil to Apple’s watchOS – in testing the Watch 4 and Watch 4 Classic, it became clear that these smartwatches offer up an experience that’s, in many ways, the best of both Wear OS and Tizen.

The intuitive integration of Samsung apps and widgets, a revamped interface styled on Tizen and Samsung’s OneUI user experience that also offers access to the Google App store on-wrist, allowing for a wider watch face selection and experiences like Google Pay contactless payments; something unavailable to previous Galaxy Watch entries.

And that’s all before we talk about the hardware, with Samsung restoring the Classic name as a way to quickly distinguish between the two discrete styles of Watch 4 it’s offering up this year.

Both the Watch 4 and Watch 4 Classic come in two sizes, with the standard model sporting contemporary styling, while the Classic adopts more traditional timepieces aesthetics, right down to a rotating bezel, just as with the Galaxy Watch 3.

You get a beautiful 1.19in or 1.36in circular OLED display, best shown off by that Wear OS interface and the rich assortment of new customisable watch faces (with always-on support) that Samsung has included.

Beyond the base software, fitness and wellbeing features have been brought to new heights with these being the first smartwatches to offer full body composition analysis; something most people will only be familiar with if they’ve come into contact with a set of smart scales.

Add to that stress management, sleep management, constant heart rate tracking (paired with an ECG and AFib irregular heart rate detection out the box) and this tiny timepiece is absolutely brimming with cutting-edge features, all wrapped up in a stylish design that offers an impressive amount of choice (particularly on the standard Watch 4).

If that’s enough to tempt you, here’s where you can buy the Watch 4 right now:

While Samsung clinched it, thanks to its willingness to team up with Google on what was arguably a risky move and by delivering two of the most capable timepieces of the year, there were a handful of other notable wearables that stood out to us for one reason or another.

Fitbit’s new Charge 5 is the first entry in the series in a post-Google-owned world and marries two worlds by blurring the lines between the company’s existing trackers and smartwatches.

The revamped design and full-colour display immediately set it apart from its predecessors, while standout hardware – including an EDA sensor for stress monitoring – means the Charge 5 is more than a modest fitness tracker. And that’s before you factor in the added value the free trial of Fitbit Premium that it includes brings to the table.

If the Charge 5 is still too rich for your blood, however, Xiaomi’s got you covered with its latest Mi Band 6. This pint-sized tracker boasts a bigger screen and more useful user experience than its predecessor, integrating premium tracking features – like blood oxygen monitoring – while also only costing a fraction of what some of its competitors are asking.