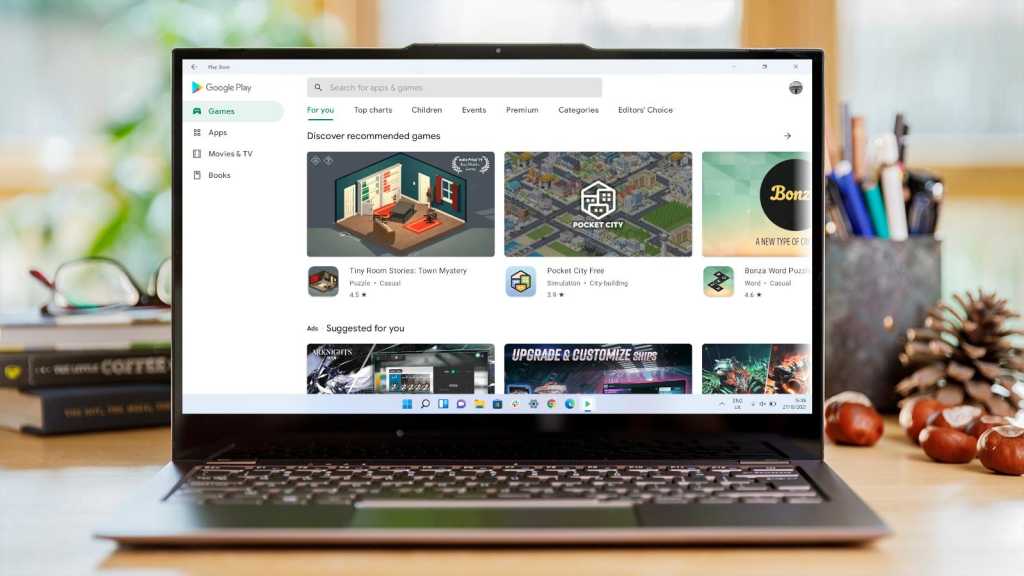 One of Windows 11’s big new features is the ability to natively run Android apps. This was previously only possible using third-party software, and you’ve never been able to fully integrate phone apps within the Windows desktop before.

However, there are two big caveats to be aware of. Android apps on Windows 11 require an SSD and at least 8GB of RAM, despite older HDDs and 4GB of RAM being compatible with Windows 11. Microsoft even recommends 16GB for the best experience, something most users won’t have.

But even if your device can run Android apps smoothly, you might still be underwhelmed with the experience. That’s because it uses the Amazon Appstore, which offers just a fraction of the apps available on the Google Play Store. But what if you could have both?

Despite not being officially supported, there is a way to install the Play Store and run apps from it. The method has changed a couple of times since Windows 11 first launched, but we’ve tested and can confirm this version is working. It’s also malware-free, something which can’t be said for an earlier iteration.

How to install the Google Play Store on Windows 11

Before proceeding, it’s worth noting that this process only works with x86, 64-bit device or those that are ARM-based. It won’t work if you’re running 32-bit hardware – head to Settings > System > About and check ‘System type’ if you’re not sure.

You’ll also need to make sure virtualization is enabled. Head to Control Panel > Programs > Turn Windows features on or off. Make sure the boxes next to ‘Virtual Machine Platform’ and ‘Windows Subsystem for Linux’ are both ticked, then click ‘OK’ to confirm. It’ll take a while to find the necessary files, then you’ll need to restart your device.

If you’ve already installed the Windows Subsystem for Android (WSA), you’ll need to uninstall it. Open Settings > Apps > Apps & features and search for it. If nothing appears, it’s not installed. Once that’s all done, you’re ready to proceed:

However, you may have seen a message saying ‘VirtWifi has no internet access’. The Play Store won’t run without it, but Windows Defender Firewall blocks it. It’s not safe to turn off the firewall completely, but you can make this the exception to the rule:

The Play Store will now be working as intended. Just open it and sign in with your Google account, then you can download any app you like. Some will work better than others, but all can be pinned to the taskbar and are compatible with Windows 11’s multitasking features.

One reader reported that the Amazon Appstore can get removed during the process. To fix this, just reinstall the app from the Microsoft Store – you can use it and the Google Play Store alongside each other. In your Google account, the device will show up as a Pixel 5, which may have a small effect on the apps you’re able to install. The vast majority will still be available, though.