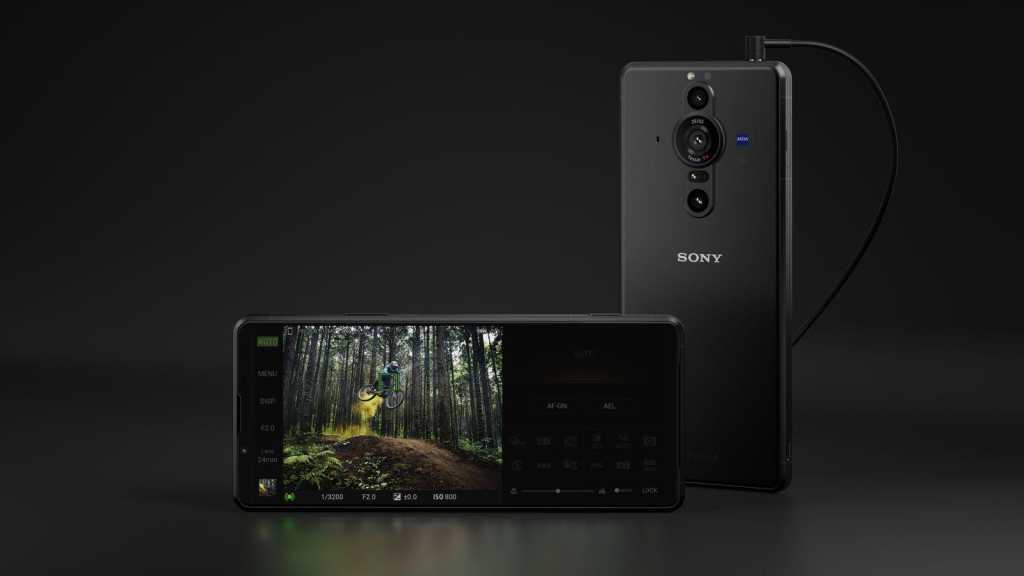 Cameras are always a priority on flagship phones these days, but Sony is taking things to the next level. The new Xperia Pro-I is specifically designed for content creators, offering features you’d usually associate with dedicated photography equipment.

That includes a huge 1in, 12Mp main sensor known as the Exmor RS – that’s the same as you’ll find in Sony’s RX100 VII point-and-shoot camera. It supports phase detection autofocus (AF), which means subjects should remain in focus even when quickly moving between them.

You also get an advanced mobile imaging processor (BIONZ X) and dual aperture, with the ability to quickly switch between f/2.0 and f/4.0 according to the situation. Sony says it will excel in three key areas – low light, dynamic range and bokeh. The latter should help deliver portrait-style shots that are less reliant on software.

However, it’s not the first 1in camera lens we’ve ever seen in a phone. Sharp’s Aquos R6 launched in May with a similar sensor, although you’ll have to go back to 2014 for the only other example – the Panasonic CM1. None of the major smartphone manufacturers have offered anything like this.

4K video at 120fps is something we saw on the Xperia 1 III, although the Xperia Pro-I is apparently the first phone to preserve all 120 frames. Eye AF and Object Tracking are supported here in video for the first time, having been previously exclusive to stills.

However, the remaining rear cameras are very similar to those you’ll find in the Xperia 1 III. The telephoto and ultrawide lenses are both still 12Mp, as is the 8Mp selfie camera. In fact, aside from that main camera, the two devices are almost identical.

It means you get the same 6.5in, 120Hz 4K OLED panel on the Xperia Pro-I, although an upgrade here was hardly necessary. The 5G-enabled Snapdragon 888 processor delivers great performance, especially when combined with 12GB of RAM on the only configuration available. There’s already 512GB of storage on board, but this can be expanded via microSD.

Other features found on both the Pro-I and 1 III include a side-mounted fingerprint scanner, stereo speakers and a 3.5mm headphone jack. There’s also a 4,500mAh battery and support for 30W fast charging

Despite these similarities, the phone is considered a direct successor the Xperia Pro. The Xperia Pro-I is significantly more affordable than that device (£2,299/US$2,499.99), although at £1,599/US$1,799 it’s still very expensive. To take the experience to the next level, there’s also the option to add a £169/US$199 magnetic 3.5in display, which can show what the rear cameras are recording.

Pre-orders for the Xperia Pro-I begin on 28 October in the US via the Sony website, although the phone is set to release everywhere in early December.