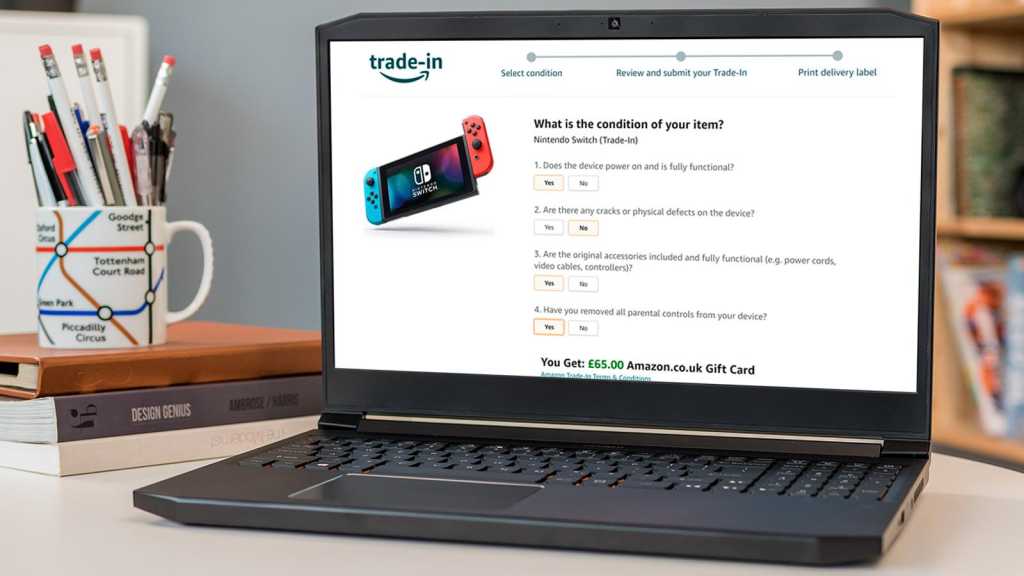 A little over a year ago, Amazon introduced a trade-in program which offered Amazon gift cards and discounts off new products in exchange for your old, unwanted gadgets.

It has now expanded the scheme in the UK to include smartphones, games consoles and home security cameras.

It’s a convenient way to deal with devices languishing in a drawer, especially as Amazon says it will either re-sell or recycle those devices responsibly, but the drawback is the pitiful amounts Amazon is offering for many of the eligible devices.

For example, a one-year-old Google Pixel 4a in good condition is worth just £49, £300 less than you probably paid for it. If the phone is damaged or the screen is cracked, then it’s worth a measly £12.36.

A wide range of phones from various manufacturers is accepted, and you can also send in an Xbox, PlayStation or Nintendo Switch. Again, though, you won’t get much.

If you want to trade in an old security camera, you’re currently limited to a selection of Amazon’s own Ring and Blink devices.

Even if you decided (for some reason) to trade in your year-old Ring Video Doorbell 3 Plus for which you paid £199, Amazon is offering just 15% of that at £30. And that requires it to be in great condition and have all the original accessories (wires, any batteries and mounts). If not, you might only get £10 or £20. 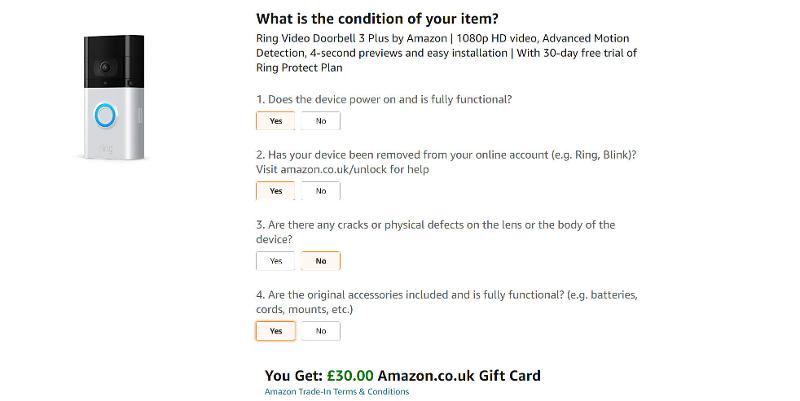 Answering a few quick questions on Amazon’s website will give you the value straight away and it’s free to post it, but if the person inspecting your item disagrees with your description of its condition, you could get a lot less. But at least there’s the option to have it posted back to you for free if you’re not happy with the amount.

However, you’d be much better off making the effort to sell it privately on ebay, even if your phone is damaged.

A quick search reveals you can get 10x more for a Google Pixel 4a with a cracked screen than Amazon will offer you, and 5x more if it’s in great condition.

Yes, ebay will take a cut of that, but even after fees of around 15% you’ll still be miles better off financially and be able to spend the money on anything, not just on Amazon.

There are exceptions. If you have an iPhone you want to trade in, you may actually get more from Amazon than you would on ebay.

An unlocked iPhone XS 64GB in undamaged, fully working condition is worth just shy of £230 in Amazon vouchers, but auction prices vary considerably on ebay. A quick search of completed auctions revealed prices of around £180-190 for good condition models up to almost £300 for pristine handsets.

As it’s UK Recycle Week, Amazon is donating £5 to charity for each item returned for recycling until 31 October.

Some trade-ins are eligible for discounts against new devices, such as 20% off any current-generation Ring or Blink security camera when you send an old one in. But this feels more like Amazon is trying to persuade you to upgrade than do your bit for the environment and recycle.

If you have gadgets lying around unused, the scheme could be a quick way to free up space and get some Amazon vouchers, but if they’re not popular models ebay is your best bet. Here are our tips for getting the best price for gadgets on ebay.