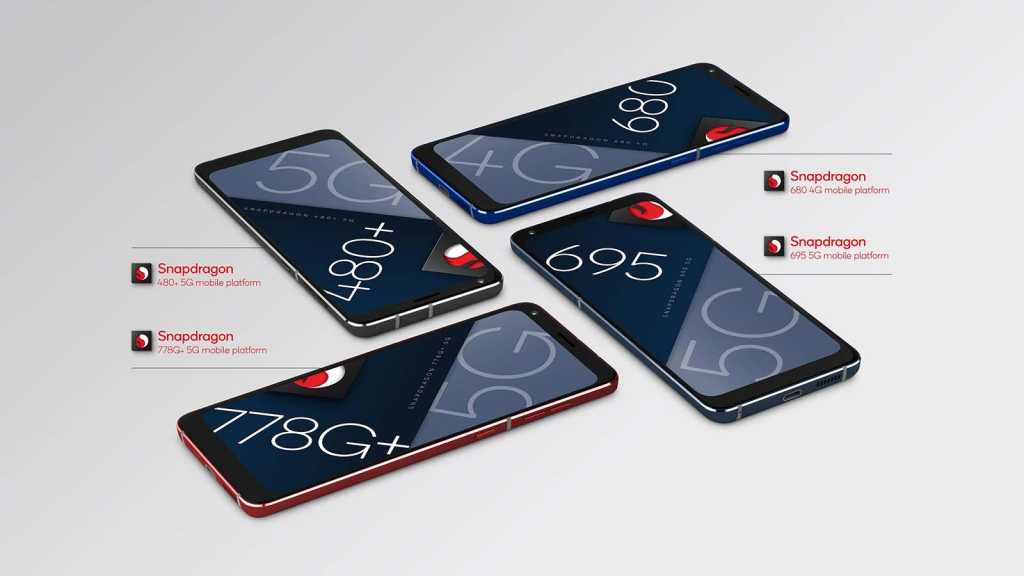 Most of this year’s biggest phone launches may have been and gone, but chipset manufacturer Qualcomm is keeping busy – it’s just announced four new smartphone chips that are likely to power some of 2022’s biggest budget and mid-range phones.

The highest specced is the 6nm Snapdragon 778G+, which is an update to the existing 778G with boosted CPU and GPU performance – much like this summer’s Snapdragon 888+ offers an enhanced version of the flagship 888 that powers most of the year’s best Android phones.

The original 778G is already found in the likes of the Samsung Galaxy A52s 5G, Xiaomi 11 Lite 5G NE, Huawei Nova 9, and Honor 50, so it’s likely that this Plus model will be similarly popular with manufacturers.

The budget Snapdragon 480 has also been updated with an over-clocked Plus model, while the Snapdragon 695 5G and 680 4G are both entirely new chips. The former will deliver 5G to cheaper mid-range devices worldwide with support for both mmWave and sub-6, while the 680 4G will probably only appear in markets where 5G take-up has been slower.

“Mid-range smartphones are expected to be the main driver for accelerating 5G device adoption – especially in emerging regions,” said Deepu John, senior director of product management at Qualcomm. “These four new additions to our roadmap create significant opportunity for our OEM customers and provides additional options to continue to meet the growing demand for our 5G and 4G mobile platforms.”

Xiaomi, Vivo, Oppo, Honor, Motorola, and HMD Global (the manufacturers of modern Nokia phones) have all announced plans to use at least one of the new chips in upcoming devices, though none went so far as to confirm specific phones that are on the way.

Qualcomm has confirmed that the four chips will “launch commercially in Q4 2021,” so it sounds like we’ll see the first phones featuring the hardware before the year is out.

The launch of these four chips comes ahead of Qualcomm’s Snapdragon Tech Summit, now confirmed to take place from 29 November to 2 December. This annual event is where the company traditionally unveils its next flagship phone chipset, with the Snapdragon 898 expected to arrive this time around – in turn likely to power many of next year’s best new phones including the Samsung Galaxy S22 and Xiaomi 12.