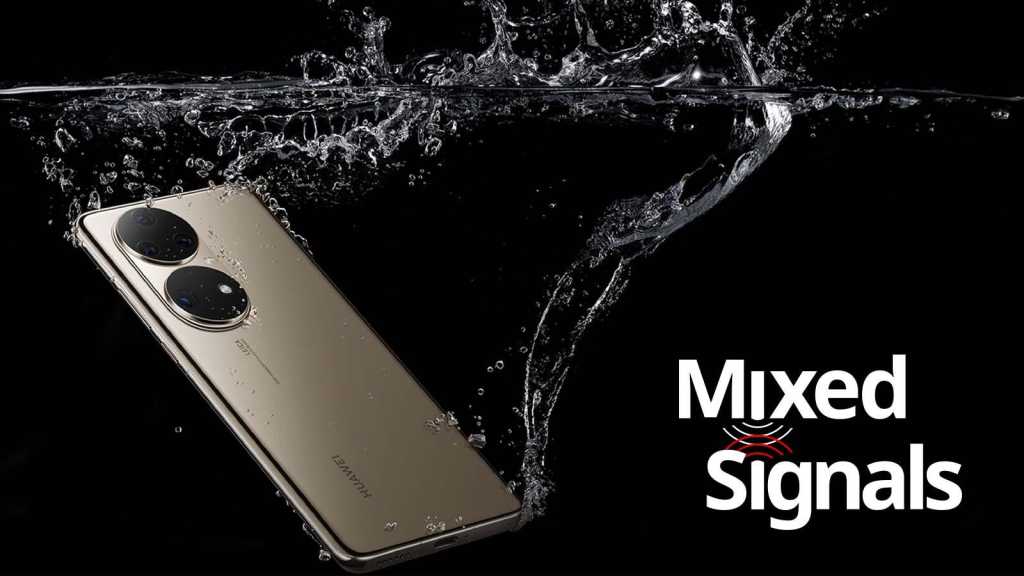 Note: Since publication Huawei has responded to our request for comment. Here’s the company’s statement in full. The original piece continues below.

“For reasons that are known to everyone, Huawei has faced challenges to its supply chain, which have impacted go-to-market plans for this flagship device overseas. Despite these challenges, the HUAWEI P50 Series has been very well received in China since its debut in July and we look forward to making it available soon to consumers overseas. Huawei will continue to bring more innovative products to international markets from across our entire product portfolio. This includes our smartphone line-up, where we have just announced the global launch of the HUAWEI nova 9, as well as PCs, Tablets, Audio & Wearables and more.”

Today Huawei held its first European phone launch since it unveiled its own operating system, HarmonyOS, but it wasn’t for the phone you might have been hoping for.

Instead of announcing a global launch for either the P50 or P50 Pro, Huawei chose to unveil… the Nova 9. It’s a capable enough mid-range device, to be sure, though comparisons to the uncannily similar (but Google-compatible) Honor 50 aren’t going to do it any favours.

But no-one was eagerly awaiting the Nova 9. With no Google support and no 5G option, its appeal is inherently limited. That might fly with a budget phone, but not a mid-ranger like this. Strangely though, people might be more forgiving of those flaws in the flagship P50, which at least brings a market-leading camera to the table.

The P50 is still coming to international markets…eventually. Huawei’s now confirmed that the P50 series will launch outside China in “early 2022” – almost a year after its Chinese debut.

Huawei normally announces its P-series flagships each spring, often in March. While March 2020 brought us the P40 series, March 2021 came and went without any sign of the P50. June brought us the official launch of HarmonyOS 2.0 – the company’s new Android rival – but the only sign of the company’s next flagship was a 45-second teaser tacked onto the end of the show.

The two phones – a P50 and P50 Pro, but no souped-up Pro+ model – were eventually unveiled in full this July, before going on sale in China in August.

From a hardware perspective, the phones are undeniably impressive. The top-tier Pro model is most exciting, with a curved, 120Hz OLED display, an IP68 rating, and both 66W wired and 50W wireless fast charging – all while still weighing less than 200g.

The cameras are the biggest draw though, with a new system Huawei has dubbed ‘Dual Matrix’. A 50Mp, f/1.8 main camera is paired with an unusual 40Mp, f/1.6 monochrome shooter, with a 13Mp ultrawide and 64Mp, 3.5x periscopic lens rounding out the rear quad camera array.

Few outside of China have had the chance to test the P50 or P50 Pro’s cameras out in person, but on paper they look fantastic. More to the point, Huawei’s track record here is meticulous, and I have little doubt that when the P50 phones eventually reach the rest of the world they will comfortably compete with the best of Apple, Samsung, and Google.

The problem is that by the time the P50 does launch in Europe, that camera hardware will be a year old. Perhaps more importantly, so will the chipset.

The P50 is powered by the Qualcomm Snapdragon 888, while the P50 Pro sits in an odd position, with two different versions available: some models use the 888, while others use Huawei’s in-house Kirin 9000. In either case, both are 4G – a stipulation of Huawei’s US trade restrictions limits it from buying 5G chips.

Huawei’s Kirin 9000 supplies are dwindling, and those same trade restrictions have also effectively prohibited the company from manufacturing any more, or developing new silicon. That means it’s stuck with Qualcomm for now.

The Snapdragon 888 launched back in December 2020, and remains Qualcomm’s flagship chip – only superseded by the overclocked 888+. However, Qualcomm is almost certain to announce its successor – the Snapdragon 898, going by the rumour mill – at the Snapdragon Tech Summit this November, with phones like the Xiaomi 12 and Samsung Galaxy S22 expected to launch with it early next year, and others tipped to debut before 2021 is done and dusted.

When the P50 finally arrives in the West in “early 2022” it will be a flagship phone – the Pro model almost certain to cost close to €1,000 – that arrives with no support for Google services, no 5G networking, and a ‘flagship’ chipset that’s already over a year old.

Who would buy that?

I suspect that Huawei’s continued delays do at least mask a solution to one of those problems. I wouldn’t be surprised to see the phones arrive next year with a few tweaks compared to the Chinese hardware – most notably the inclusion of a 4G version of the new Snapdragon 898.

Huawei has released ‘New Edition’ versions of handsets like the P30 in the past, though in that case the changes were mostly cosmetic and clearly intended to prolong the sales life of the company’s final Google-compatible flagship phone.

This would have be a more substantial update, but since the P50 Pro has already been built to work with both Kirin and Snapdragon silicon, it doesn’t seem beyond reason that it could be rigged for a third chip. It’s possible that Huawei could also pack in tweaks to the camera or display spec, but don’t get your hopes up.

Keeping the camera specs and design details the same would save on R&D costs, and help buy Huawei more time to develop its next true flagship – the expected Mate 50 is already behind schedule. Huawei could even give the updated P50 a second launch in China with the new chip, giving it a new lease of life in its core market.

No doubt delaying the P50’s global launch by almost a year wasn’t Huawei’s first choice, and as much as anything the global chip shortage has presumably had an impact. Qualcomm can’t build enough Snapdragon 888 units to meet demand, so it’s no surprise that it wouldn’t prioritise a 4G version it’s only making for Huawei.

I’m not going to pretend that upgrading to a Snapdragon 898 will be without its challenges for Huawei – or that it will turn the P50 into a bestseller. But without Google and 5G, the firm needs to lead with powerful hardware and camera chops that turn those shortcomings into acceptable compromises – and if this year’s Chinese hardware launches unchanged next spring, that simply won’t be the case.