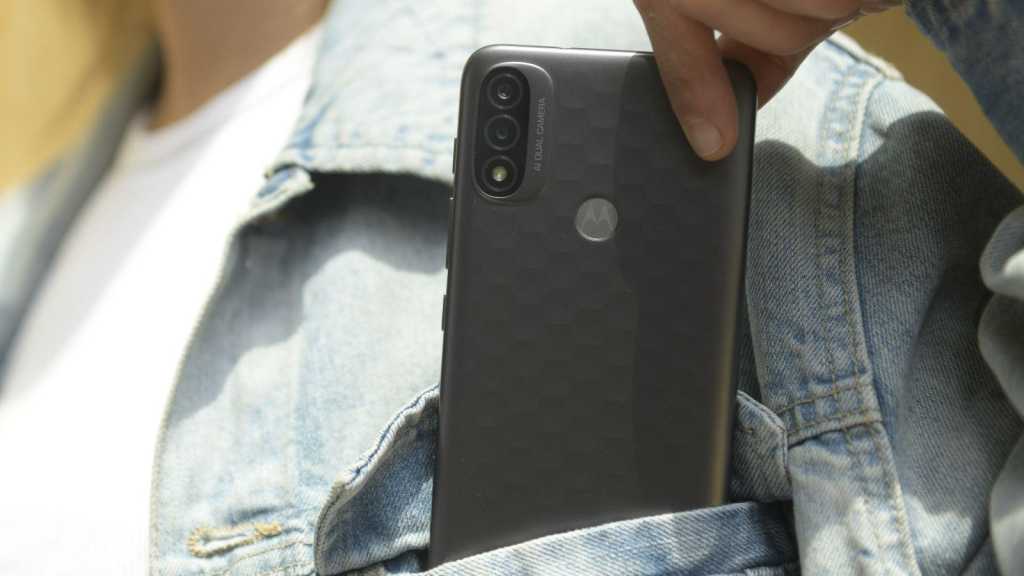 Motorola has launched three new phones in the UK today, including its cheapest handset of 2021 so far. The new Moto E20 will set you back just £79.99, undercutting almost the entire budget phone market in the process.

Compromises are inevitable at this price, and they’re present throughout the Moto E20 experience. Some of the most noticeable are under the hood, with the phone powered by the Unisoc T606. It’s hard to make any performance predictions considering the E20 is the first phone to use this chipset, although pairing it with just 2GB of RAM means that anything more than basic use will be a struggle.

Things look more promising when it comes to the display, a 6.5in LCD panel with a teardrop-style notch. A 720×1600 resolution is fine for browsing the web and watching occasional videos – there’s almost no chance of a high refresh rate at this price point.

Sticking at 60Hz should also benefit battery life, especially with a 4000mAh cell on board. Motorola’s claim of 40 hours on a single charge applies to both usage and standby time, but suggests it’ll comfortably last a full day. Charging is limited to 10W, but it does use USB-C.

On the plastic back of the Moto E20 you’ll find dual cameras, with a main 13Mp lens joined by 2Mp depth sensor. The latter enables portrait-style shots, although these low megapixel sensors rarely add much to the camera experience. On the front, there’s a 5Mp selfie camera.

Internal storage is another concern, with only 32GB of the slower eMMC standard on the only configuration available. However, this is expandable via the microSD card slot. Other features of note include a rear-mounted fingerprint scanner and Android 11, although the latter is the simplified Go edition.

Despite the compromises, it’s worth reiterating the £79.99 asking price. It’s one of the cheapest Android smartphones you can buy. If you’d prefer a slightly more premium experience, there are two more new phones in Motorola’s budget lineup.

You still get dual rear cameras, although this is now a 48Mp main sensor and 2Mp macro. The front-facing camera is also now 8Mp, and battery capacity is upgraded to 5,000mAh.

Another £20 extra gets you to Moto E40 (£119.99). Key changes here include slightly more powerful graphics and double the RAM at 4GB. It also steps up to the full version of Android 11, but it’s not clear when (or indeed if) Android 12 will ever become available.

The E20, E30 and E40 will be available from early November via a host of retailers, including Amazon, Argos, John Lewis and  Currys. Contract deals are expected from O2, EE and  Giffgaff.

All three could be contenders for our budget phone chart, despite being cheaper than all the other entries.