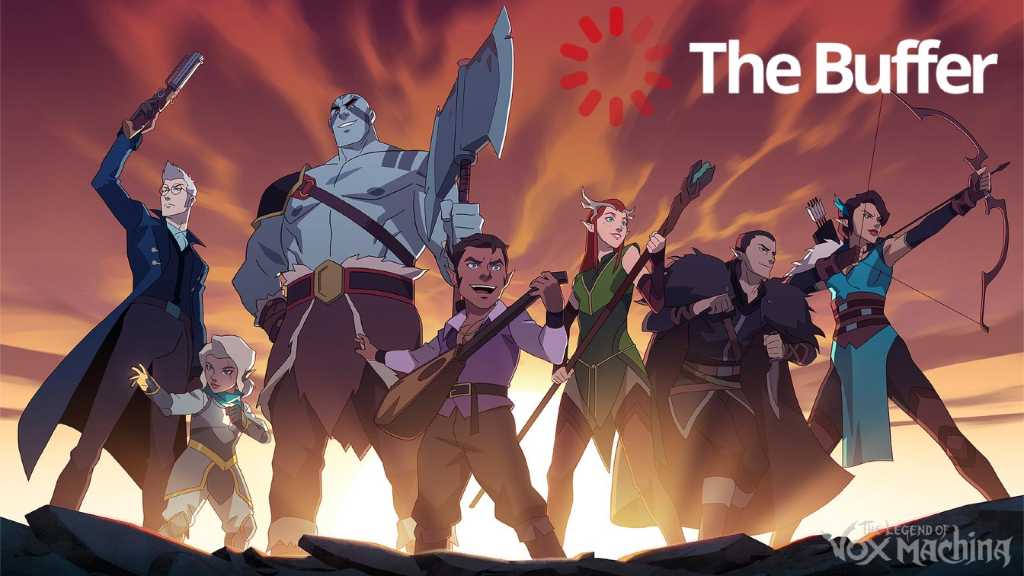 Tabletop gaming is finally having its moment in the spotlight, thanks to a streaming giant investing in one of the leading teams in this area.

Last week, Critical Role announced an air date for its animated series The Legend of Vox Machina. The adventure show is based on a Dungeons & Dragons campaign from 2015, run to cult acclaim online by the group Critical Role.

If you’re not familiar with tabletop gaming, it’s exactly what it says on the tin – any game that can played on table, including board games, dice games, card games, and more. The term is often used more narrowly to mean tabletop roleplaying games (RPGs), in which players follow a set of rules to create an immersive story by roleplaying as their characters.

Games have different parameters and mechanics, but typically players will improvise their way through to create a brand-new story set in the world that the game takes place in. There are many different genres across tabletop RPGs, including fantasy, horror, comedy, and more.

The most well-known game is Dungeons & Dragons, which is also known as D&D. This dice-based roleplaying game sees players step into a broad fantasy world inspired by the likes of Lord of the Rings – and is itself enjoying newfound popularity in part thanks to Netflix hit Stranger Things.

Critical Role started airing the Vox Machina campaign on Twitch back in 2015, with a group of voice actors who enjoyed playing D&D together. The group previously operated under the Geek & Sundry umbrella, a company started by Felicia Day which airs numerous tabletop shows and other nerdy content on YouTube and elsewhere.

Nowadays, Critical Role operates as its own company, and is one of the biggest channels on Twitch – collectively having the highest earnings of any channel, outpacing many gaming streamers, including the infamous Ninja, according to Business Insider.

In fact, the group’s popularity has reached such heights that the premier of their third D&D campaign will be broadcast in 30 Cinemark theatres in the USA (via CNBC).

The Legend of Vox Machina TV show was originally conceived as a Kickstarter project, with the aim to produce a 22-minute animation. Critical Role surpassed their funding goal within an hour, with Critters (the collective name of fans of the group) raising a whopping $11.39 million, making it the highest-funded film/TV project in Kickstarter’s history.

This caught the attention of execs over at Amazon Prime Video, and now here we are, just months away from the launch of the new animated series. Up until now, tabletop has been mainly in the domain of YouTube and Twitch – entertainment platforms for more alternative content. But now, things are changing.

D&D and other tabletop games aren’t just a niche subject anymore, they’re one of the highest sought-after genres for livestreaming – and it seems that Twitch owner Amazon has cottoned onto this and has opened the door for these types of shows to make their way over to a more mainstream entertainment streaming service.

The Legends of Vox Machina is one of several shows coming to Amazon Prime Video. This comes following a deal signed by Critical Role in 2019, which promises at least two seasons (totalling 24 episodes) of the show, as well as a first look deal to develop new series with the company on Prime Video in the future.

The exact nature of these other shows hasn’t yet been disclosed, but in an interview with Variety the group stated an interest in creating a “feature-length film set in Exandria”, among many other ideas – the possibilities of which are endless.

There could be pre-recorded tabletop sessions with post-production added, such as animation or clever camera work. Many companies are already producing shows like these, including Warner Bros. owned company Rooster Teeth with the Funhaus show, Board as Hell. However, a full production budget could really level things up.

Board as Hell is back baby

Netflix has already proven that reality shows can launch the careers of streaming celebrities, so there’s no reason that Amazon Prime Video can’t do the same for TTRPG players – especially considering the creativity, performance and thought that goes into a good campaign.

Alternatively, Amazon Prime Video has the budget to bring in guest celebrities to tabletop campaigns. It could even invite stars of its own originals to help cross-promote content. This would stand the chance of drawing new viewers into the world of tabletop, and consequently bring in more subscribers overall.

If Critical Role is a success on Amazon, then this could be a huge thing for the industry in general. Lots of TTRPGs are created by independent businesses, so if they can follow D&D into the mainstream it could bring a huge boost in sales to these creators.

Of course, the Critical Role show isn’t the only tabletop project in the works. Netflix is currently filming a series based on Magic: The Gathering. Dungeons & Dragons itself is getting a movie starring Chris Pine (technically its second film adaptation, but the first was dreadful) and a TV series scripted by John Wick creator Derek Kolstad (also a second attempt, after an ’80s animation).

Tabletop RPGs have been steadily gaining popularity and audiences over the last few years. VentureBeat notes that there was a 1,142% increase of tabletop RPGs across YouTube and Twitch in 2018 – and no doubt these numbers will have only grown across lockdown.

There’s clearly an untapped market for this type of content in the world of streaming. Plus, it doesn’t just have to be about D&D. There are thousands of different games and campaigns that can be adapted for the small screen, and many talented players and groups out there that could be the stars of the next big TV series.

After The Legends of Vox Machina drops on Amazon Prime Video on 4 February 2022, I’d put money on seeing other streaming giants turn their attentions to the world of tabletop.

The Goes Wrong Show is a TV spin-off of the West End hit, The Play That Goes Wrong. The show follows a hopeless theatre company who are attempting to create a show, but everything in it is falling apart – sometimes, quite literally.

From the set crashing down, to costume mishaps, to awful acting and cheap special effects, this will leave you in stitches – especially if you’re a fellow theatre kid like myself. Each episode explores different genres, including a Downton Abbey inspired play and a prison break drama. You can stream this for free now on BBC iPlayer in the UK, and The Roku Channel in the US.