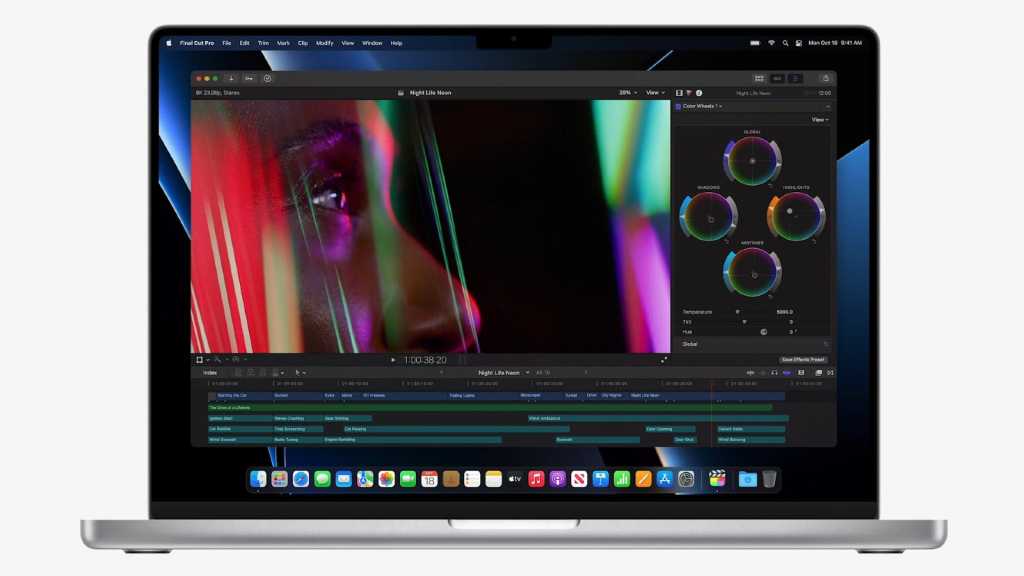 Apple’s October event focused on Music and Mac, and the headliners of the show were the refresh to the AirPods, and the 2021 MacBook Pro range.

Alongside these new hardware powerhouses, Apple also unveiled a new subscription for Apple Music and updates to the HomePod Mini range.

If you didn’t manage to catch the livestream, then never fear. Here’s a detailed summary of everything Apple unveiled at its October event. You can also re-watch the whole thing by clicking on the video at the top of this article. 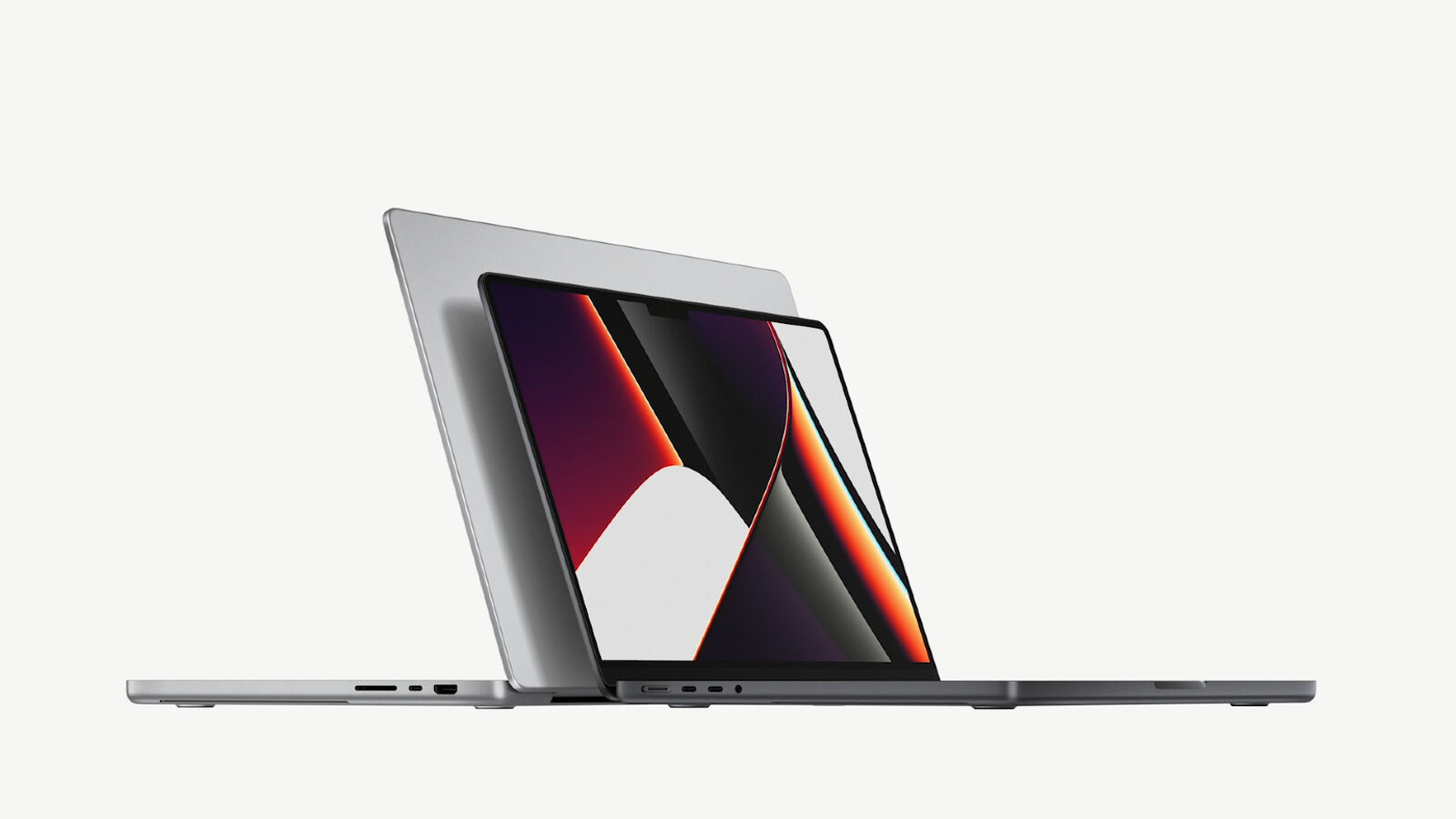 The MacBook Pro range had been expected to get a big update, and Apple did not disappoint. The MacBook Pro (2021)  will run on Apple’s brand-new M1 Pro and M1 Max chips, offer two size options and boast a broad range of ports – hallelujah.

Performance is key with the new MacBook Pros, and this will be delivered by two new brand-new chips. 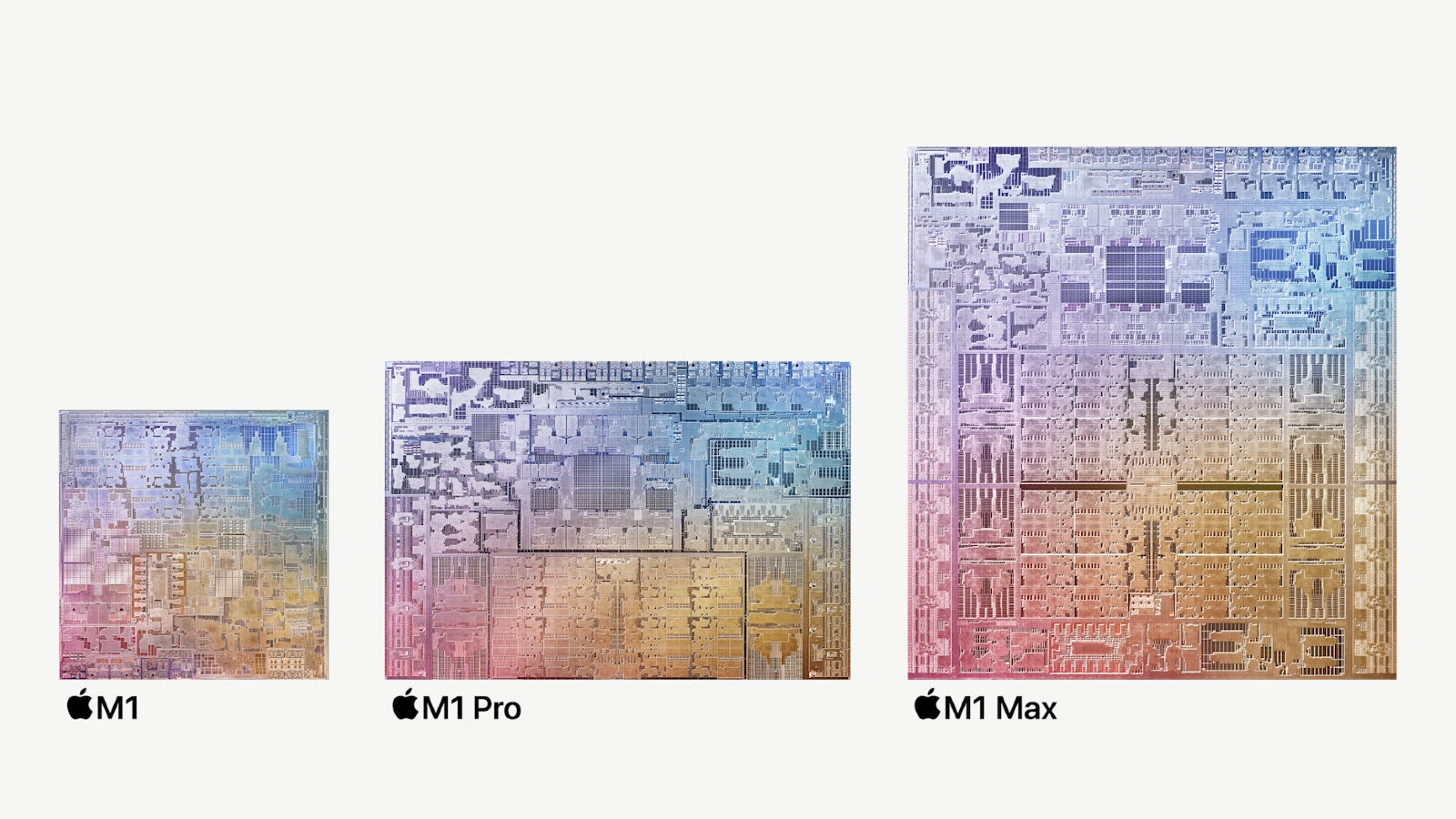 The M1 Pro boasts up to a 10-core CPU with eight performance cores and two efficiency cores, as well as up to a 16-core GPU with 2,048 execution units. This chip can support up to 32GB RAM, which is double the maximum amount seen on the M1 model.

Meanwhile, the M1 Max offers the same CPU setup, but features double the RAM support (up to 64GB) and a 32-core GPU with 4,096 execution units and four times the GPU performance seen on the original M1.

Both these chips will deliver faster performance in programmes such as Final Cut Pro, Photoshop, DaVinci Resolve and more. You can see more specific breakdowns of figures over on Apple’s newsroom.

The MacBook Pros will feature Liquid Retina XDR displays with Apple’s ProMotion tech, which allows the laptop to automatically adjust the refresh rate up to 120Hz. This is paired with slimmer bezels and HDR support. 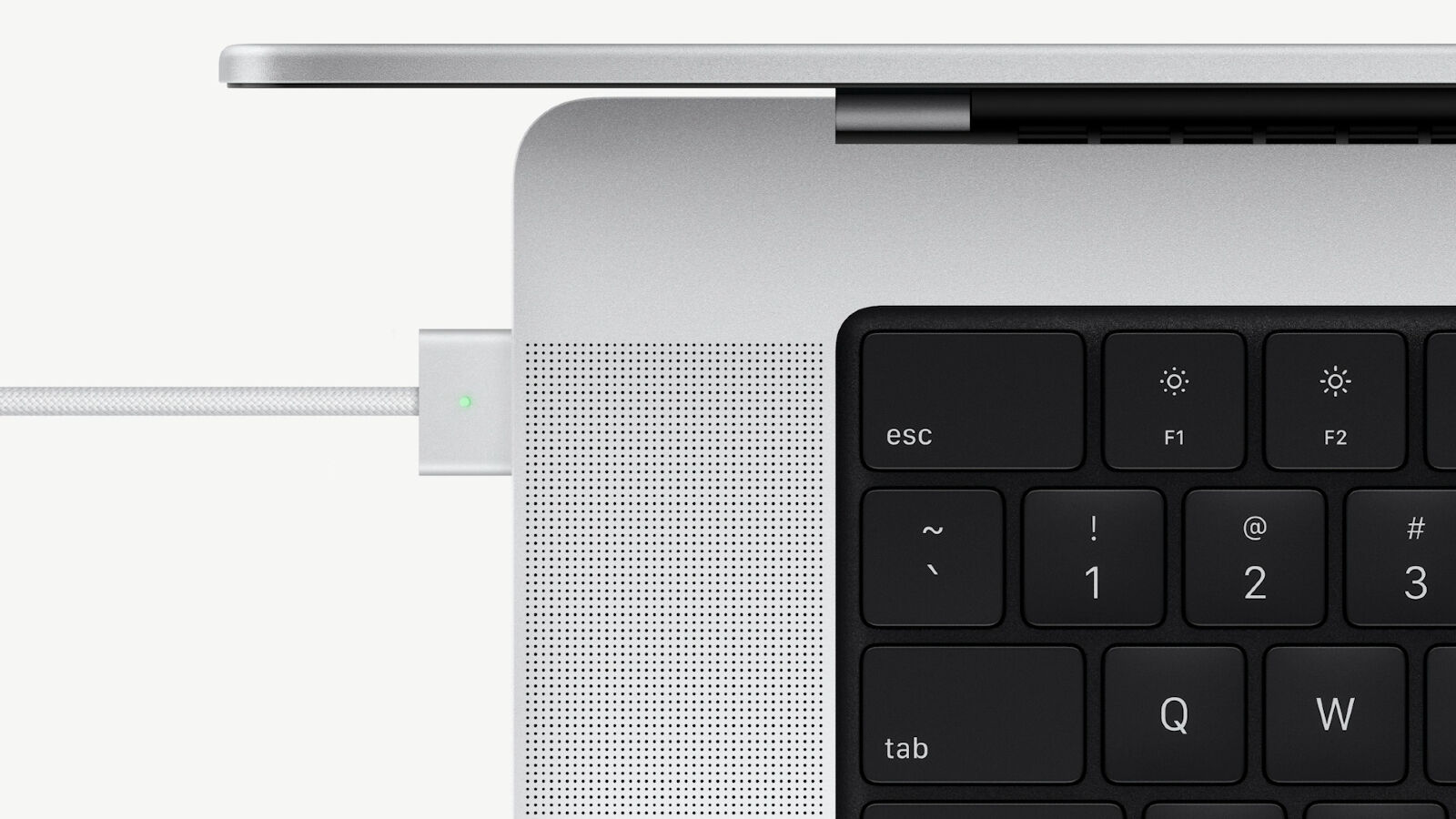 After many requests from users, the MacBook Pro range will bring back a full range of ports. You’ll find four Thunderbolt 4 ports, a full-size HDMI port, a 3.5mm headphone jack and even an SD card slot. There’s also support for MagSafe charging technology.

If you’re interested, we cover where to buy the new MacBook Pro (2021) separately. 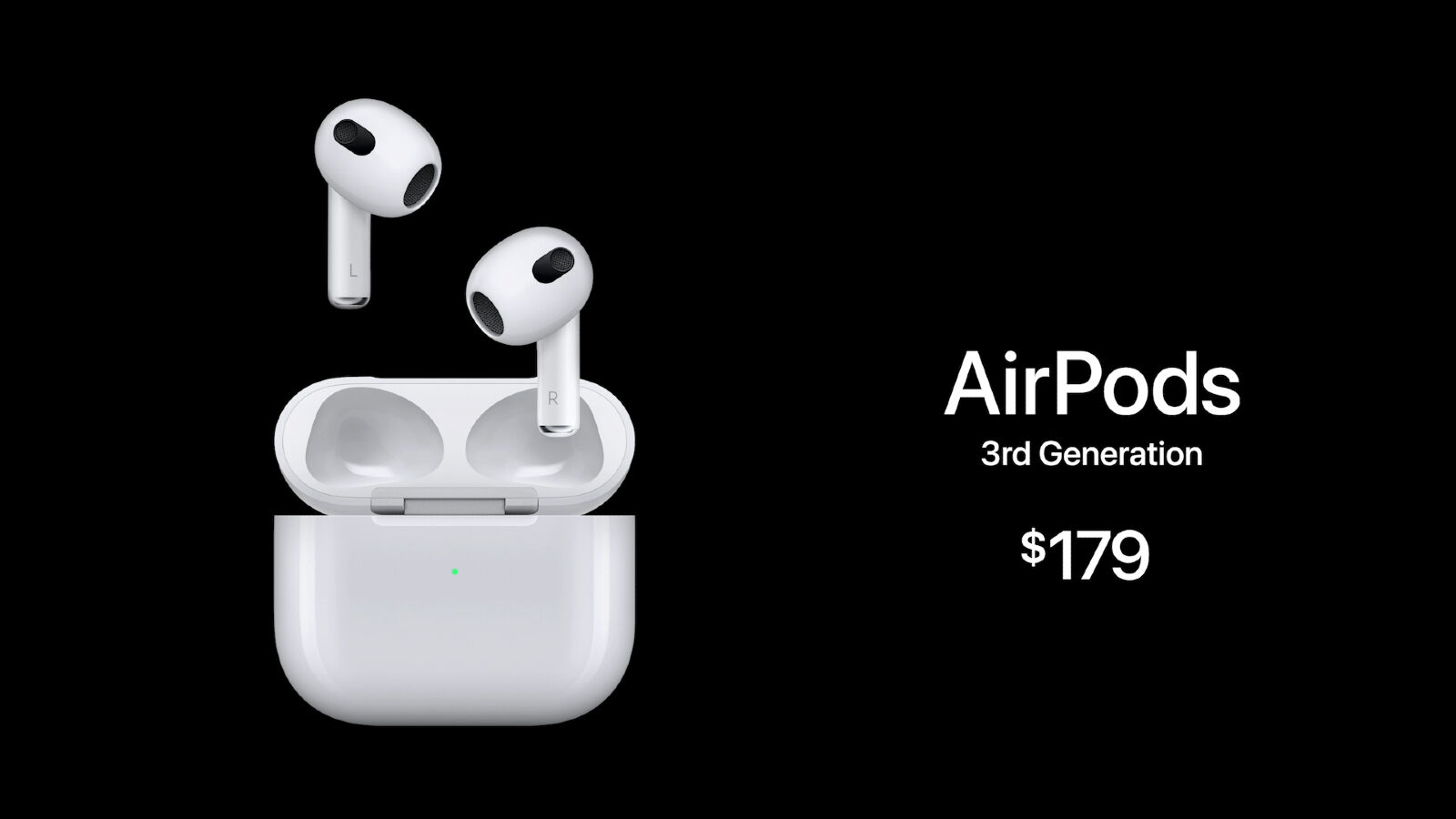 Also as expected, Apple has given a refresh to the AirPod range. The AirPods 3 feature a new design, Spatial Audio support and a battery life boost.

The new design is quite reminiscent of the AirPods Pro, with shorter stems and black microphone cutouts. There’s also changes to music playback too, which is controlled by squeezing the stems rather than tapping. Both the buds and the case boast an IPX4 water-resistance rating.

The AirPods 3 are packed with Apple’s H1 chip, which brings support for Spatial Audio – AKA, surround sound. Audio buffs will be pleased to hear that these buds have support for Dolby Atmos content as well. There’s also the same Adaptive EQ tech that the AirPods Pro have.

Battery life has had a boost – with Apple claiming up to six hours in one use, and four full charges via the case – bringing the total listening time to around 30 hours. The case now has support for both wireless charging and MagSafe. 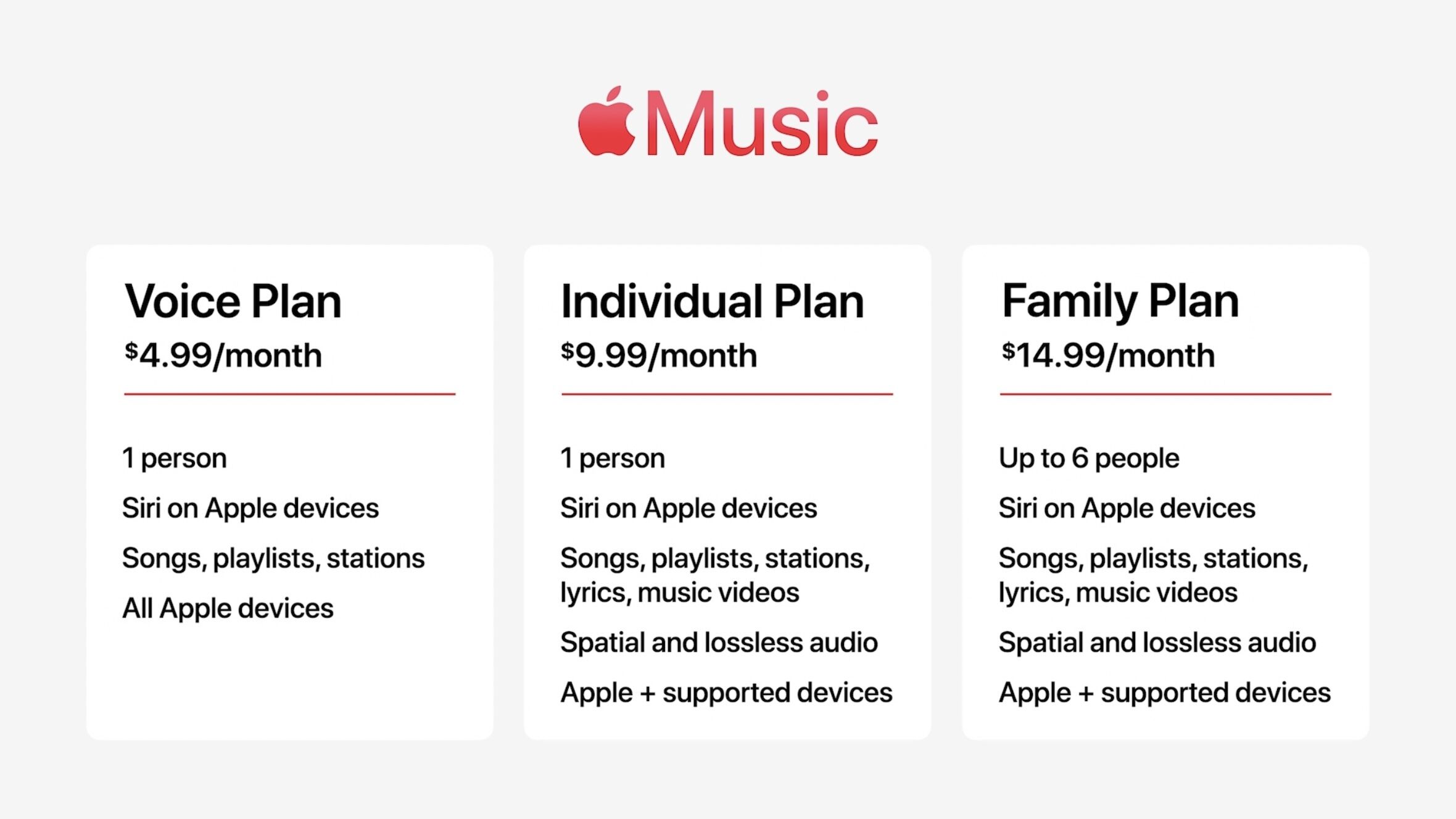 Perhaps the oddest announcement of the night goes to Apple Music Voice. This is a new subscription tier for Apple Music, which is the cheapest one so far. However, it only supports use via Siri.

You can ask the voice assistant Siri to play different songs, playlists and albums, but you won’t be able to access them via the Apple Music App. In addition, there is no support for Spatial and lossless audio.

Apple Music Voice is rolling out in Autumn in 17 different countries, including the UK and US. It costs £4.99/$4.99 per month. However, Apple has stated that a one-time, seven-day free trial with no auto-renewal will be given to users who ask Siri to play music on their Apple device. 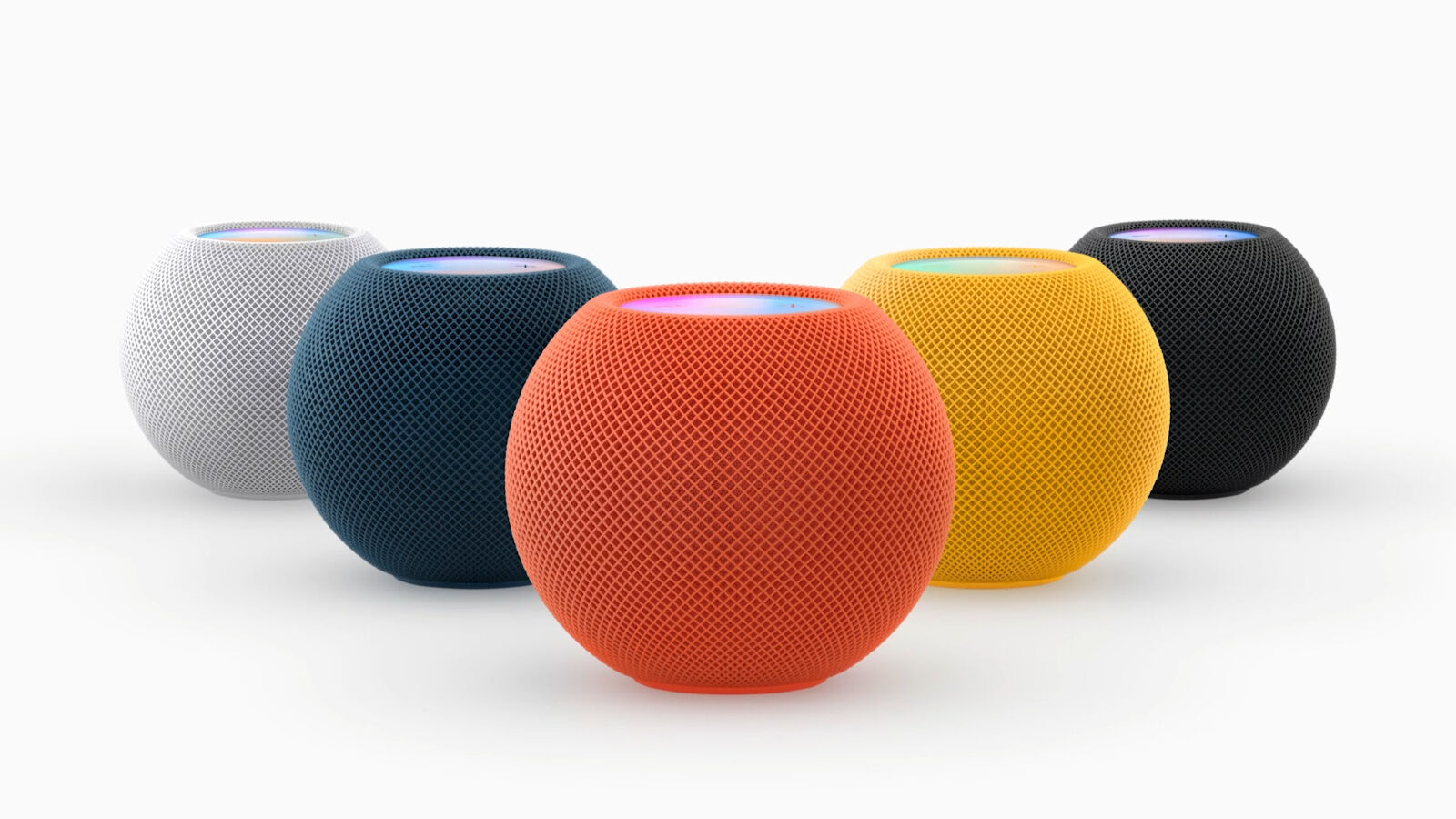 Whilst not groundbreaking news, smart home fans will be pleased to hear that the HomePod Mini will be getting three new colours: orange, yellow and blue.

The new speakers will join the existing white and black variants this November for £99/$99.