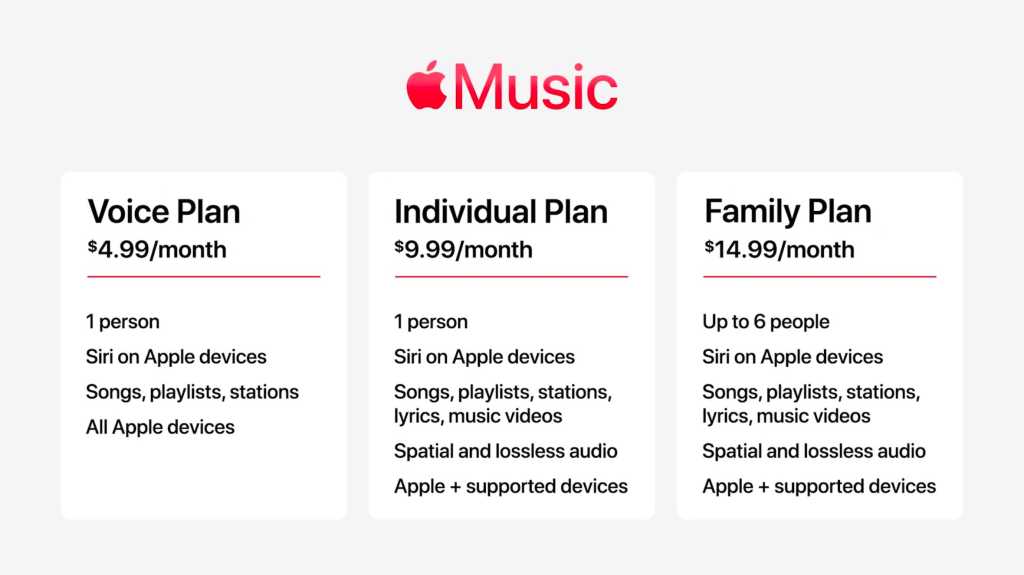 Apple’s October event is focused on Music and Mac, and the first announcement of the night was a bit of an odd one. Alongside the news that the company is adding a bunch of new curated playlists related to moods, Apple announced Apple Music Voice – a new tier of Apple Music subscription exclusively available via Siri.

Apple Music’s standard subscription starts at £9.99/$9.99 per month, but Apple wants to make it more accessible. Its answer? A new Apple Music subscription dubbed Voice that’ll be available exclusively via Siri, rather than the Music app.

So, rather than being able to curate your own playlists and browse via the app, you’ll instead ask Siri to play the song, album, artist, playlist or album of your choosing.

Relying on Siri to provide music playback has its benefits – namely that you’ll be able to access it from any Apple product across the iPhone, iPad, Apple Watch, HomePod, Apple TV and Mac lines.

It is a more natural way to access music, and those that utilise virtual assistants to play music will already have experience with the concept, but it’ll no doubt take most people getting used to – there isn’t any other music streaming service quite like this, after all.

There are limitations to the entry-level tier, including no access to Spatial and lossless audio, but if you aren’t using Apple’s wireless earbuds or other high-end buds that offer spatial audio support, that’s not such a dealbreaker.

Apple Music Voice costs £4.99/$4.99 per month and it’s rolling out in 17 countries, including the UK and US, this autumn. If you’re interested in other announcements from Apple’s October event, take a look at the latest AirPods 3 news.