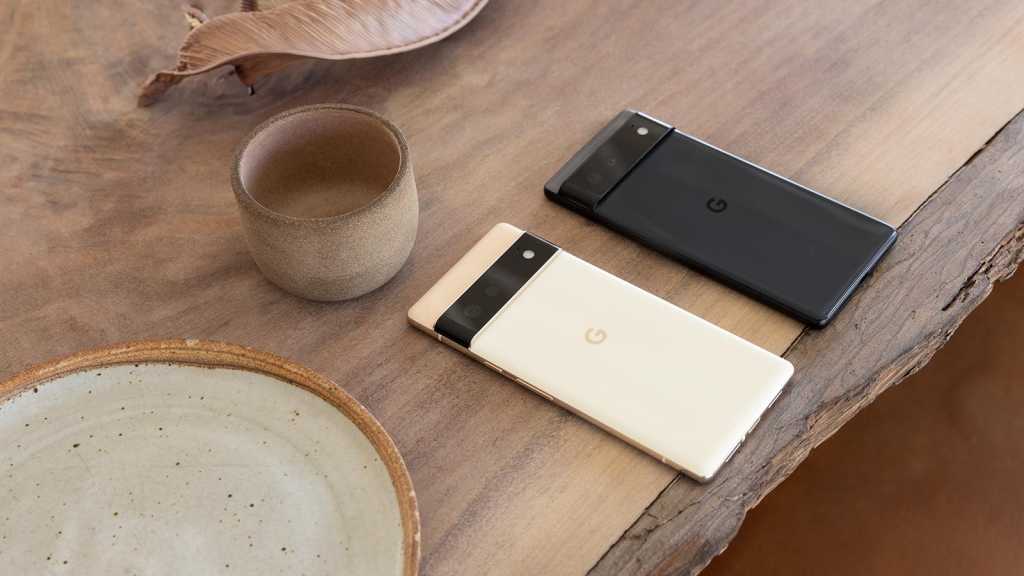 Sure, there’s wasn’t a detail that didn’t leak ahead of time but Google’s long-awaited Pixel 6 and Pixel 6 Pro are finally here; showcasing Android 12, a new design language, new camera system and the first example of Google-made mobile silicon, in its Tensor SoC.

Google is taking a wholly different approach with this year’s Pixel line. One that’s more assertive and – especially in the case of the Pixel 6 Pro (just look at that name) – designed to more directly compete with the £/$1000+ uber-flagships that the likes of Apple, Samsung, Oppo, Sony and Xiaomi currently offer, something it’s never really attempted before.

Both the Pixel 6 and Pixel 6 Pro are fundamentally united by their use of Google’s homemade Tensor SoC, replacing Qualcomm’s Snapdragon chips for the first time on Pixel; something Google claims was necessary to facilitate the phone’s particular talents in AI (artificial intelligence) and ML (machine learning) disciplines – the Tensor name is already known for within Google’s wider product portfolio.

This AI/ML approach manifests in a host of new Pixel-exclusives throughout the Android 12 experience (which in this instance comes with an unprecedented five years of security updates) found running on these phones. Exclusive features include fast on-device language processing for Live Translate – when messaging or watching video, greater security – bolstered by Google’s upgraded Titan M2 chip and a host of new camera features.

Magic Eraser, Motion Mode and Face Unblur join long-standing Pixel photographic abilities, like Top Shot and Night Sight. As the name suggests, Magic Eraser can automatically detect and paint out unwanted elements/people in a scene around a subject, Motion Mode adds stylised motion blur to shots for added drama and Face Unblur is tasked with keeping the faces sharp on otherwise moving subjects.

Google also paid particularly close attention to improving skin tone accuracy, with what it’s calling Real Tone; using an image set 25 times more diverse than previously to train its imaging algorithm to bring out the best in skin tones of all types.

Speaking of the cameras, for the first time since the Pixel 3, Google has swapped out the main sensor on the Pixel, trading in the tired 12Mp Sony IMX363 for a 50Mp (assumed to be Samsung-made) primary unit, backed up by a 12Mp ultrawide snapper. The 6 Pro then builds on this duo, with the first periscopic telephoto camera on a Pixel, offering up to 4x optical zoom and 20x Super Res Zoom.

On the front, both phones feature OLED displays, however, the standard model sports a flat 6.4in 90Hz panel, while the Pro boasts a more advanced curved LTPO display, with support for a dynamic 10-120Hz refresh rate; making for smoother viewing and better power efficiency, just like Apple’s ProMotion tech on this year’s iPhone 13 Pro.

The Pixel 6 and Pixel 6 Pro were unveiled on 19 October and hit pre-order in key markets – including the US, UK and Europe – on the same day. The phones then go on sale on 28 October. Find out where to buy the Pixel 6 phones.

For more details on both new Pixels, check out our ‘Google Pixel 6: Everything you need to know’ feature, which includes information on specs – including that new Tensor silicon – and features, as well as the new accessory ecosystem, which includes an upgraded wireless charging Pixel Stand.