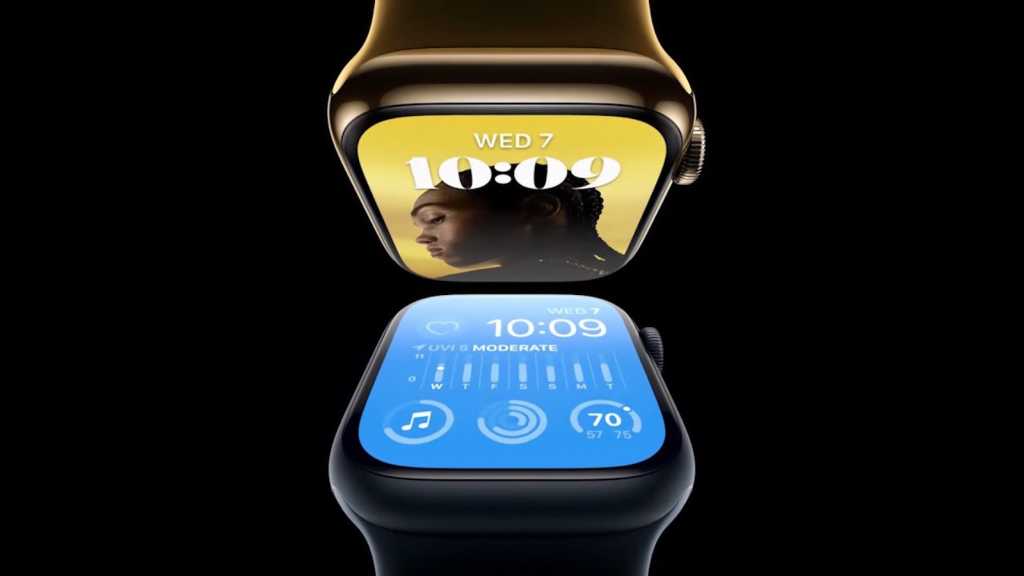 The Series 8 has a new low power mode that’ll give you 36 hours of battery life, a temperature sensor and car crash detection that look to improve the overall Apple Watch experience, though there’s no sign of the rumoured redesign – it’s likely that rumours were instead referencing the Apple Watch Ultra.

Here’s everything you need to know about the Apple Watch Series 8, from pricing and availability to the key new features of Apple’s wearable.

When was the Apple Watch Series 8 released?

As predicted, Apple announced the release of the new Apple Watch at its ‘Far Out’ event on 7 September. The Series 8 is went up for pre-order immediately after, with general release just over a week later on 16 September.

How much does the Apple Watch Series 8 cost?

Here’s how much the Apple Watch Series 8 costs:

It looks as though we are saying goodbye to the blue and green colour options. The Apple Watch Series 8 is available in aluminium and stainless steel cases in two sizes: 41mm and 45mm. Aluminium case colours are starlight, midnight, silver and (PRODUCT)RED. Stainless steel comes in silver, graphite, and gold. As ever, they can be paired with any band you like.

There are new Apple Watch Nike and Apple Watch Hermès bands available too, and any watches running watchOS 9 will be able to access the Nike watch faces.

What new features does the Apple Watch Series 8 have?

New features that are exclusive to the Apple Watch Series 8 are thin on the ground. Some features, such as the new low power mode, will be available on Apple Watch Series 4 and onwards. Plus, major design changes that were rumoured were instead related to the new Apple Watch Ultra.

The Series 8 will feature an innovative new sensor set, comprising two temperature sensors: one on the back of the watch, near the skin and another under the display. The sensors will sample the wrist temperature every five seconds during sleep, measuring changes as tiny as 0.1°C. Users will be able to track temperature shifts in the health app, which can help them to identify signs of oncoming illness.

It’s also a key part of the new Cycle Tracking feature, which will provide female users with retrospective ovulation estimates. This can help with family planning, although Apple is clear that it should not be used as a form of birth control. In addition, users of Cycle Tracking can opt to be notified of deviations that could point to underlying health issues.

When the Apple Watch detects a serious car crash, it’ll send an alert to the user. If they’re unresponsive, the watch will dial emergency services and notify them of the location of the crash site. Emergency contacts will also be notified.

The feature is predicated on a new, more powerful gyroscope and industry-leading accelerometer which are harnessed by an algorithm created using data from professional crash test labs.

One big new feature coming to the new Watch Series 8 is a low-power mode. As Apple Watch fans will know, this is a feature that’s been absent from Apple smartwatches until now. While the Series 8 has an always-on display, this can be switched off in favour of extended battery life. You should be able to use your Series 8 for up to 36 hours in this mode. But as we say, low power mode will be rolled out to all Apple watches from Series 4 onwards.

Other new features will be available in watchOS 9, including changes to international roaming, a redesigned compass app and AFib History, for users to get heart health information. To find out more, take a look at our article all you need to know about watchOS 9.