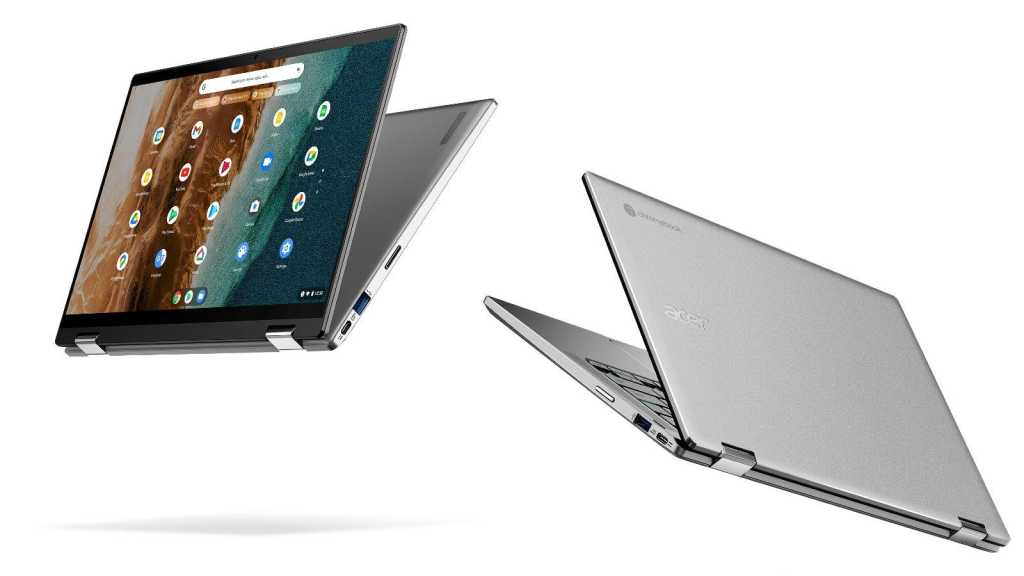 Windows 11 is the focus for most laptop manufacturers right now, but Acer is continuing to invest heavily in Chromebooks. The Taiwanese company just launched four new Chrome OS devices at its Global Press Conference, aiming to cater to all potential users.

The pick of the bunch is the Spin 514, Acer’s flagship convertible Chromebook. This 2021 refresh focuses on performance and video calling, both of which are crucial to effective remote working. It’s powered by Intel’s latest 11th-gen processors (i5 or i7), alongside Iris Xe integrated graphics and 8 or 16GB of RAM. Chromebooks are typically less powerful than their Windows counterparts, but that doesn’t look to be the case here.

Elsewhere, a built-in Full HD (1080p) webcam makes the Spin 514 a great option for video conferencing. It’s a better sensor than you’ll find on most laptops, while Acer claims its noise-reduction technology improves image quality even further. Dual microphones and dual stereo speakers aim to provide a premium audio experience without the need for dedicated equipment.

The display itself is a 14in, Full HD (1920×1080) LCD panel. It would be nice to see Acer bring OLED screens to its Chromebook line, as Samsung and Lenovo have already done, although it’s not a priority at this price point. As a convertible, the display can rotate a full 360 degrees to suit your workflow.

Acer claims the Spin 514 will get you up to 10 hours from a single charge – it’ll be interesting to see how that holds up to everyday usage. Other features of note include a generous port selection and military-grade durability, despite weighing only 1.37kg. The device starts at €799/US$699.99.

If you’d rather sacrifice convertible functionality for a larger display, the Chromebook 515 looks like a good choice. It has plenty in common with the Spin 514, including the latest Intel components and up to 10 hours of battery life. The main difference here is a 15.6in screen, although it’s still IPS and Full HD resolution. It’s also more affordable, starting at €499.

Chrome OS devices have long been considered a relatively affordable option. The Chromebook 514 is the cheapest computer Acer launched, starting €399/US$399.99 – that puts it firmly in budget laptop territory. The big change here is under the hood, with the usual Intel CPUs swapped out for the ARM-based MediaTek Kompanio 828. Relatively few devices use this chip, so it’s hard to make any predictions when it comes to performance, but Acer says streaming, multitasking and content creation are within reach.

The 14in display is matt instead of glossy, making it less reflective than most laptop screens, but its key advantage is battery life. Acer says it can last up to 15 hours on a single charge, while fast charging means you get 50% back in 30 minutes.

It’s also worth considering the budget-friendly Chromebook Spin 314, a convertible that starts at €449/US$499.99. With a 14in display and 360-degree hinge, the device is a versatile entry point into the world of computing. The device still uses Intel processors, although these are less powerful Pentium Silver and Celeron chips. There’s also only 128GB of eMMC storage.

Aside from the Chromebook 514 (November), all the new Acer Chromebooks will be available sometime before the end of October in Europe, the Middle East and Africa. There’s more variation when it comes to North American availability (Dec 2021/Jan 2022), with some release dates yet to be confirmed.

All four will be in contention for our best Chromebook chart.