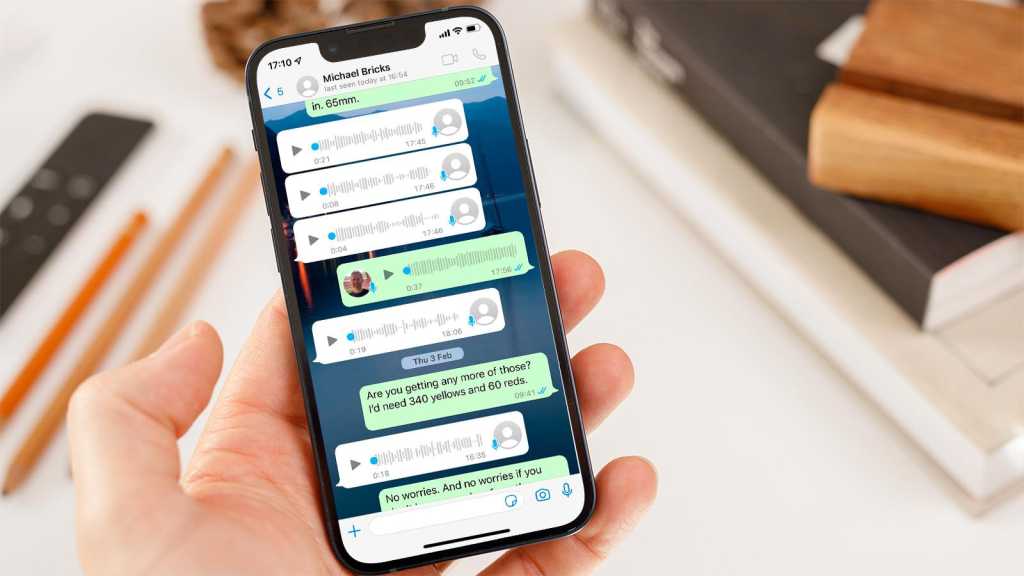 Though text messages will always remain in WhatsApp, many people use voice messaging as it’s quicker to record a short clip of you speaking than typing it, or dictating it and then correcting Siri or Google Assistant’s transcription.

Now, several new quality-of-life features have been added to WhatsApp that make voice messaging that much better. They follow other improvements such as the option to change the playback speed of messages and the ability to preview messages you’ve recorded before sending them

First is the ability to pause the recording mid-way through. Previously, you had to hold down the microphone button and say your piece before releasing it. If you make a mistake, you had to start over and if you miss out something you could either try again or record and send a second recording.

Now, you tap a record button which will change to a stop button (highlighted below). When you tap the stop button, the record icon will reappear. 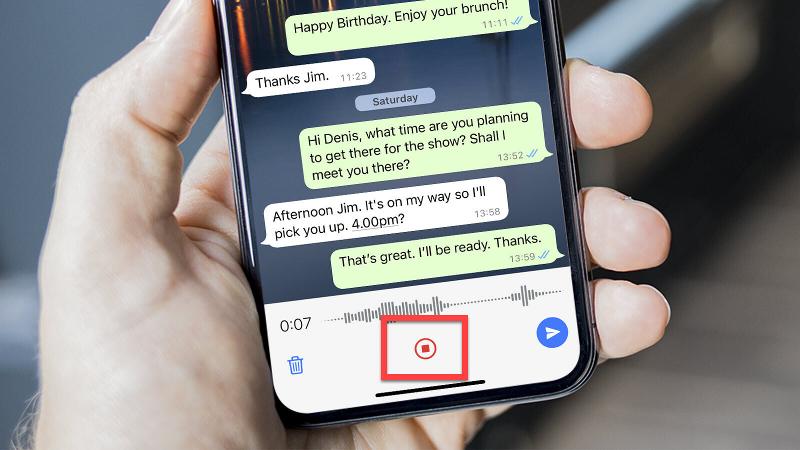 If you tap it, the recording will continue and you can stop and start as many times as you like. This means you’ll have the ability to pause and think before adding to the voice message and ultimately sending it.

2 ‘Out of chat’ voice message player

The second new features is the ability to listen to longer messages without having to remain in the chat containing the voice message. This sits at the top of the screen regardless of which tab or conversation you’re browsing in WhatsApp. 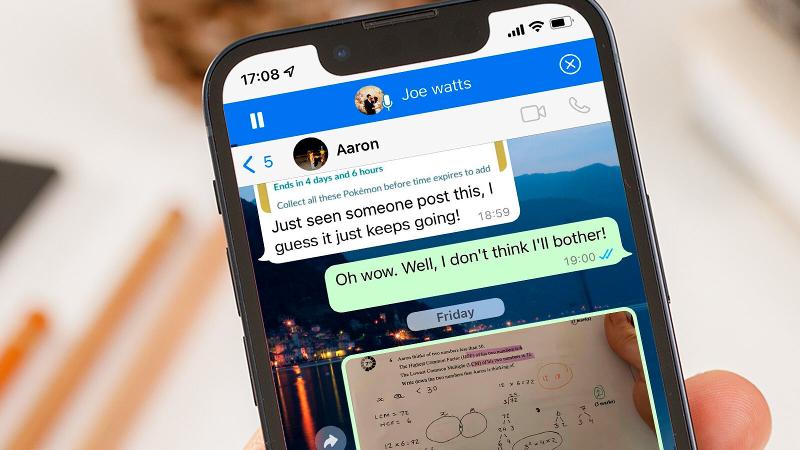 The way it works is that you start playing a voice message and can then go back to the list of chats or another part of the app. The player (the blue bar shown above) will remain at the top of the screen and allow you to pause and play the message as well as dismiss it.

It’s a relatively minor update in the great scheme of things, but it’s a welcome improvement nonetheless.

Perhaps even more minor is the change from a playback bar to a waveform. Older voice messages may still display the old bar, but newer ones in your chats should now show a waveform, a visual representation of the audio that can make it easier to follow along. 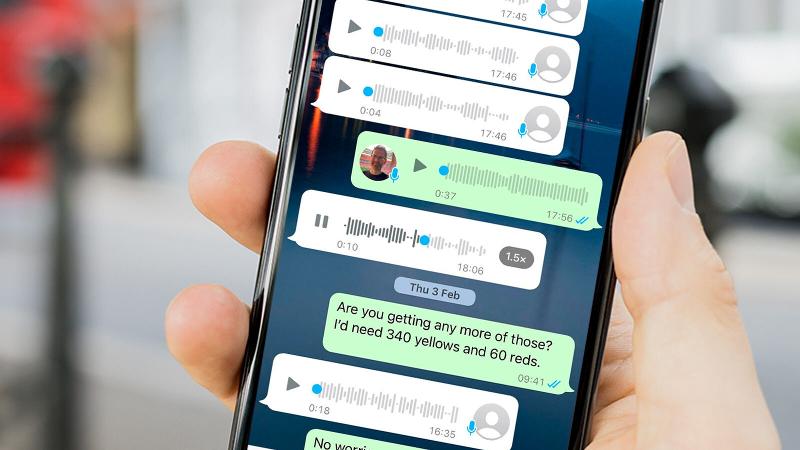 Instead of messages returning to the start, this quality-of-life update remembers the position you paused the message at, and will resume playback at that point when you return to it.

When you play a voice message, an icon to the right will show 1x, but you can tap this to go to 1.5x speed, and tap again for 2x. It’s a handy feature for quickly getting the information – especially for people who talk a bit too slowly.

This works on forwarded as well as regular voice messages.

If you don’t see these features, be sure to update WhatsApp on your phone.