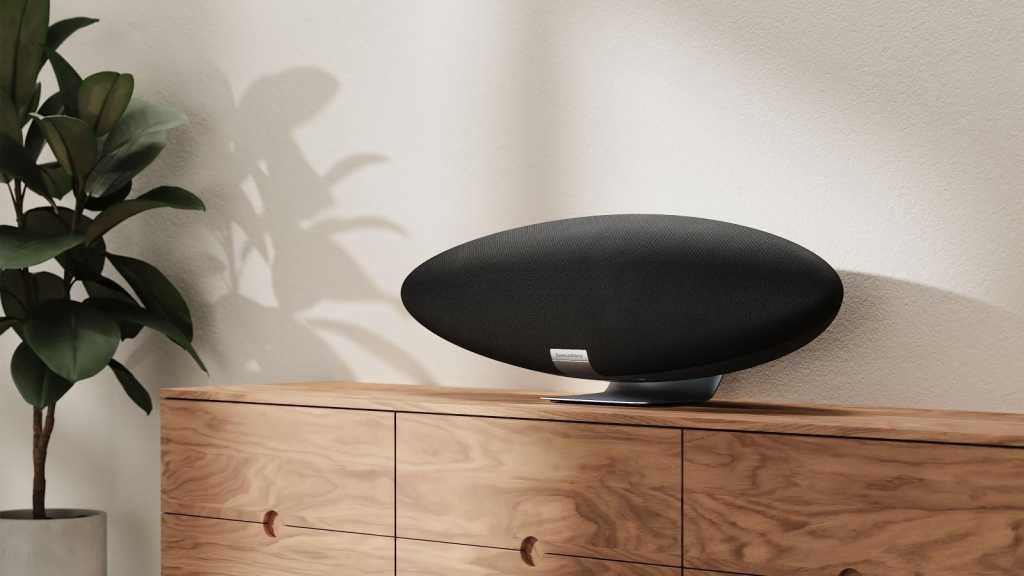 Bowers & Wilkins has announced a new version of its iconic Zeppelin speaker for 2021 with the ‘streaming age’ in mind.

The blimp-like speaker first arrived back in 2007 as essentially the best iPod dock you could buy. After wireless versions and a break from the limelight, the Zeppelin is back with the aim of being the best streaming speaker for your home.

Along with the highly recognisable design, the speaker comes with a new ‘halo’ lighting effect on the metal pedestal stand. It’s dimmable or can also be switched off if you prefer and the new Zeppelin can also be wall-mounted.

Of course, it’s the big sound you’ll be buying it for really, and the Zeppelin 2021 comes with a whopping 240W of power. It features two Decoupled Double-Dome tweeters – found in the firm’s award-winning 600 Anniversary Series speakers – along with a central 150mm subwoofer.

There are also a pair of 90mm mid-range drivers proprietary Fixed Suspension Transducer (FSTTM) technology used in speakers like the reference 800 Series Diamond. B&W simply believes it’s the best room-filling stereo sound you can get from a single unit.

With the original dock arm long gone, the Zeppelin 2021 is, of course, wireless with AirPlay 2 and aptX Adaptive Bluetooth meaning it’s suitable for iOS and Android users. There’s also Spotify Connect and you can access High-Res Audio from services like Tidal and Deezer.

It can handle up to 24bit/192kHz thanks to a built-in DAC but the aptX Adaptive is not lossless.

Also bringing the speaker up to date is the addition of Alexa, Amazon’s digital assistant so you can control it and other smart home devices around the home with your voice. However, there’s no way to mute the microphones on this smart speaker.

Other assistants like the Google Assistant or Siri may arrive at some point with B&W saying “we fully expect to do more in the future.”

Bowers & Wilkins will be updating the Zeppelin next year with multi-room support including its Formation range. Note that there’s no remote control and the only physical port on the speaker (USB-C) is for service rather than input or anything else like charging your phone.