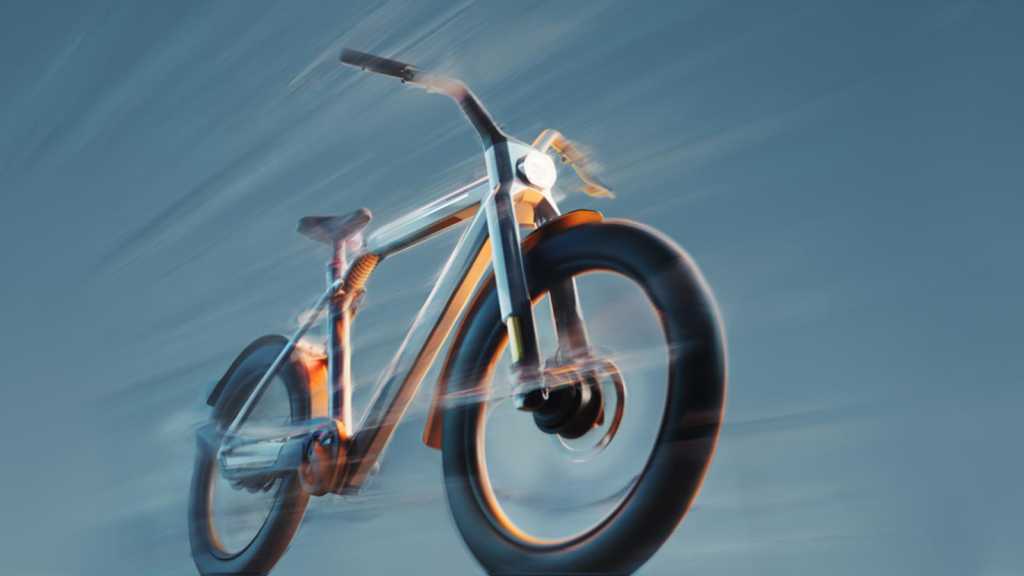 Today, VanMoof unveiled its latest electric bike. Simply called V, it looks like an S3 on steroids. It has a fatter frame, fatter wheels and – with the high-level circular headlight – much more of a motorcycle aesthetic.

The company is calling it a speed bike because it tops out at 31mph / 50kmh. Typically, electric bikes are limited to 15.5 or 20mph depending upon the region, but so-called speed pedelecs (a shortening of pedal electric) are already very popular in Europe.

The VanMoof V is powered by not one but two electric motors, one in each wheel. The company hasn’t revealed the wattage of those motors, but they’re bound to be over 1000W.

But a mess of regulations means that – right now and probably when the VanMoof V launches – you can’t ride an electric bike that exceeds the permitted speed limit without jumping through a lot of hoops.

In the UK, EU, Australia, India and many other countries electric bikes are limited to 15.5mph, a 250W motor, and you must pedal to make them move.

You can buy an electric scooter (a moped, not the other two-wheeled vehicle known as a PLEV) which can go faster, but these are not pedal-assisted and so, in the UK, must be registered with the DVLA and insured. There’s no need to pay vehicle tax because, as with other electric vehicles, they’re exempt.

If you want to ride something like the VanMoof V or an Roadster HS from Riese & Müller which has more powerful motors and a higher speed, then it’s classed as a moped or motorcycle (it depends upon the bike’s top speed and the country) and you have to have the appropriate driving license, insurance, registration and vehicle tax for it.

Not only that, but you must wear the correct safety equipment and may even have to install a mirror on the handlebars for the bike to be legal to use.

Some retailers will handle all the paperwork for you and supply a speed bike complete with registration plates, but it means the price of the bike is no longer the on-the-road price, and it’s considerably more expensive and more hassle just to ride a faster pedal bike.

In other countries regulations differ. But in the US and Canada, for example, electric bikes can travel up to 20mph / 32kmh and have up to a 750W (500W in Canada) motor.

When will electric bike regulations change?

The fact that electric bikes are unlicensed are one of the major reasons for their popularity. And they’re great for use in bike lanes. But even at 20mph, they’re too slow to ride safely in traffic on main roads.

You could argue the same thing about non-assisted bikes (or that they’re perfectly safe enough), but the point here is that electric motors can easily provide more speed and turn ‘speed bikes’ into true car replacements. And that has numerous advantages for the environment, congestion, health and shortening journey times.

This is why governments are already considering changing legislation for electric bikes. Belgium and The Netherlands (where VanMoof is based) have already created a new category for speed bikes. In fact, the countries have three categories for electric bikes: 250W, 25kmh; 1000W 25kmh and 4000W, 45kmh.

The latter is for speed pedelecs, but they still have to be registered and insured and ridden with a valid driving license.

The UK government is, according to a report from Cycling Industry News, considering raising the limit for electric bikes to 20mph like the USA and Canada.

However, unified regulations are a long way off which means that the only people interested in speed bikes will be those that are determined to replace their car. But bike makers are doing their best to speed things along.

Ties Carlier, one of VanMoof’s cofounders said, “We’re calling for policies designed around people, rethinking how public spaces can be used if not occupied by cars. I am getting very excited thinking about what a city could look like in the near future, and we are very proud to be part of the change by building the right tools for the transition.”

He explained the problem of outdated laws in a blog post.

For now, though, the simplest option is to buy a regular electric bike, which also tends to be a significantly cheaper option too.

Clearly, electric vehicles are the future, so it’s only a matter of time before speed pedelecs are easier to license and, who knows, maybe they’ll even become unlicensed.