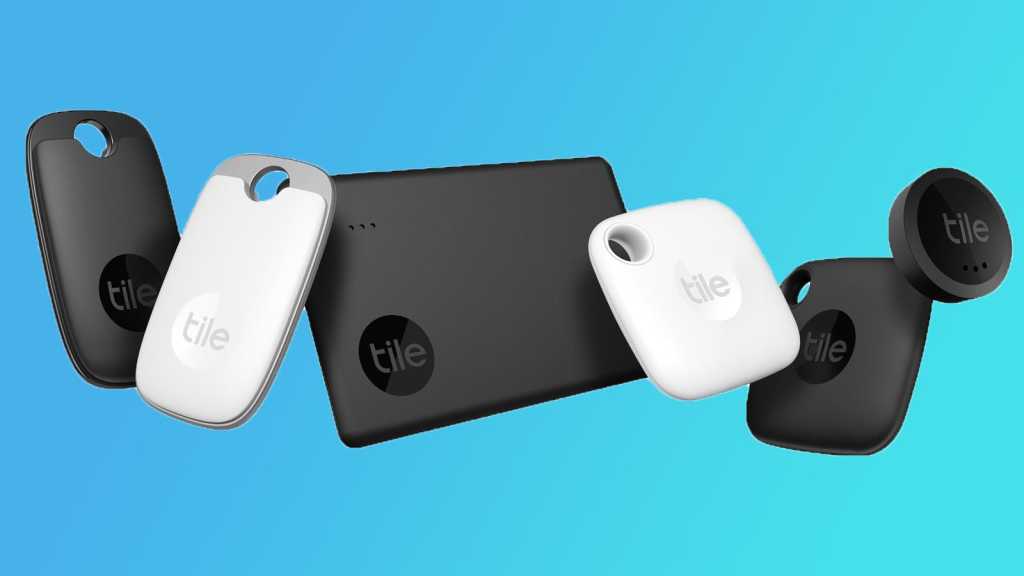 With Apple and Samsung launching their own item finders this year, Bluetooth trackers are becoming ever-more popular.

Tile remains one of the biggest names, though, and has launched a brand new range of trackers to replace the previous models. They all have a new look, apart from the Slim which – given the form factor – doesn’t offer much scope for design changes. Also, the Mate, Slim and Sticker all have a bigger range – up to 250ft – and built-in batteries that last up to three years.

There are also a couple of new features, including Lost and Found, as well as Scan and Secure. The first improves the existing Lost mode by adding a QR code on all the new Tile models (except the Sticker). Anyone can scan it and see a custom message left by the owner of the lost Tile.

As this doesn’t require the finder to have the Tile app, it means there’s a greater chance of lost items being reunited with their owners. 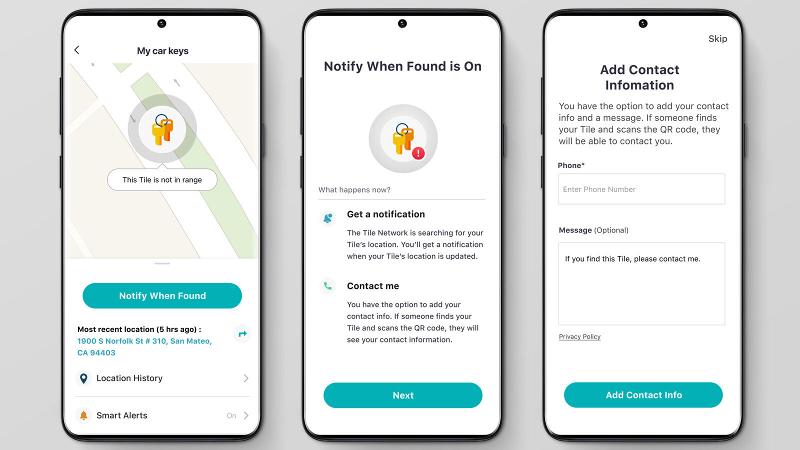 Scan and Secure, which will be available in 2022, will allow anyone with the Tile app to scan for unknown Tiles without signing in. This will help to stop anyone using a Tile to track a person’s whereabouts without their knowledge.

Of course, because Tiles work on both Android and iPhone, they’re more versatile than those which require a specific brand of phone.

The company doesn’t usually announce products ahead of time, but this year it has. The Tile Ultra is coming in 2022. The new model, which looks like a more premium Tile Pro complete with a mirror-finish metal frame, will have ultrawideband and work with phones that also have the technology to offer precise item location when you’re close by.

Tile says it’s working with Google to make sure UWB works well on Android 12 phones, and that the Ultra will be the first tracker to support Bluetooth and UWB that works on iPhones and Android.

The image below shows a mockup of how this will work in the Tile app. 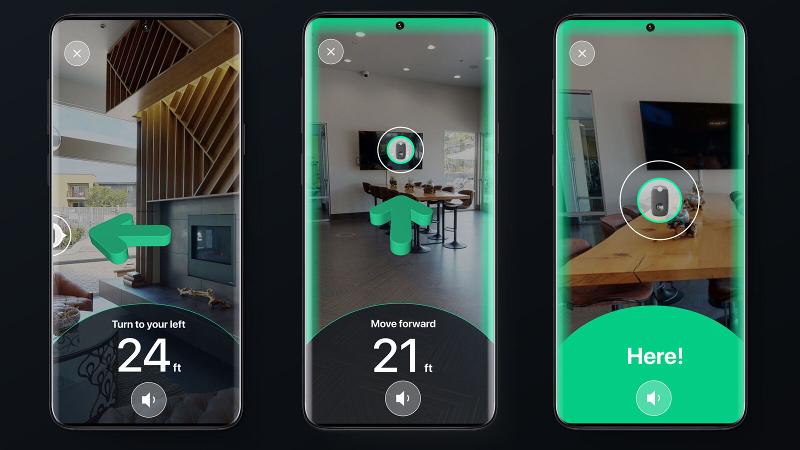 When are the new Tile trackers available to buy?

They’re on sale now direct from Tile as well as Amazon. In the UK, you’ll also be able to find them at retailers including John Lewis and Argos.

2021 Tile Pro vs Mate vs Slim vs Sticker

Here are the details of the new models: 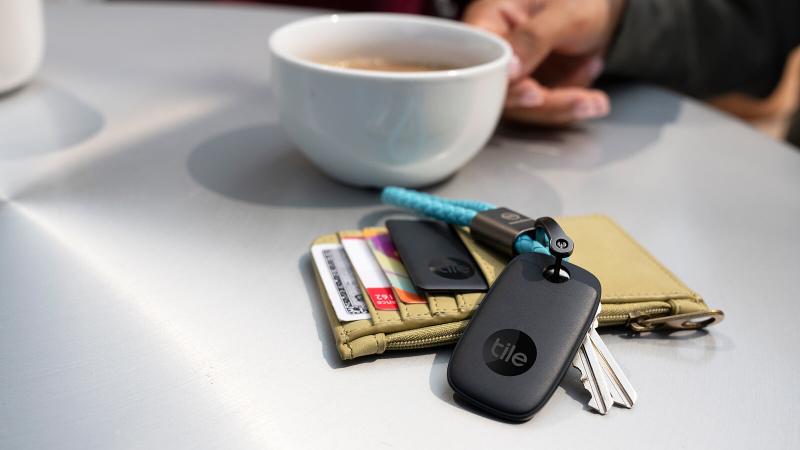 It’s the first time for a very long time that the Pro has had a redesign. Now more like a car key fob, it’s a better shape to attach to a keyring and fits better in your pocket.

The battery is still replaceable and it has the loudest ring of all Tiles, as well as the biggest range. 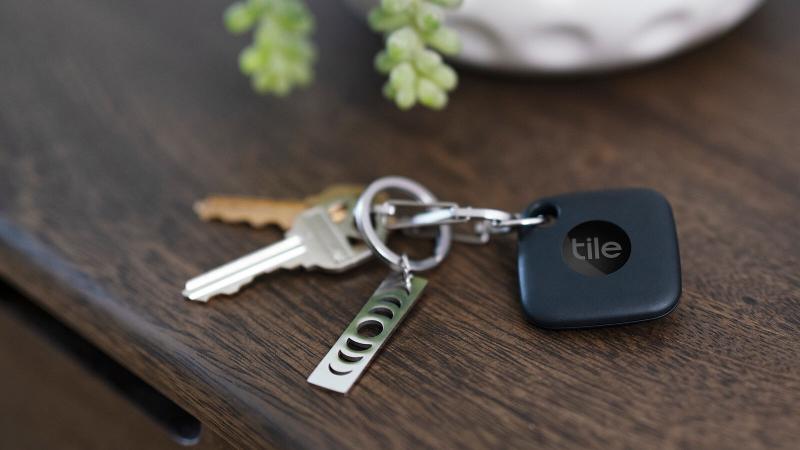 A more subtle redesign and the first Mate available in black as well as white. However, unlike the previous model, it no longer has a replaceable battery. To make up for this, the battery now lasts up to three years. The 250ft range is 25% bigger than the previous model.

Only available in black and designed for wallets or to be slipped into important folders, diaries or tablet cases, the Slim – like the Mate – has a three-year non-replaceable battery and a button that you can double press to ring your phone.

The 250ft finding range is 67% more than the original Sticker offered. 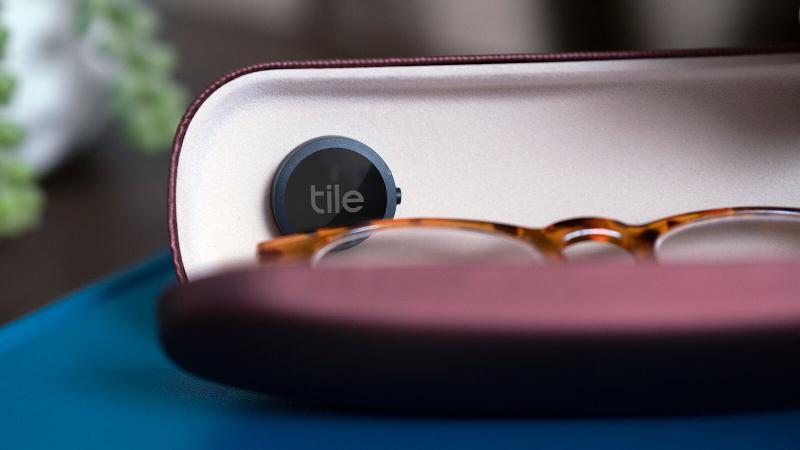 The second-gen Sticker is smaller and has a button on its side, not its front. This is avoid accidental presses, which were a common occurrence on the original Sticker.

It, too, has a battery that lasts up to three years, so you’ll be able to find those lost TV remotes, Xbox controllers and other small but valuable items – you can even stick one under the saddle on your bike.