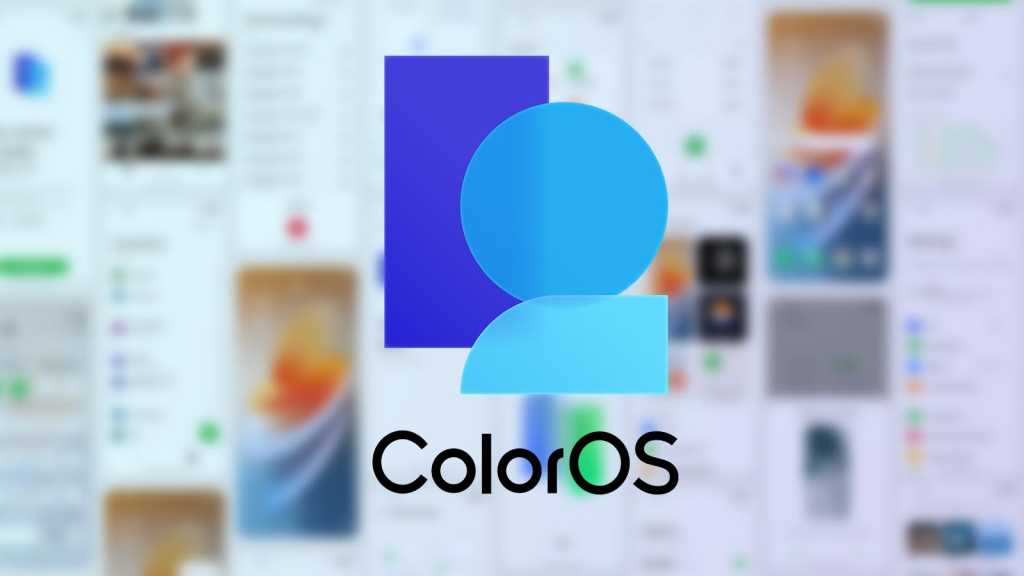 With Android 12 already (technically) now out in the wild, Oppo is among the first to pull the wraps off its own updated user experience – running atop this latest iteration of Google’s mobile platform – in ColorOS 12.

Last year, Oppo brought ColorOS’ numbering inline with the underlying Android release it was running on (jumping from 7 to 11). With version 12, there are a number of areas that the development team looks to have focused on, in order to better tailor an experience that some 440 million users globally interact with on a daily basis.

While rolling in new standard Android 12 features, like indicators for an active camera or microphone, approximate location sharing and its native Privacy Dashboard, ColorOS 12 places a greater emphasis on inclusivity, compared to previous iterations.

Catering to specific markets more closely seems to have been high on the list of priorities, as – based on user feedback – the team behind ColorOS 12 apparently spent the last two years improving the quality of their system-wide translations; covering multiple languages including Dutch, Russian and Arabic.

What’s more, information will apparently be displayed differently, depending on if you’re an Eastern or Western user, with each market seeing content within native apps and menus prioritised with regional tastes and preferences in mind. 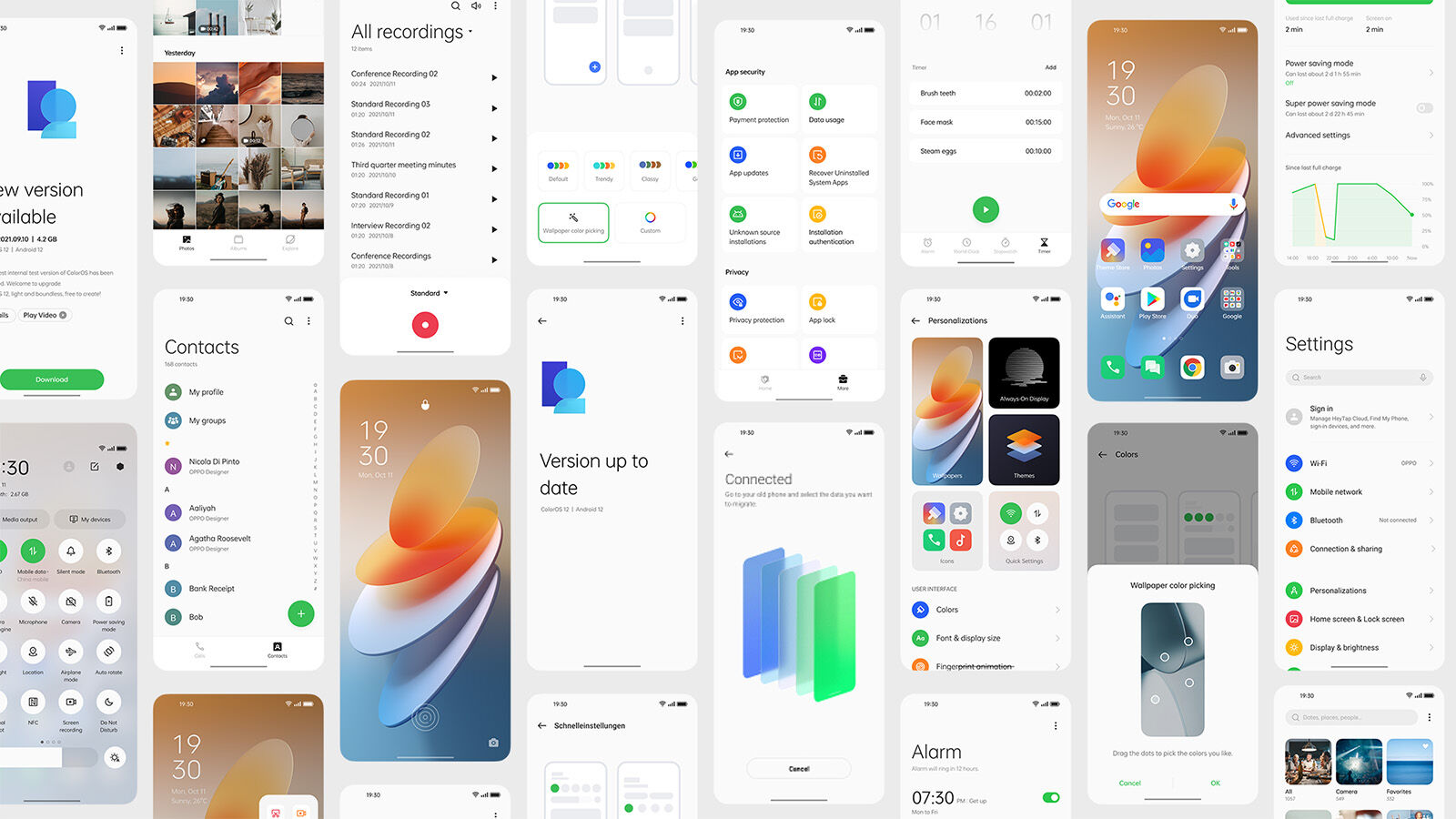 Accessibility has also been tended to, through a revised colour vision enhancement tool that helps those with vision impairments more accurately perceive visual content, Google Lens-powered translation – triggered by a simple three-finger swipe, and expanded support for more device formats and form factors (tying into the company’s existing Oppo X 2021 rollable concept and its rumoured foldable).

One of the big talking points, with regards to the unification of Oppo’s and OnePlus’ businesses, is the influence each phone maker’s user experience has or will have over the other. Back in July 2021, it was reported that OxygenOS – OnePlus’ Android user experience – would adopt ColorOS’ codebase. ColorOS 12’s unveiling gives us our first look at the effects OxygenOS’ newfound proximity is having on its sister UX.

Simplicity was one of OxygenOS’s most applauded traits and it would appear that with ColorOS 12, Oppo is looking to embrace similar sensibilities.

The Google Feed is now a swipe right from the primary home screen – in place of ColorOS’ own device-wide search, more of Google’s native apps (like Phone and Messages) will now serve as the default offerings, while the company has also removed apps like Oppo Relax (which can still be downloaded from the company’s own app store).

New icons, animations and customisation are all still key parts of the ColorOS experience but in version 12, the theme picker from stock Android also makes an appearance, albeit with some extra Oppo trappings.

Performance optimisations exist on the user side, with features like the new Quick Return Bubble – letting you action notifications while hopping back into a game before it kicks off (ideal for the likes of PUBG Mobile) – while under the hood, Oppo claims that ColorOS 12 suffers from less severe degradation over time (but a rate of 2.75%, compared to ColorOS 11), offers a 5% decrease in read and write times, uses 30% less memory and drains 20% less power, where background tasks are concerned. 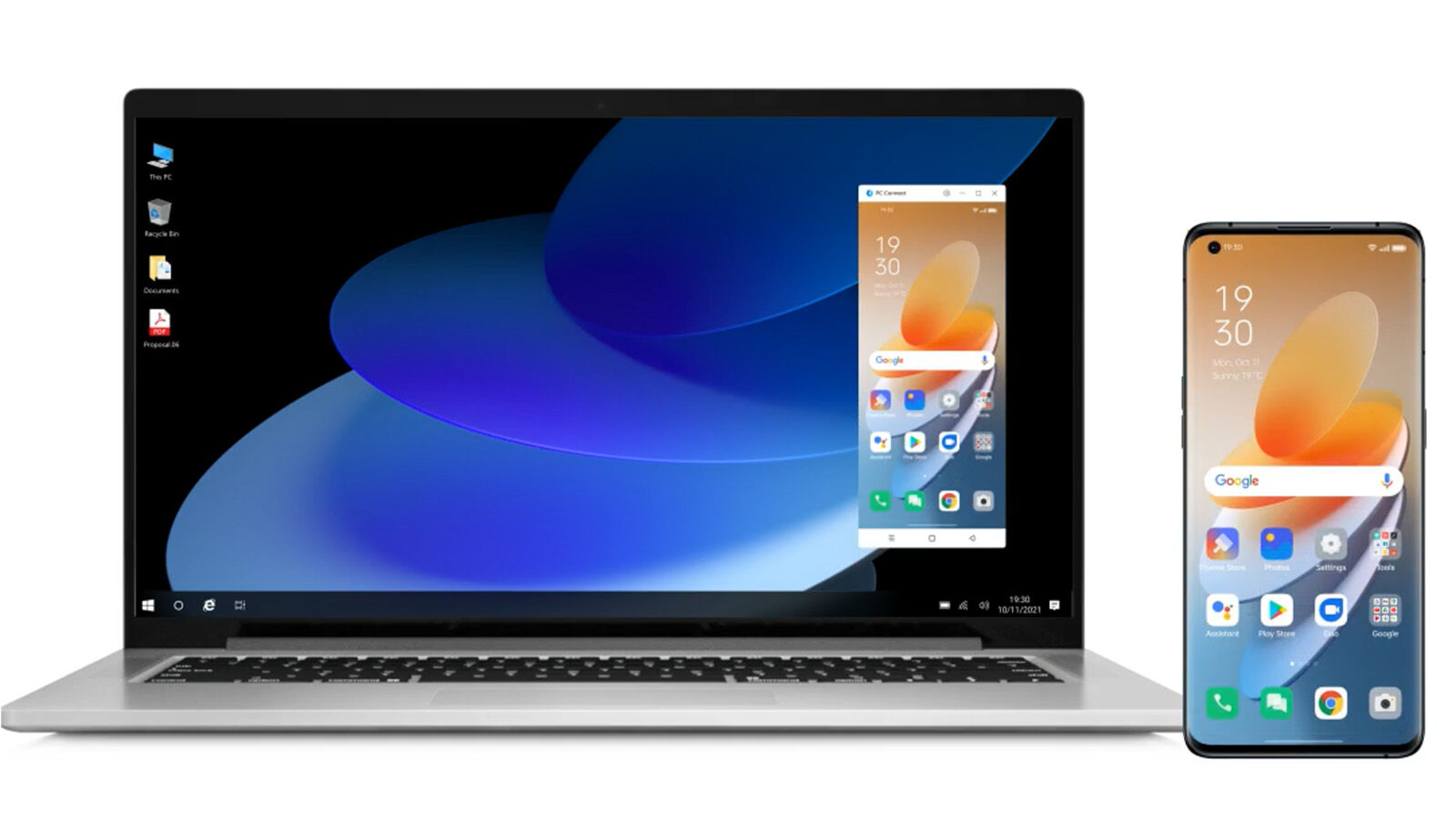 Beyond refinements like these, Oppo is also introducing all-new features, such as PC Connect, which – similarly to Huawei Share – will let users access and interact with their ColorOS 12 device on their Windows machine (running Windows 10 or newer), as well as being able to transfer files and text using simple drag-and-drop functionality (PC Connect won’t arrive until the release of ColorOS 12.1 early next year, according to Oppo).

Which devices are getting ColorOS 12 and when?

Oppo is aiming to bring ColorOS 12 to more than 150M users worldwide by the end of 2022, but as to when you might receive the update, that depends on which of the affected 110 models you’re using.

This list isn’t exhaustive but Oppo is kicking things off by bringing the ColorOS 12 public beta to Indonesia, Thailand and Malaysia first, starting 11 October. The Find X3 Pro is the first device to enjoy the move to ColorOS 12 and the only device currently listed to receive the upgrade in 2021.

Here’s a rundown of the devices expected to get the update in the first half of 2022:

And here’s the list of handsets that can expect the update from within H2 2022: