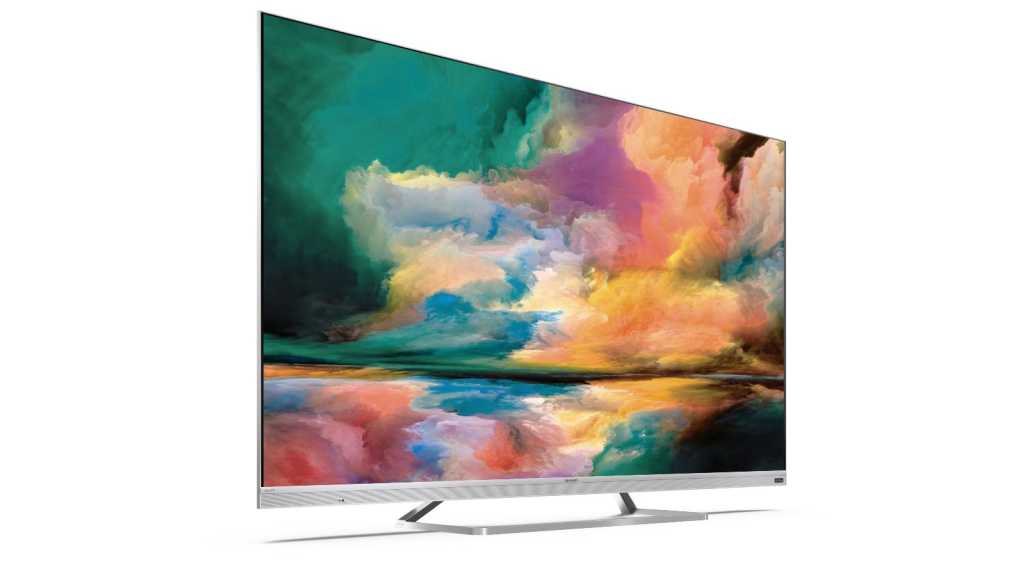 Sharp has unveiled several new TVs coming to market in 2021 and 2022. The line-up is led by the EQ series, which features Quantum Dot technology. Launching alongside this will be the CL series, and a new 70in model in the DN series.

TVs in the range support Dolby Vision, HDR10, HLG, as well as a frameless design to help maximise the appearance of the panel and give an overall sleek effect. All TVs feature Android TV (also known as Google TV) with the most popular entertainment apps such as Netflix and Disney+. Here’s which models will be launching:

The new Sharp TV range is headlined by the EQ series. This is the first Sharp TV in Europe to feature a Quantum Dot 4K display, along with an ultra-wide colour gamut and precise colour rendering. The TVs in the EQ series support the formats HDR10, HLG and the sought-after Dolby Vision – which you read up on in our Dolby Vision explainer.

The panel features up to 400 nits brightness, along with Sharp’s own AQUOS Motion technology to smooth picture motion. The EQ has a built-in ambient light sensor on the front, which automatically adjusts the brightness on the TV in response to the lighting conditions it is situated in.

The aluminium body comes in a choice of two colours: black and silver, and the panel has a frameless border. The screen is 60Hz rather than 120Hz, which may be a disappointment to gamers. However, this does keep the price of the TV competitive.

For audio fans, the EQ series has a 24-watt two-way speaker system designed by Harman and Kardon, as well as a front-firing tweeter and a down-firing woofer to help boost the bass. This is all backed up by Dolby Atmos, DTS X and DTS Virtual X, which Sharp claims produces a surround sound effect.

The TVs in the EQ series feature USB ports, four 2.1 HDMI inputs (including an eARC connection) and a microSD reader so users can add photos and media onto the big screen. There’s also combability with Google Assistant on the remote, should you need voice controls for the TV.

For gamers, the EQ has ALLM (auto low latency mode) and VRR (variable refresh rate) to adjust the settings to the optimum amount depending on what is being played. The TV comes with the latest version of Android TV OS, Android 11. 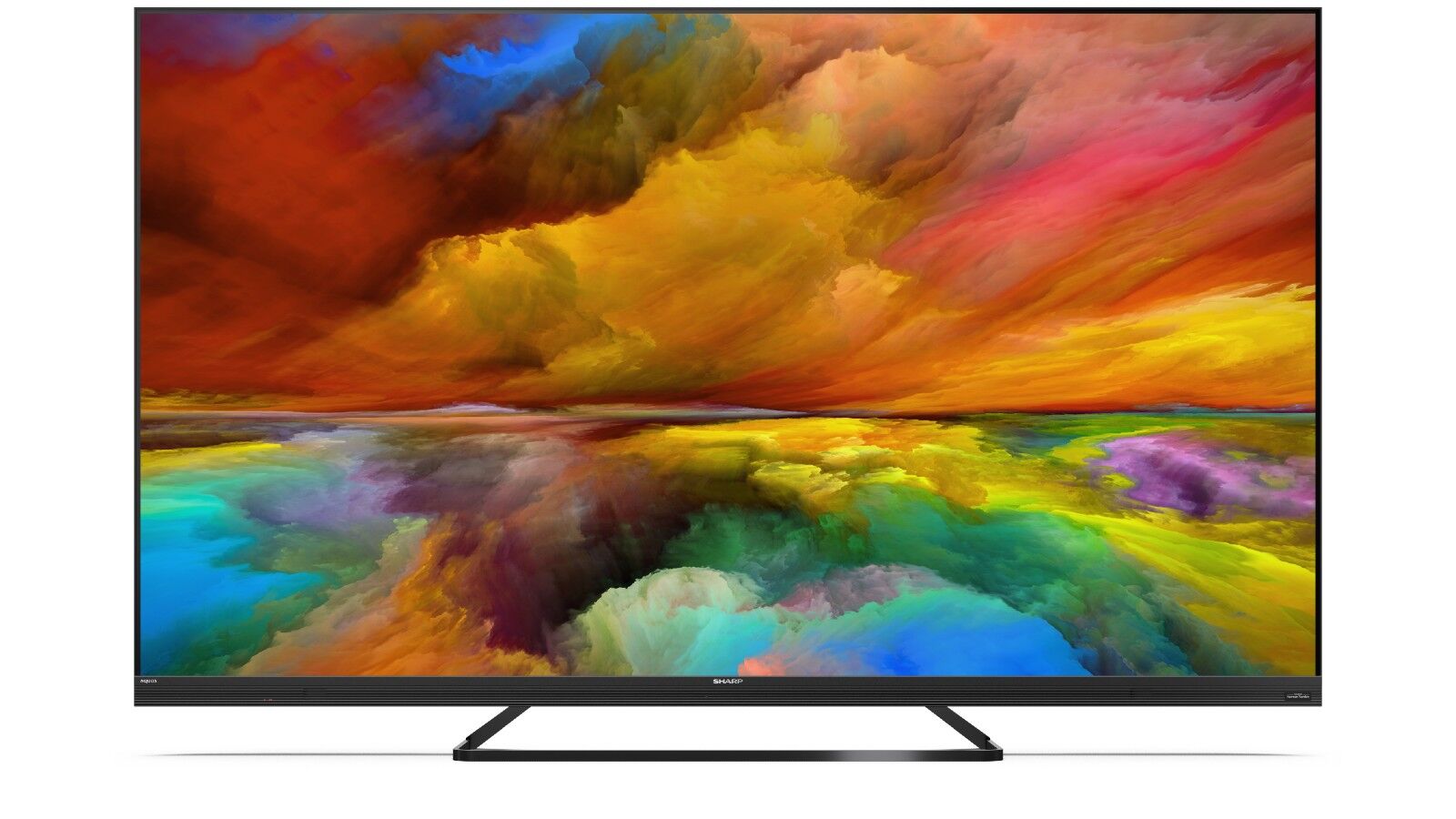 The CL series TV is a more affordable, large TV in Sharp’s new range. Whilst this is still a 4K 60Hz panel, there is no Dolby Vision combability. You still get support for HDR10 and HLG, but without that frameless design that is seen on the EQ series.

The TV comes with built-in Chromecast and Google Assistant support on the remote, along with Bluetooth. The sound system is a 2.1 setup from Harman and Kardon, but does not feature Dolby Atmos.

The CL TV features Android 9 rather than Android 11, but still has support for all the major entertainment apps. 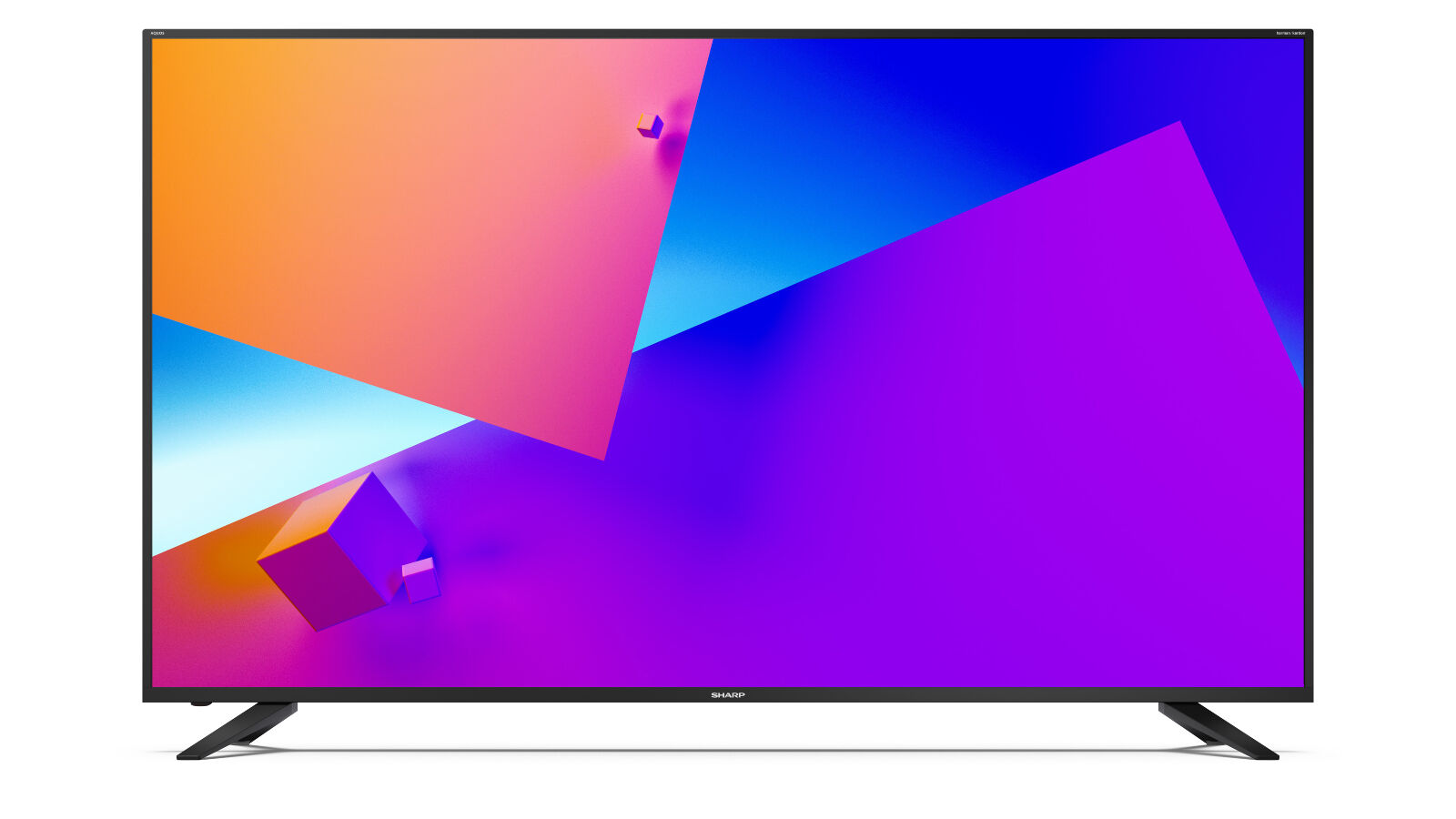 The DN series is already available in 50in and 65in panels, but Sharp is now introducing a 70in TV to the line-up.

Whilst the DN series comes without the Quantum Dot technology that the EQ has, it still boasts a 4K Ultra HD panel with support for Dolby Vision, HDR10 and HLG, and retains the AQUOS Motion technology.

The DN series features the same slim frameless design that is seen on the flagship EQ series, but only comes in a black finish. The TV has a 2.1 sound setup from Harman and Kardon, along with Dolby Atmos and DTS Virtual X audio processing.

For gamers, there’s four HDMI ports, VRR and ALLM, along with Google Stadia support via Android TV. Once again, there’s Google Assistant for voice control via the remote. Like other TVs in the DN series, it runs on Android 11 OS. 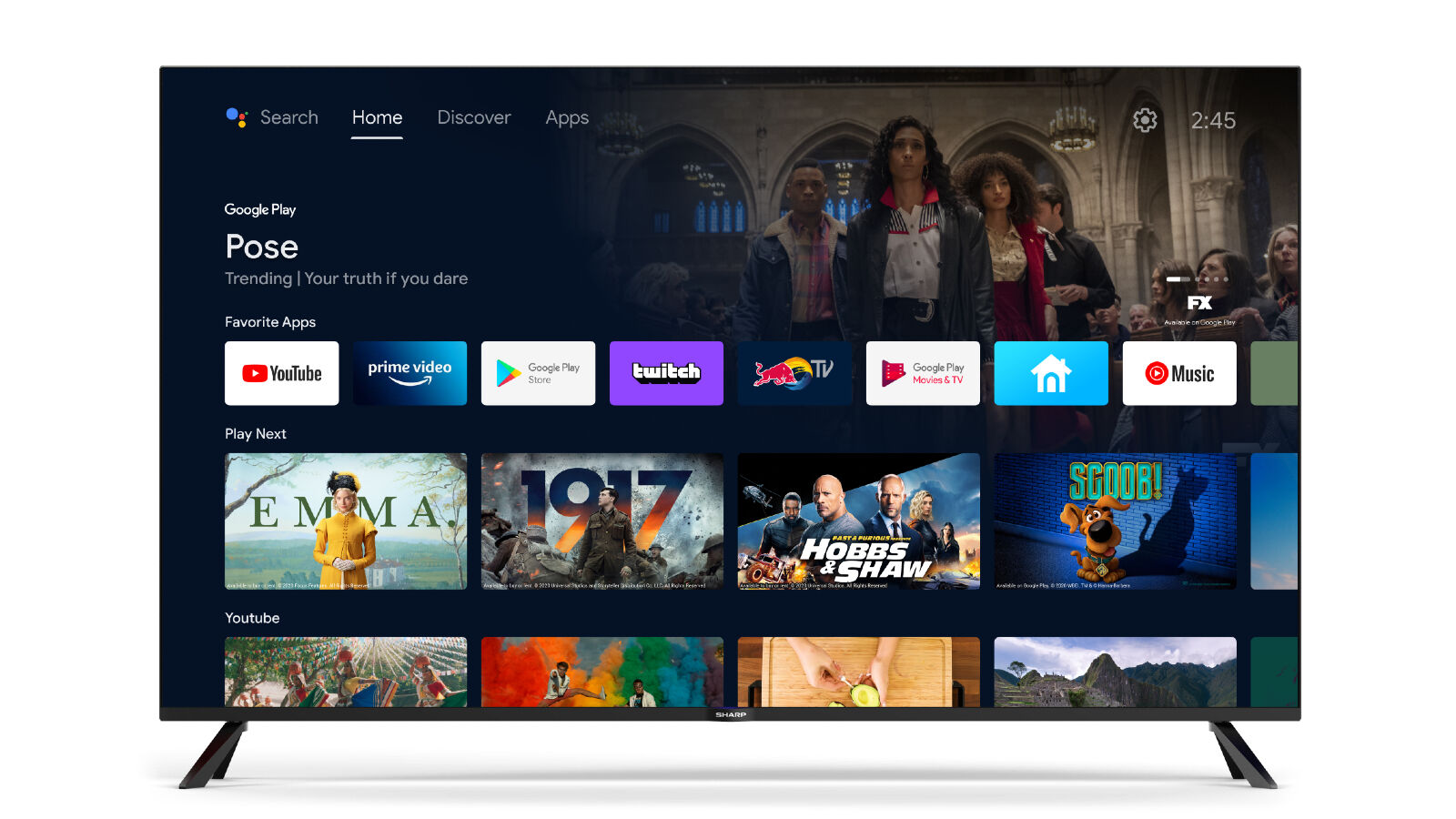 The CL series is due to hit shelves in time for Black Friday in the UK, whilst the 70in DN TV will release this December in the UK. We’re still waiting for pricing on these models – none of the TVs will be on sale in the US.

You’ll be able to buy all the TVs from the Sharp website, as well as third-party retailers. You can also take a look at our roundups of the  best TVs, and check out the new budget TV range from Toshiba.