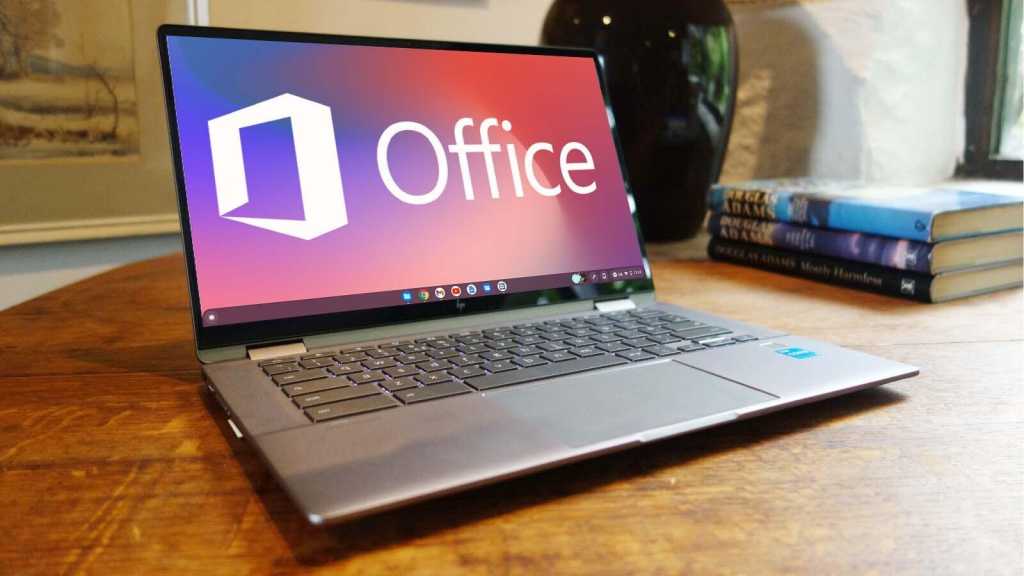 There’s a wide range of software and services available for Chromebooks that allow you to get work done while using the Google-powered laptops. But what if you want to use Microsoft Office? Is it possible to use Word, Excel and PowerPoint on a Chromebook?

Well yes it is, and here we’ll show you how to access the apps as well outline some alternatives that you might want to consider instead.

How to use Office online with Chromebooks

As Chromebooks are focused on using web-based apps, which are essentially web pages that replicate the interface of an app, it should come as no great surprise that this is how you can use Microsoft Office.

As an aside, Chromebook models that support Android apps (you’ll find a list of these on Google’s compatible Chromebook list) were able to run the Android versions of Office apps, but Microsoft ended this support in September 2021. Now, it’s only possible to use the web version of Microsoft Office.

While you won’t get many of the advanced features found in the Windows or macOS desktop programs, you can still work on documents in Word, presentations in PowerPoint or spreadsheets in Excel. You can edit these documents and adding various data, all of which will be saved online so you can pick up where you left off when you return to your PC or Mac.

To use Office online, go to the Microsoft Office on the Web page and click the Sign In button if you already have a Microsoft account or choose Sign up for free if you don’t.

Unlike previously, you can now use basic versions of the apps without paying for a subscription. You can create documents as well as edit and share them. 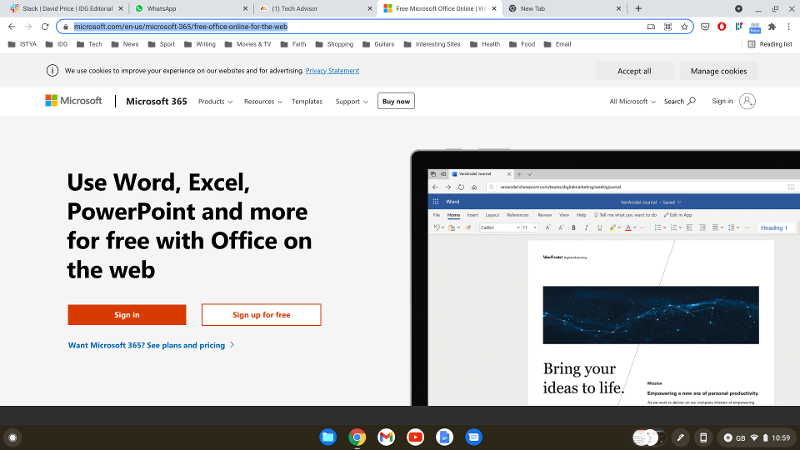 Once you’ve set up an account you’ll be taken to the Office homepage. This shows any existing files you may have (which will be none if just just created a new account), displayed in the central pane.

On the left you’ll also see the icons for each of the programs you have access to online. These include Word, Excel, PowerPoint, Outlook, OneDrive, Teams, OneNote and a few others. To start using one, click on the relevant icon.

From here you can create a new document, upload existing ones from cloud storage services (using the Upload and open… option) or from your hard drive, then edit them as you would with any normal version of the Office apps. 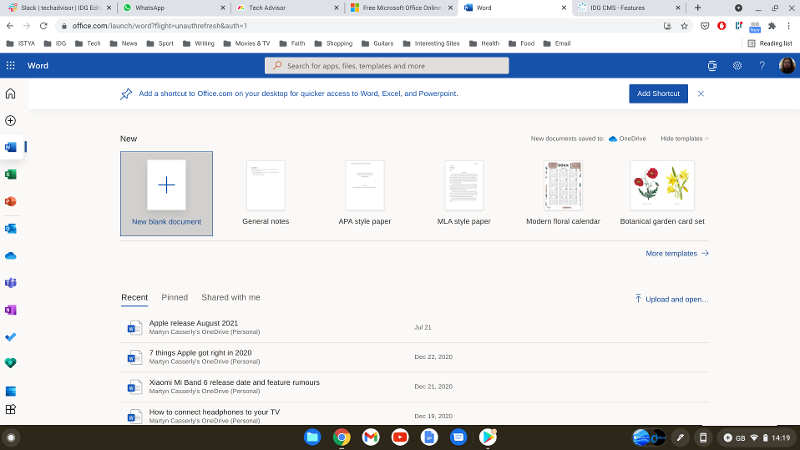 Again, you’ll have a reduced set of tools available, but it should be enough to put together a basic rendition of your document.

How to use Crossover to run full Windows apps

If you absolutely need to use the full versions of Office on your Chromebook, then there is a way to do it. Crossover is an emulation package that allows Windows software to run on macOS, Linux and ChromeOS. It’s a relative of WINE that’s been used for years to get Windows apps up and running on Linux.

Be aware though, that it’s not free. For one year of support and upgrades, you’ll pay £48 ($65), but if you want the lifetime version you’re looking at £400 ($540). Obviously the former is good if you are working on a specific project for several months, but you’d almost be better off buying a budget Windows PC to run Office rather than paying almost half a grand for ongoing emulation software.

Alternatives to Microsoft Office on a Chromebook

While Microsoft Office may well be the industry standard, Google’s own office suite is almost as good as it offers plenty of features as well as compatibility with Word, Excel and PowerPoint documents, so you can save your Google documents in Microsoft Office formats. The best part is that it’s completely free and is optimised to work with Chromebooks.

If your needs are relatively basic, you’ll get along fine with Google’s suite, but when you try to use advanced functions, you’ll notice differences and restrictions.

To see what features and capabilities are available, read Google Docs tips everyone should know.

If you’re considering upgrading your Chromebook or thinking of switching from a Windows laptop, be sure to also read our guide to the best Chromebooks so you know which one to buy.