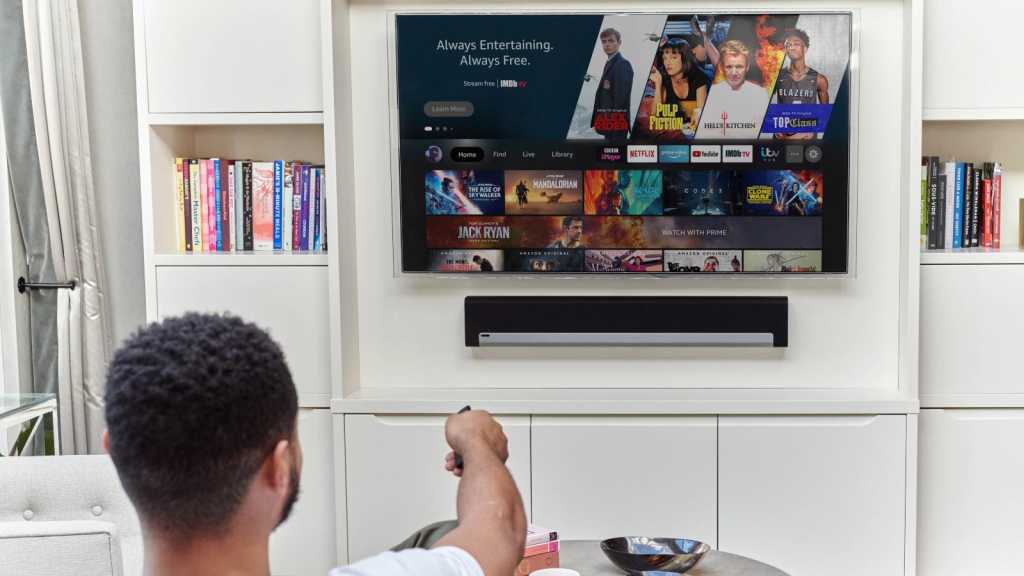 Whether you subscribe to Prime or not, anyone with an Amazon account in the UK now has access to IMDb TV – a free streaming service from Amazon that requires no subscription whatsoever.

Amazon owns IMDb, a fact that’s not particularly widely known, and has already made the streaming service available in North America. It includes thousands of TV shows and films, with genres ranging from documentaries, comedies, family films and shows, cult classics, thrillers, sci-fi and more. You can see the full library of content over on the Amazon IMDb TV page.

The streaming service can be watched on a number of devices via the Prime Video app/webpage. This shows up as ‘IMDb TV – Popular Movies and TV – free with ads’ on the carousel. In addition, the streaming service will get its own dedicated app on Fire TV devices within the coming weeks.

The reason IMDb TV free is because it is ad-supported, just like All 4 and ITV Hub. But in return you get access to some popular and classic films and series including Pulp Fiction, Anger Management, The English Patient, Person of Interest, Community, 2 Broke Girls and more.

More content will be licensed over time, making the library even bigger. If you’re looking for something a bit different, then IMDb TV also includes its own IMDb TV Originals, selected from Amazon. Those available on the UK version of the streaming service are:

For more of an idea of what to expect, check out the official IMDb TV trailer below:

This library is specific to the UK – but you could also access the US version with the help of a VPN. In addition, The Hollywood Reporter states that IMDb TV is also eyeing up a further global rollout in the future.

This streaming service is a rival to The Roku Channel and Plex TV, which both include thousands of hours’ worth of TV and film.

Creating an Amazon account is completely free, but you can also sign up for Prime for £7.99 per month (with a month free trial) if you want access to Amazon Prime Video, next-day delivery and exclusive flash sales as well as other perks. You can also see how Prime Video compares to other platforms in our roundup of the best TV streaming services.