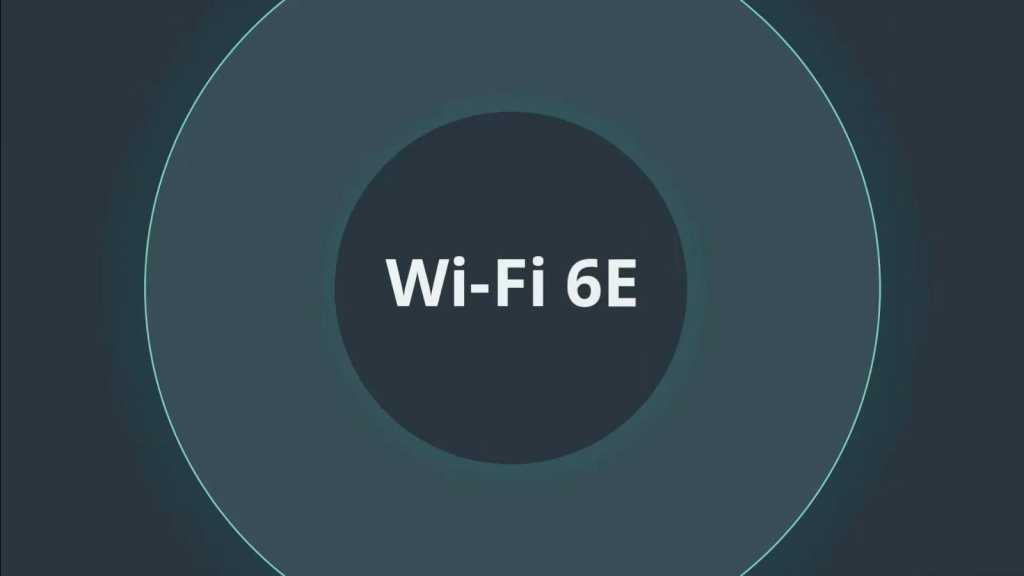 It might seem that Wi-Fi 6 has only just arrived, but now that there’s a new standard called Wi-Fi 6E, is it already obsolete? Should I get a Wi-Fi 6E router instead of Wi-Fi 6? We answer your questions and explain what you need to know.

Wi-Fi 6 (or 802.11ax) emerged in the public realm around the start of 2019 and brought with it improved speeds and more stable connections when you have multiple Wi-Fi 6 devices all demanding a connection at the same time. You can read our explainer – What is Wi-Fi 6? – for more details.

Most people still don’t have a Wi-Fi 6 router in their home, yet Wi-Fi 6E promises a lot more and could spell trouble for companies trying to sell Wi-Fi 6 devices if the standard is seen as obsolete.

The most confusing thing about it all is that is that Wi-Fi 6E is also known as 802.11ax. And the reason is because it’s essentially an extension of Wi-Fi 6.

So what’s the difference? Put simply, Wi-Fi 6E adds a completely new frequency – 6GHz – which means better performance for high-bandwidth activities such as streaming and video-calls. Or, more specifically, performance is better when several people in your home are all trying to do those things at the same time.

Until now, Wi-Fi has only been able to use the 2.4GHz and 5GHz bands. Wi-Fi 6E devices have an extra radio which can communicate on the previously unavailable 6GHz band. And just like when the first 5GHz Wi-Fi devices were available, there won’t be congestion on the 6GHz band because no consumers are using it yet.

This is important, because technically 6GHz doesn’t offer a speed increase over 5GHz in terms of information being sent around a network. But, the additional space offered in the 6GHz space, paired with the fact that there will be so few users accessing it, means real-world performance will be faster than the now-congested 5GHz band.

With a whopping 1200MHz of new bandwidth – 6026MHz to 7126MHz – available in the US, this effectively quadruples the space open for Wi-Fi traffic. Although Europe will only get 500MHz of extra space (5945-6425 MHz) this still represents a massive expansion, and remember that these are non-overlapping channels.

To put that in context, 2.4GHz only has 100MHz in which to fit 14 20MHz channels. This means they overlap, which means interference. With 5GHz there are 24 non-overlapping 20MHz channels but they do overlap when channel bonding is used to create 40, 80 or 160MHz channels.

Wi-Fi 6E devices will have 14 additional 80MHz channels or seven 160MHz channels to use, delivering real-world speeds of around 1Gbps  with lower latencies than devices using 5GHz.

The simple fact is that the first people using Wi-Fi 6E will instantly become the fastest Wi-Fi users around and, although it will eventually become congested like 2.4GHz and 5GHz, that’s years away.

Can existing devices use Wi-Fi 6E?

No. Older devices that don’t have Wi-Fi 6E won’t be able to use the 6GHz frequency at all, keeping it free for newer and faster devices which should mean that traffic remains rapid.

The Wi-Fi Alliance has produced a helpful video outlining Wi-Fi 6E. It’s a bit light on technical details, but gives you a broad idea of what you can expect with a Wi-Fi 6E network:

Will Wi-Fi 6E work over greater distances than Wi-Fi 6?

No. With radio waves, the higher the frequency, the lower the range. In the router you most likely already have at home, there will be two bands: 2.4GHz and 5GHz.

Performance-wise, the 2.4GHz channel will have a longer range, meaning you can access it from further away in your house, while the 5GHz channel will be faster. This is essentially the trade-off. The same remains true for Wi-Fi 6E, as the 6GHz channel will work only over short distances, and usually within the same room as the router.

From what we’ve heard so far, due to limitations imposed on manufacturers by regulators, Wi-Fi 6E routers cannot be run at full power. This means you can a 6GHz signal to have a range of around 60-70% of a 5GHz signal. So, if your main concern is being able to get a signal in the dead spots you currently have in your house, upgrading to Wi-Fi 6E isn’t be the solution.

Of course, these limitations can be overcome by using a mesh network. These clever setups have a main router, accompanied by satellite devices around the house that boost the signal, meshing it into one continuous network. You can read our best mesh Wi-Fi guide for the current options, with 6E models sure to appear in the near future.

Be warned though, that mesh kits with Wi-Fi 6E will be very expensive to begin with. So, we’d recommend either sticking with affordable Wi-Fi 5 systems, or choosing a Wi-Fi 6 mesh kit if you don’t already have a mesh system, then in a few years you can upgrade once Wi-Fi 6E prices have become more reasonable.

In order to get the benefits of the 6GHz band not only will you be required to change your router to one that supports Wi-Fi 6E, you’ll also need a device that has Wi-Fi 6E.

Most phones, tablets and other such devices on sale now or in recent years are only capable of connecting to 2.4GHz and 5GHz channels, so it could prove a costly upgrade if you want to move to Wi-Fi 6E. It’s different with PCs and laptops as you’ll be able to upgrade by adding a USB 3 dongle, or an M.2 card, for much less money.

USB dongles aren’t yet available but Intel’s AX210 M.2 card can be swapped for your laptop’s existing Wi-Fi 4 or 5 card.

Qualcomm’s flagship Snapdragon 888 5G chip already supports Wi-Fi 6E, which means the Samsung Galaxy S21 range, OnePlus 9, Xiaomi M11, and any other fitted with the chip can connect to a 6GHz-capable router.

Apple fans will be disappointed though, as iPhone 13 range was rumoured to get Wi-Fi 6E but didn’t. Presumably Apple will make the leap when the iPhone 14 arrives.

The first Wi-Fi 6E routers are starting to appear on the market, in the forms of the Netgear Nighthawk RAXE500 and Asus Rapture GT-AXE 11000.

If you’re thinking of upgraded your devices to take advantage of Wi-Fi 6E, be sure to check out our guides to the best smartphones, best laptops and best routers to see which ones work with the new standard.

As with any new technology, the price of being an early adopter is very high. Remember that it won’t increase the coverage of your Wi-Fi network, but you will experience faster real-world speeds due to the empty road that is the 6GHz band.

Some Wi-Fi 6E routers and mesh systems will have improved antennae design which means all devices will benefit from faster speeds even if they only support 2.4 and 5GHz. But for many, the high price means it isn’t worth it – yet.

Remember, too, that having faster Wi-Fi won’t make your broadband faster. And all most people really need is to have the full speed of their broadband available in every corner of their home.

If your broadband is 100Mbps or less, even Wi-Fi 5 mesh systems can deliver that. Ultimately Wi-Fi 6E is built for the future when broadband speeds are much faster. So if you are one of the lucky ones with super-fast broadband, be prepared to pay a handsome sum to get Wi-Fi 6E.