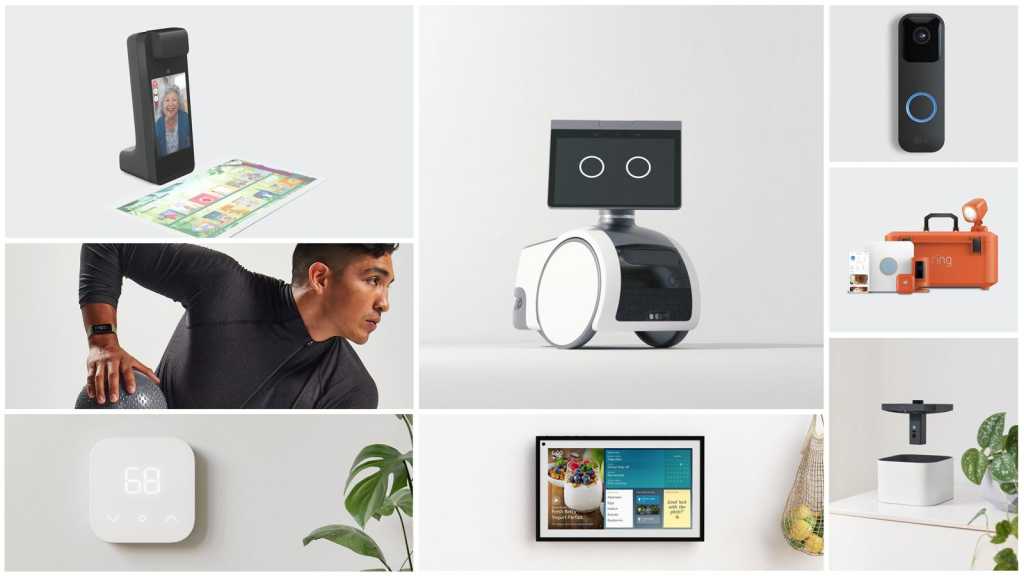 At Amazon’s hardware event on 28 September, it announced a wide selection of new products, among which is a home robot that’s going on sale before the end of the year.

It also launched its largest-ever Echo Show, an updated Halo fitness tracker, a new gadget aimed at kids called Glow and a Blink-branded, battery-powered doorbell for £49.99 / US$49.99.

Looking for a new Kindle? Strangely, new models were quietly announced a week before the big hardware event. Find out all about the new Paperwhite and Signature Editions here. 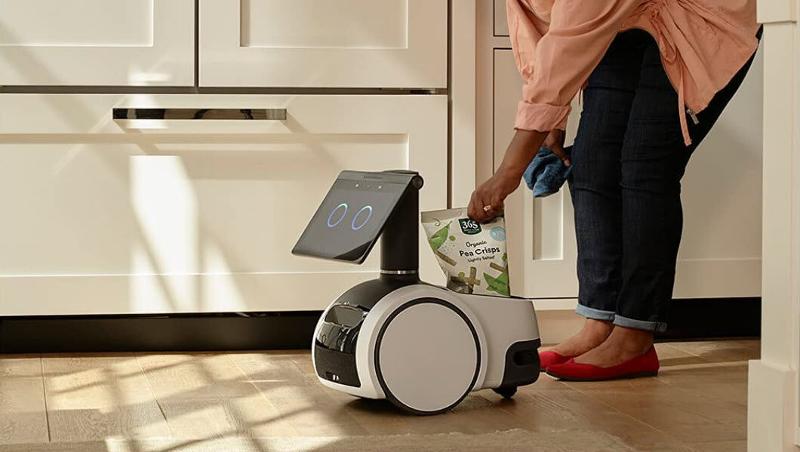 The surprise announcement of the event was undoubtedly Astro. It’s been in development for a few years and is apparently the next big thing in home technology.

Quite who would buy it is unclear at this point: the example given was for an adult to purchase it for an elderly parent to keep an eye on them, as well as to communicate with them. But equally, you could consider it a non-flying Always Home Cam (announced last year and now on sale) to keep an eye on your own home.

Amazon said it didn’t just want to build “Alexa on wheels” but a totally new device which could see, infer, hear and understand.

It has a moving screen, a telescopic camera and enough on-board processing to be able to map your home, figure out where it is and avoid obstacles, even if that’s a shoe that’s been kicked off a child’s foot right in front of it.

Although Alexa is built in, the robot is called Astro and has its own personality, with animated eyes on the screen.

It’s unable to tackle stairs, which could pose the biggest problem for its mobility around your home, and it won’t fetch you a beer from the fridge, but the company was clear that this is its first robot,  not its last.

Those in the US can apply for an invite to buy one at an “introductory price” of $999.99. It should ship later this year.

Find out more about Amazon Astro.

You can also see it in action and the other products in this handy recap video: 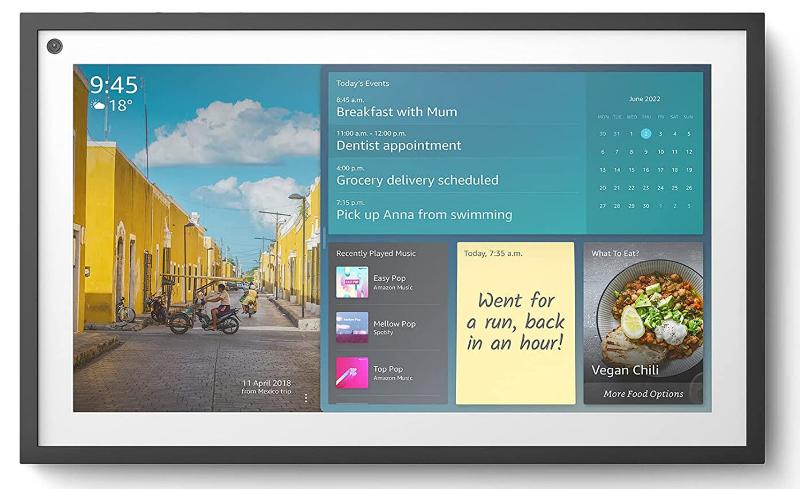 Rumours did suggest Amazon might launch an even larger Echo Show, and they proved correct.

Amazon says it’s ideal as a kitchen TV replacement, which we’d agree with, and it certainly looks more stylish than previous Echo Shows.

Aside from video, the extra screen real-estate is put to good use with a new sticky notes feature and a household calendar among other things.

The new AZ2 processor means it can process speech without having to send recordings to the cloud, which is better for responsiveness as well as privacy. It can also recognise who is talking thanks to the camera and ‘Visual ID’, so can personalise and tailor results (as well as the calendar) to that person.

Another handy feature is custom alerts. You could train Alexa to send you an alert on your phone if she hears your fridge alarm going off, so you can shut it and save the food inside.

It’s the same price as the Echo Show 10, and will go on sale later this year. 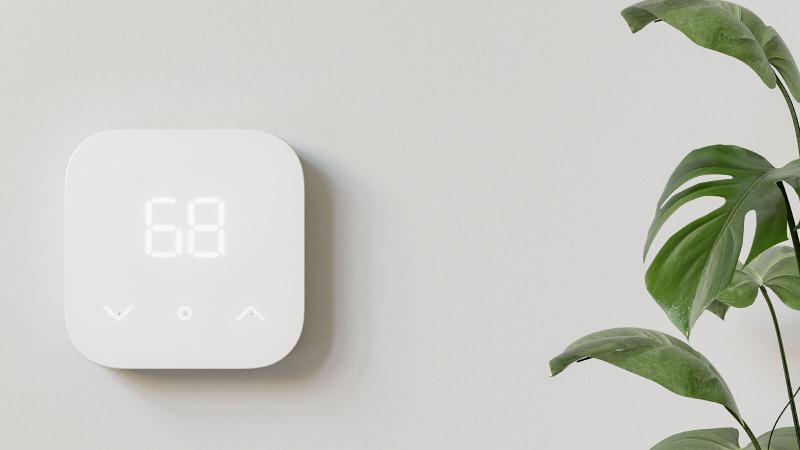 Amazon is late to the party, but it has finally developed its own-brand smart thermostat in partnership with Honeywell.

It looks relatively basic – no surprise at this low price – but should be smart thanks to Alexa integration. Not much detail has been revealed about exactly how Alexa makes it a better choice, but you can of course control it with your voice as well as via Alexa Routines.

Amazon says it can program your heating automatically using Alexa intelligence, which means she knows when no-one is home and can turn down the heating to save money – and the environment. 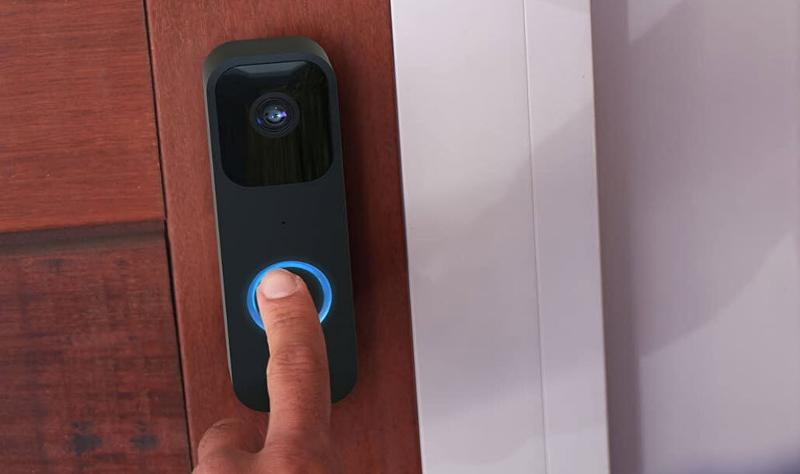 Blink is another security camera brand owned by Amazon but, until now, didn’t have a video doorbell in its range.

At this price, it’s going head to head with the Ring Video Doorbell Wired, but has the advantage of a built-in battery for completely wire-free use.

It also has an HD resolution, two-way talk and will alert you – obviously – on your phone when someone rings the doorbell.

It comes in black and white, but there’s no confirmed release date.

Alongside the doorbell is the Blink Floodlight Camera – a battery-powered LED device that works alongside a Blink Outdoor camera and offers 700 lumens of light when motion is detected. Plus, there’s a solar panel – the Blink Solar Panel Mount which will keep the Blink Outdoor’s battery topped up.

Find out more about the Blink Video Doorbell. 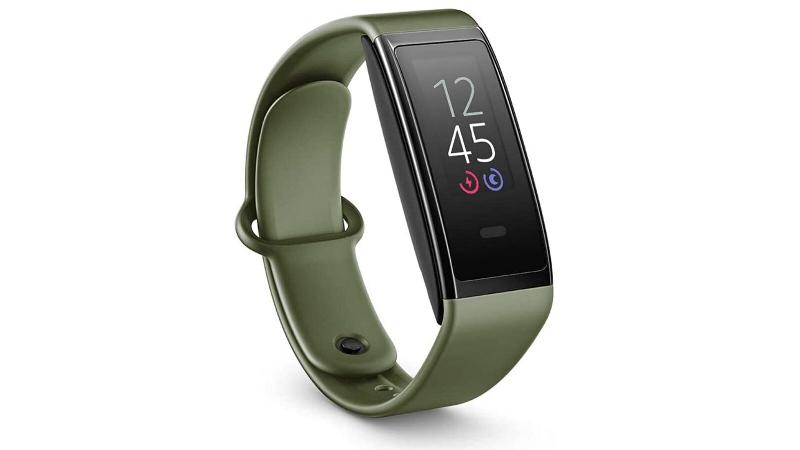 Effectively the Halo 2, the View is the follow up to Amazon’s original fitness band. The Halo was screenless, but the View fixes that and brings it in line with many of the fitness trackers available from the likes of Fitbit, Samsung and others.

At $80, it’s not going to challenge the budget offerings from Honor and Xiaomi, but it does include a year’s subscription to the Halo service – which is required to use the band).

It will last around a week and takes an hour and a half to charge. It’ll track your workouts, including swimming, and can measure your heart rate and SpO2, as well as tracking your sleep.

Amazon says it will go on sale in time for the holidays. 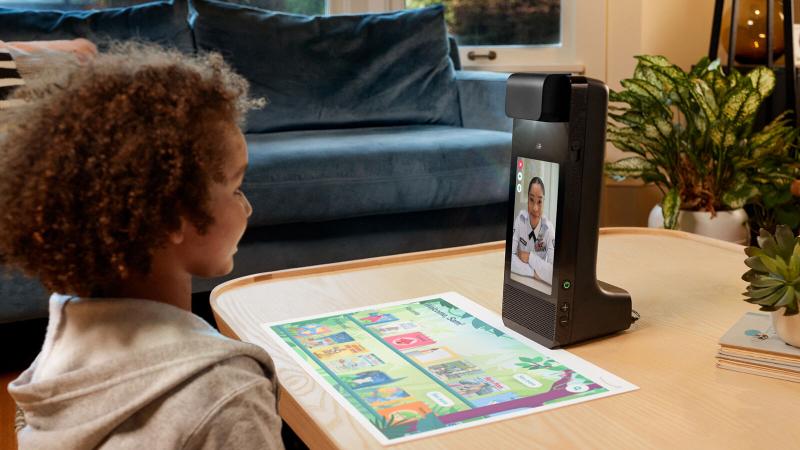 The Glow challenges the Astro as the strangest device to be announced by Amazon in 2021.

It’s a $249 device that provides “an entirely new way for kids and families to connect with loved ones near and far”.

As well as an 8in screen so kids can see their remote family and friends, there’s a projector for interactive play, and those on the other end of the call can see what the kids are up to using the Amazon Glow app.

It comes with Tangram Bits – physical pieces which can be used alongside digital ones (moved by the remote person), so kids can solve challenges.

The price also includes a year’s subscription to Amazon Kids+ and it comes with a 2-year guarantee just like Fire tablets which cover accidental damage.

The device and app are only available in the US and if you want one, you’ll have to apply for an invite to buy one as – like the Astro and Always Home Cam – it’s part of the Day 1 Editions program.

Amazon also announced a few other devices including a Disney voice assistant that works with Alexa, the Ring Alarm Pro which has a built-in Eero 6 router which can also be professionally monitored, and the Ring Virtual Security Guard which allows third party monitoring service providers to monitor your Ring cameras.