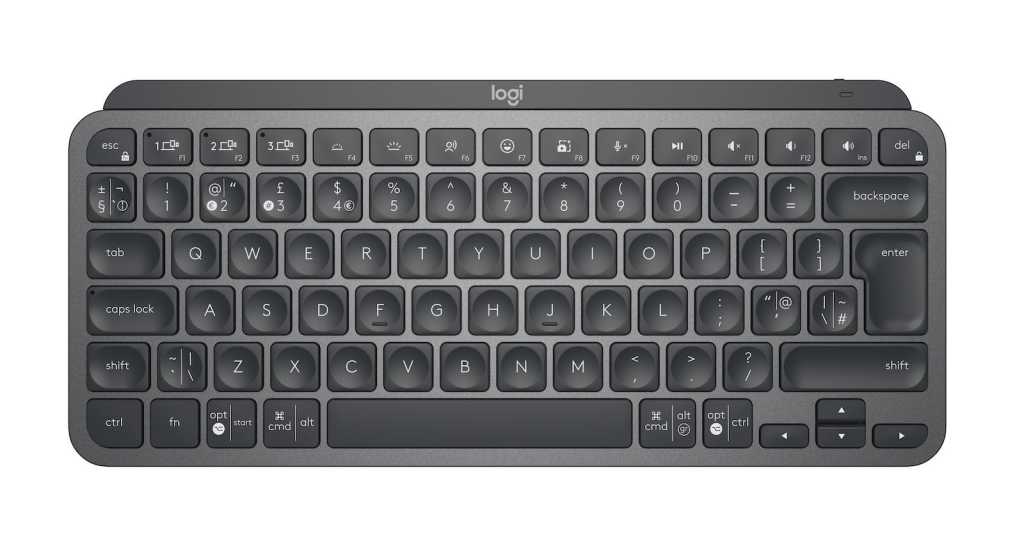 Logitech’s MX Keys is among the best keyboards available for PC and Mac users, so it should come as no surprise that Logitech is looking to maximise on the popularity with the MX Keys Mini, offering the full MX Keys experience in a smaller form factor, designed for those working in compact spaces and those on-the-go.

The small-size keyboard, available in graphite, rose or pale grey, doesn’t compromise on layout or key sizing, instead dropping the numpad from its bigger sibling to provide a dinky form factor. And it really is dinky, measuring in at just 131.95 x 295.99 x 20.97mm. For those with messy desks (this writer included) it could be the ideal wireless keyboard.

The small form factor isn’t just good for squeezing into small spaces or a rucksack to take with you on your travels either; it’s also more ergonomic with better posture and less movement than the full-size variant, making for a comfortable typing experience.

Other staples of the MX Keys experience are present and accounted for in the Mini including multi-device pairing with Flow cross-platform connectivity, backlit keys with intelligent lighting, domed keycaps and Logitech’s Perfect Stroke keys, the secret sauce that makes the typing experience such a satisfying one.

That’s not to say there isn’t anything new with the MX Mini though; there are three new buttons available on the keyboard. 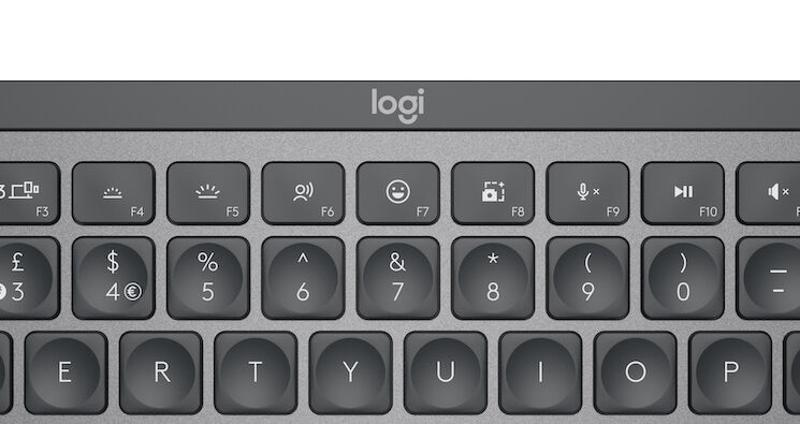 You’ll find an Emoji button, bringing up an emoji selection tool on both Windows and Mac, along with a dedicated mic mute button (which works on a system level) and a dictation button, making text-to-speech easier. The latter relies on built-in text-to-speech systems, and uses your computer’s built-in mic (if available) rather than offering one within the keyboard itself.

Another change is the switch from a combination of Wi-Fi (via dongle) and Bluetooth connectivity, with the MX Keys Mini offering only Bluetooth support – and it’s a theme we can expect from MX products going forward. Logitech believes that Bluetooth is the way forward following dramatic improvements over the past few years, offering compatibility with all operating systems and freeing up valuable USB ports too.

That said, the MX Keys Mini can operate as a wired keyboard once the battery runs low by using the supplied USB cable.

In terms of battery life, Logitech suggests you’ll be able to squeeze 10 days of battery life with full lighting effects enabled, or around 5 months if you disable the backlit keys, and it’ll take around three hours to go from flat to full.

We’ve been using the MX Keys Mini for the past week and we’re impressed by the experience on offer from the small-scale keyboard. To see what we think of the MX Keys Mini and how it stacks up to the competition, take a look at our roundup of the best keyboards.

The Logitech MX Keys Mini is available to buy right now for £99.99/US$109 from Logitech alongside retailers including Currys PC World and Amazon in the UK and Best Buy in the US.