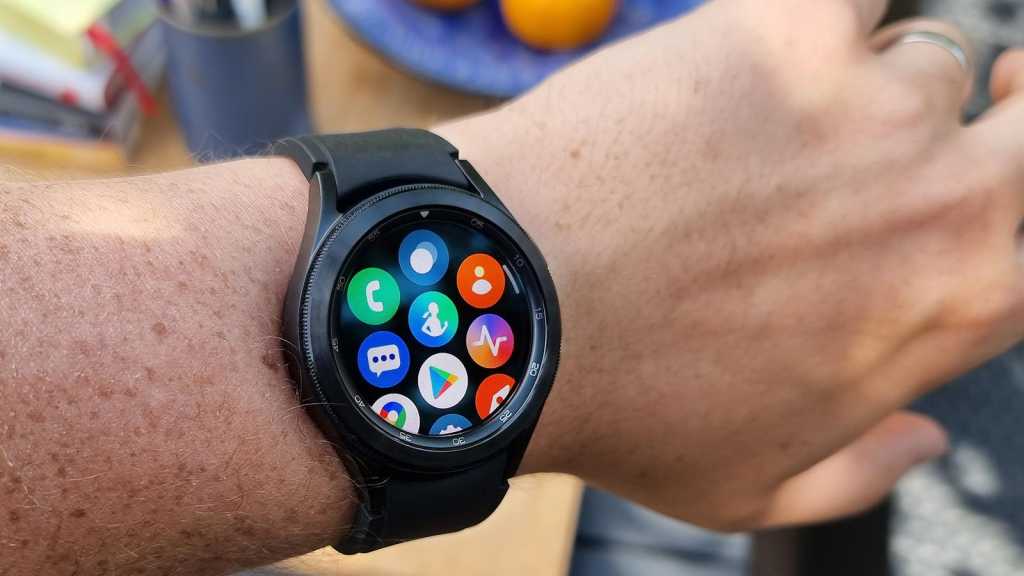 In the smartwatch space, Apple and Samsung have long battled over pole position, with their signature wearables running on watchOS and Tizen respectively, while Google’s Wear OS has usually languished in third place. In 2021, however, Samsung teamed up with Google to rework the latter’s long-standing but often maligned wearable operating system, in the process embracing it as its own.

With such a significant change in the potential future of the wearable landscape, this feature unpicks everything that the newest iteration of Google’s Wear OS brings to the table and which devices it might influence.

Google introduced its own-brand wearable operating system – Android Wear – back in 2014, with hardware from the likes of LG and Motorola serving as the debut smartwatches for the release.

In 2018, Google rebranded Android Wear to Wear OS, releasing version 2.0 a few months after the name change, bringing about a tweaked user interface and new functionality.

Fast-forward to Google I/O 2021 and the company announced that it had struck up a new partnership with Samsung, with the intent of implementing the next major evolution of the Wear OS platform, using insight from the South Korean tech giant’s experience and success in the space to do so.

As part of this announcement, Samsung also confirmed that its next smartwatches (then unannounced but later revealed to be the Samsung Galaxy Watch 4 and Watch 4 Classic) would be the first timepieces to showcase this newly-revitalised wearable operating system (replacing Samsung’s long-standing Tizen OS, as a result).

A year later, at Google I/O 2022, Google formally teased its own Pixel Watch, which arrived alongside the Pixel 7 smartphone series in early October. While the Galaxy Watch 4 line gave us Samsung’s specific take on Wear OS 3, the Pixel Watch defines what the vanilla experience looks and feels like.

When does Wear OS 3 launch?

Wear OS 3 is already out – after all, it’s available on the Galaxy Watch 4 series, which launched in August 2021, along with the follow-up Galaxy Watch 5 line. The second hardware launch was the ultra-premium Montblanc Summit 3, which is available to buy now.

The biggest release was arguably the Pixel Watch, which arrived in October 2022, but just as important is the announcement of the Fossil Gen 6 Wellness Edition – the first Fossil watch to run the software. Fossil is the biggest Wear OS manufacturer around, providing the hardware for fashion brands including Skagen and Michael Kors, so it adopting the new software is a major step forward.

If you like the sound of the functionality on offer, you’ll likely want to know which smartwatches actually support the revamped wearable platform.

Despite initial claims from Qualcomm that Wear OS 3 could potentially run on any Snapdragon Wear 3100 (or newer)-powered smartwatch, Google states that the platform won’t work on a watch sporting anything older than a Snapdragon Wear 4100.

Here’s the current list of watches confirmed to support Wear OS 3 and when to expect the update.

It’s also worth noting that – according to Google – existing smartwatches on the upgrade path to Wear OS 3 may fall prey to unspecified “impacts” in “some limited cases.”

Presumably, as a result of the performance demands of Wear OS 3 against existing chips, current users might find that they’re better sticking with whatever version of Wear OS 2 they’re currently enjoying, which is receiving support and new functionality to more closely match Wear OS 3.

At present, the move to Wear OS 3 also reportedly requires users to perform a factory reset in order to install.

What features does Wear OS 3 offer?

While hardware manufacturers can tweak the sorts of functionality their Wear OS watches bring to the table, Wear OS itself comes with a fundamental feature set that can be expanded upon – depending on factors like price point or target audience.

Wear OS 3 brings about another UI redesign, intended to make interaction easier and faster, with the ability to jump between recent apps with a double-press of a watch’s side button.

There are other gestures and shortcuts throughout, plus Tiles – mini widgets to let you customise your home screen in more ways. There’ll also be quick access to smart home controls through Google Home.

At its I/O 2021 developer conference, Google also promised that Wear OS 3 would offer up to a 30% reduction in app load times compared to the then-current iteration of Wear OS, along with refinements that improve power efficiency too.

Those power efficiency improvements mean better battery, but Google is working on this problem from more than one direction.

While optimisations on the device itself matter, a huge proportion of battery consumption comes from the network side – especially for watches, with their tiny batteries. With that in mind, Google is working with Vodafone – and likely other carriers – to optimise how Wear OS 3 devices interact with LTE networks to improve battery longevity.

Vodafone has developed an API to allow watches – and phones too – to signal to the network that they have low battery or are in power saving mode, so that the network in turn communicates with them less in order to save power.

Vodafone’s director of network architecture Yago Tenorio told Tech Advisor that the new API will “extend the life of the device very significantly,” and that the tech should appear “in the smartwatch of anybody using that operating system in the next few months.”

“A world-class fitness service from Fitbit” – which Google completed its purchase of at the start of 2021 – is also part of the equation, with activity tracking, goal celebrations and motivation reminders all coming to the platform.

Fitbit will likely also power the health-tracking features on some Wear OS 3 watches, such as SpO2 or sleep tracking.

Tiles (essentially widgets to the right of your main watch face) are an existing Wear OS element that have only recently been opened up to third parties. An updated Tiles API makes it easier for developers to leverage the feature too, so expect a far wider array than anything you’ve seen on Wear OS before, as version 3 matures.

New functionality from existing third-party experiences, like offline playback on Spotify, is also something we’ll likely continue to see more of as Google works to strengthen the platform.

iOS compatibility isn’t exactly a new feature – previous versions of Wear OS offered it after all – but for a while it looked like Wear OS 3 might be Android-only. That’s because the Galaxy Watch 4 and 5 series won’t work with iPhones, and the Pixel Watch is the same.

However, the Montblanc Summit 3 promises support for iPhones, which means other Wear OS 3 devices will presumably be able to offer the same. Still, it sounds like Android is the best platform for an optimal Wear OS experience.

“Our priority for Wear OS 3 is to focus on quality experiences within the Android ecosystem,” Google spokesperson Ivy Chen Hunt told The Verge. “The Montblanc Summit 3 will run Wear OS 3 and be compatible with iPhones. However, support for apps and experiences will vary by phone platform.”