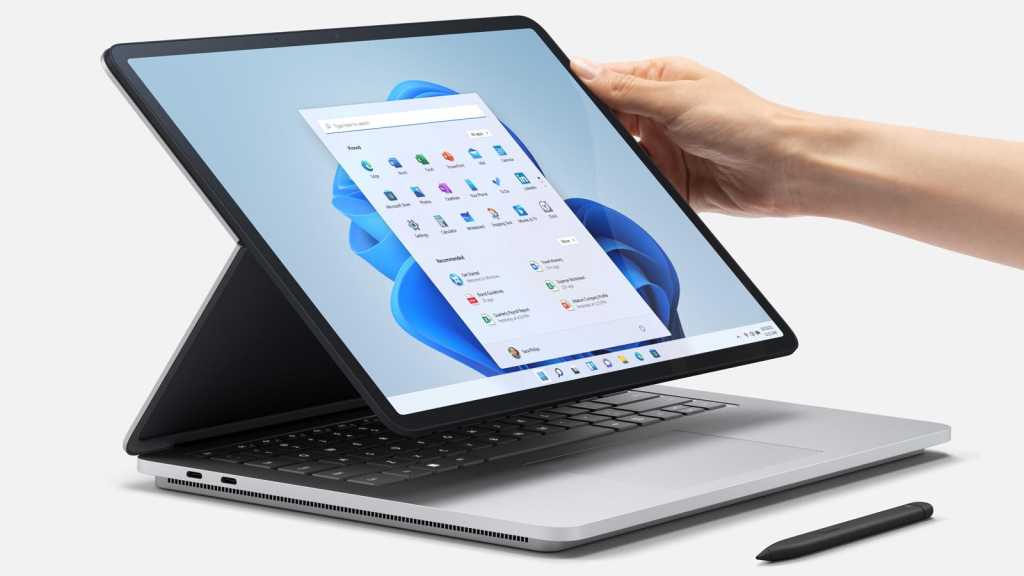 Though images were leaked ahead of its official launch, the Surface Laptop Studio name was not. Most people thought the images showed the Surface Book 4, but the Studio is – in Microsoft’s words “a fresh take on our powerhouse laptop”.

It doesn’t have a detachable screen, so can’t be used as a tablet. Instead, just like the all-in-one desktop version (the Surface Studio), the Surface Laptop Studio is for creative pros, designers, artists and what Microsoft calls ‘weekend gamers’.

It has a 14.4in screen and, thanks to the Dynamic Woven Hinge, it can be tilted back just like any laptop as well as pulled forward over the keyboard for ‘Stage mode’. This is useful for presentations, watching videos, even gaming (using an Xbox controller, for example).

The final mode is Studio mode. The screen lies almost flat on top of the keyboard and is what you’d use for sketching, writing and “other creative pursuits”.

When was the Surface Laptop Studio released?

After being announced on 22 September 2021, the Surface Laptop promptly went on sale in the US from 5 October – you can buy it now.

However, we’ve had to wait a lot longer elsewhere. Microsoft simply mentioned ‘early 2022’ at the time, before eventually confirming a 22 February release date globally – that’s a full five months after it was announced.

It’s now on sale at the Microsoft Store in the UK and many other European countries, as well as via Amazon in India.

How much does the Surface Laptop Studio cost?

We only got confirmed US pricing at launch, but with pre-orders live, we now know how much you’ll have to pay in the UK. Wherever you’re based, it doesn’t come cheap. Here’s the full breakdown:

If you want one with the Nvidia RTX 3050 Ti GPU, you’ll need to go for the Core i7 model. Pricing elsewhere in the world is roughly in line with what you see here.

If you’re in any doubt about this being totally new, the 14.4in screen should help. No Microsoft Surface laptop has had a display this size before, and it sits right in the middle between the 13.5in and 15in Surface Book 3 models. However, Microsoft does refer to it as the Surface Laptop Studio 15″. 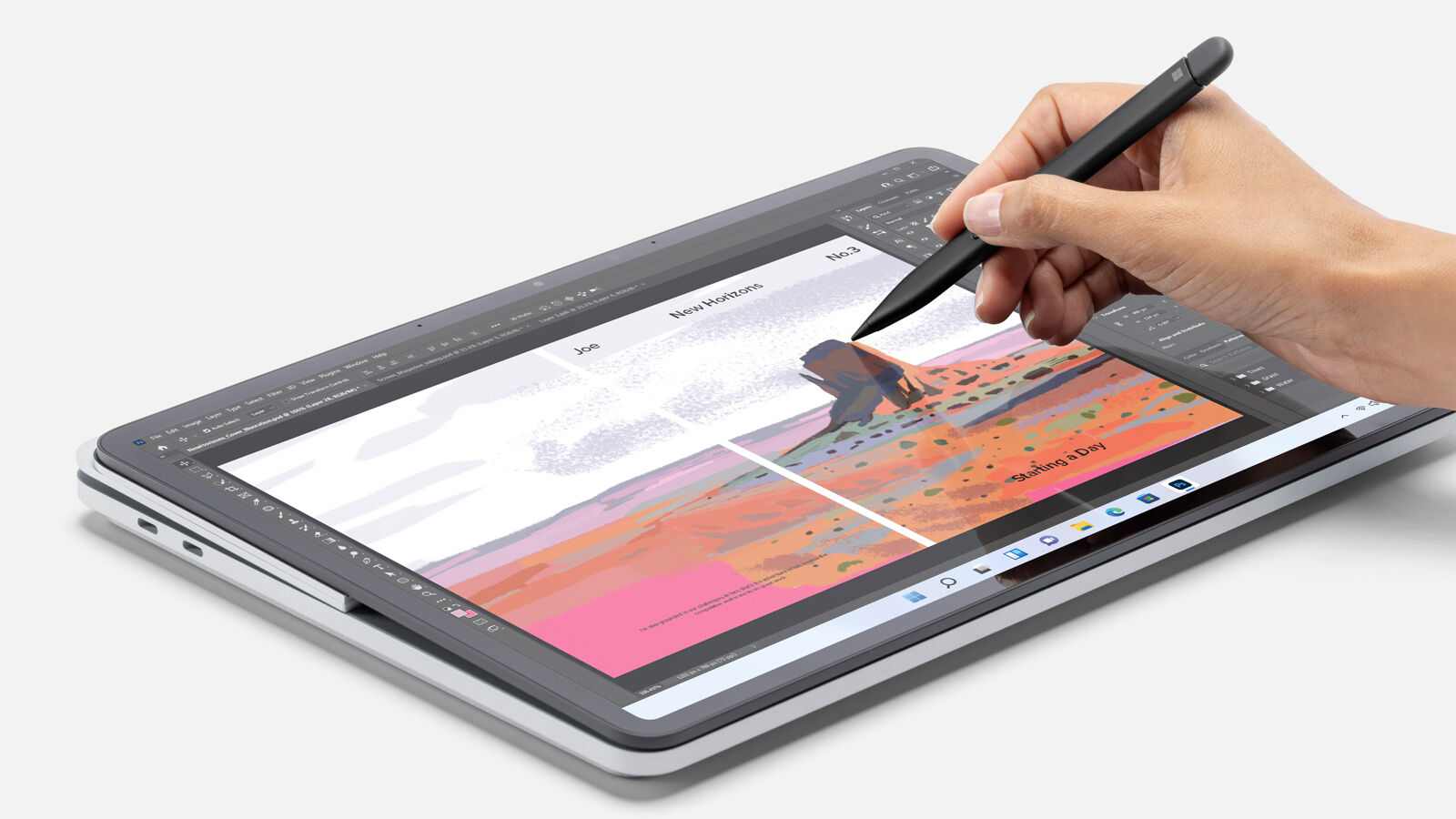 It has a 120Hz refresh rate, a resolution of 2400×1600 (that’s 3:2) and support for Dolby Vision. Oddly the contrast ratio is only 1500:1 according to Microsoft’s specs and no brightness figure has yet been given. The screen’s corners are rounded, which is another first for a Microsoft laptop.

As with other new Surface PCs, the Laptop Studio runs Windows 11 out of the box. Microsoft has designed its new OS to be better for touch and pen input, although it ditches Windows 10’s dedicated tablet mode.

The Surface Laptop Studio will also be the first device to get Windows 11’s Dynamic Refresh Rate (DRR) feature, almost a full year after it was first announced. This will allow it to automatically switch between 60Hz and 120Hz depending on what you’re doing, which should help with battery life.

No surprise at this price there’s the latest standards for connectivity: Wi-Fi 6, Bluetooth 5.1 and a pair of USB 4.0 ports with Thunderbolt 4 support. But you also get old tech: the 3.5mm headphone jack is welcome. On-board audio is supplied by four ‘Omnisonic’ speakers and support for Dolby Atmos. There are dual far-field mics and a 1080p front-facing camera (which supports Windows Hello) for video calls. 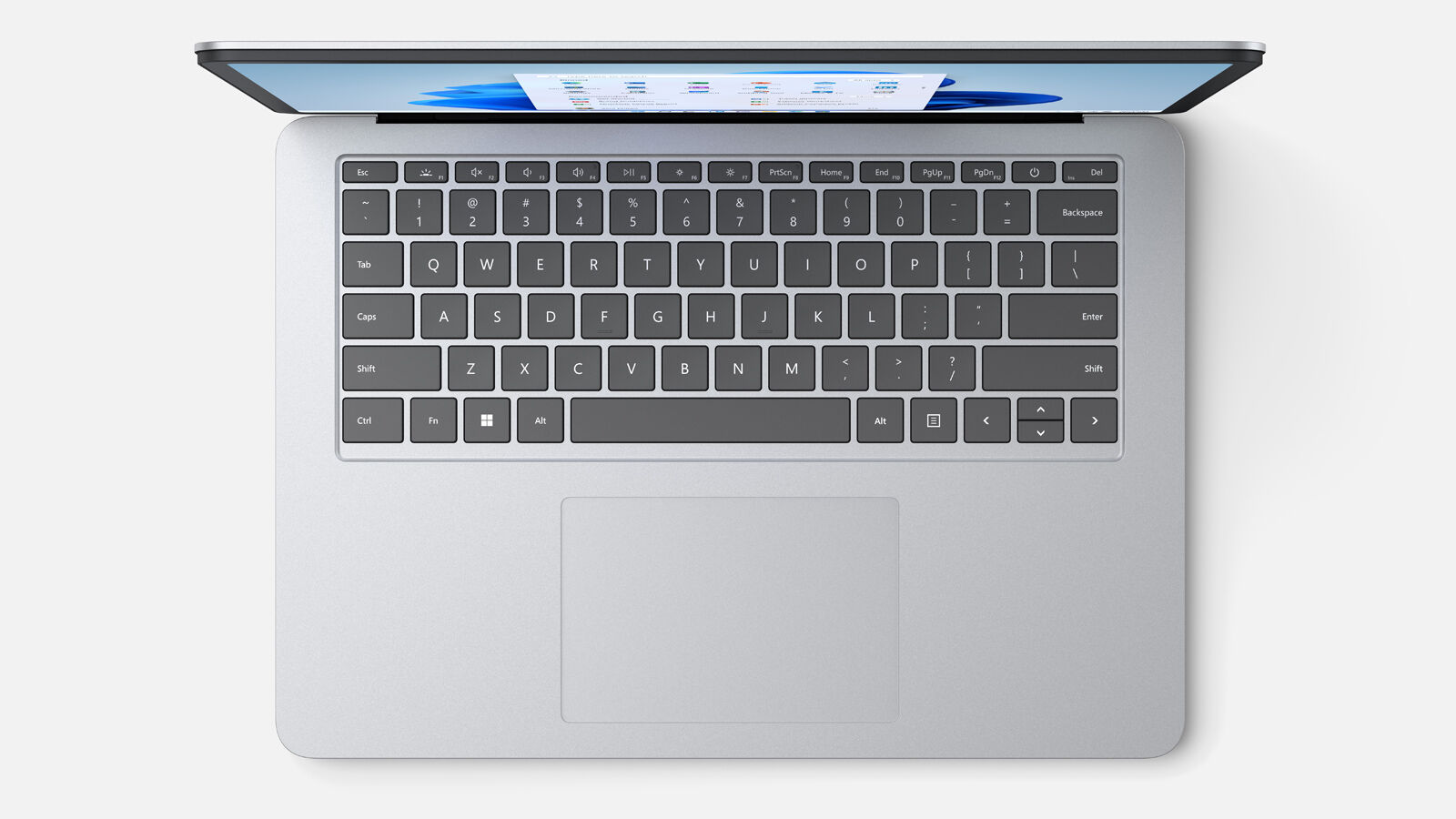 The keyboard is both full size, with a separate row of function keys, and it’s backlit. Microsoft says the touchpad is new and has haptic feedback. It’s not the first Windows laptop to have a haptic touchpad, but it’s still relatively unheard of. 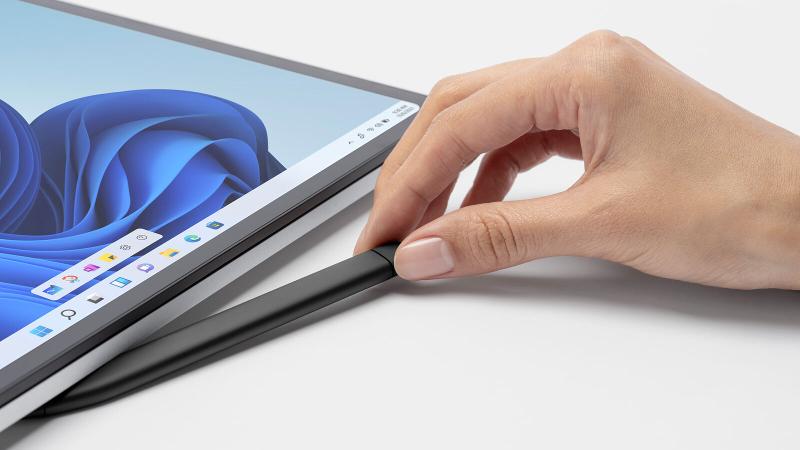 Another feature worth mentioning is that the Surface Slim Pen 2 can be ‘docked’ under the front edge of the Laptop Studio where it’s held by magnets and also recharges. The stylus itself, though, isn’t included: it’s a $129.99 optional extra.

Battery life claims are impressive: the Core i5 models can run for up to 19 hours of ‘typical device usage’, and it’s only one hour less for the Core i7. However, those are almost certainly based on a very low screen brightness and undemanding tasks, such as reading a document. Expect much shorter runtimes if you’re going to be using demanding software (including games) and using the screen at its brightest. 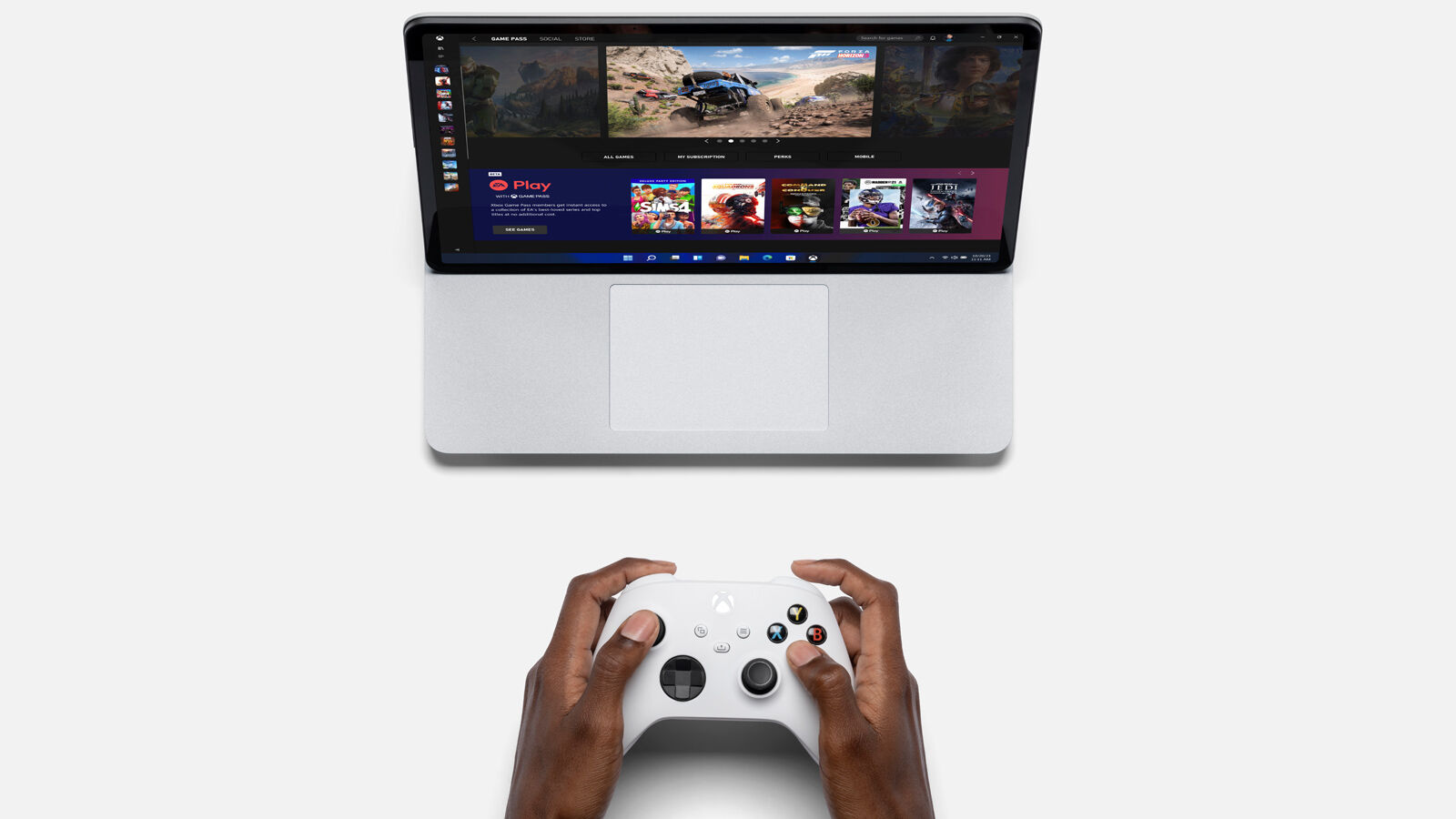 Microsoft announced other Surface devices at the September event, many of which we now have a full review of:

We also discussed the Surface Laptop Studio – alongside the rest of the Surface devices announced – in Episode 84 of Fast Charge. Take a look below: