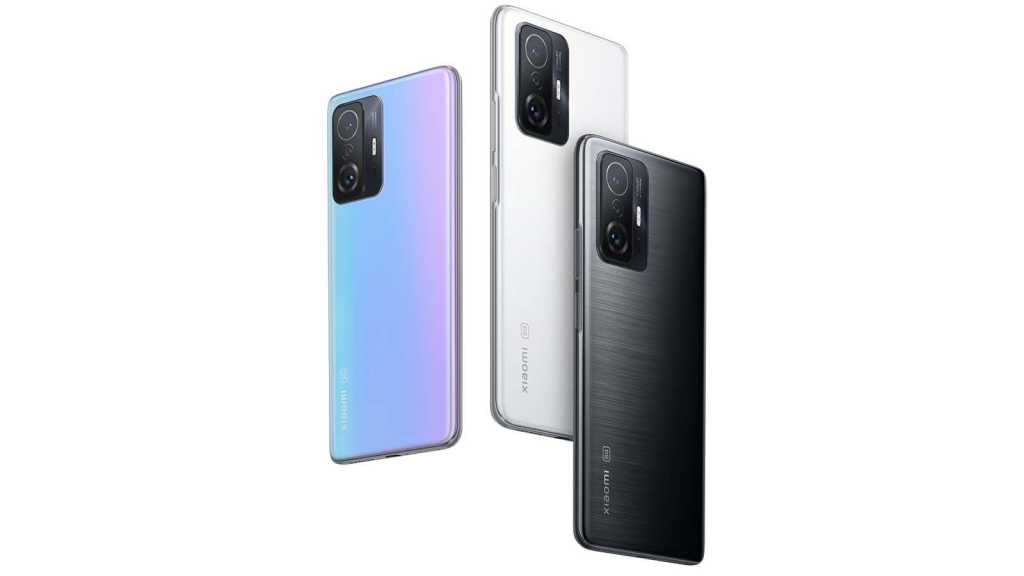 There are still a few months to wait until the next true Xiaomi flagship series, but in the meantime the 11T series is here – a half-step update from the Mi 11 series that tweaks the older phones slightly. Think remixes, rather than upgrades – especially since these phones actually undercut the Mi 11 on price.

There are two phones: the 11T and the 11T Pro. Note that there’s no Mi here – these are the first Xiaomi phones to release in the West since the company officially dropped the ‘Mi’ name from its hardware to simplify things.

When do the Xiaomi 11T phones go on sale?

Xiaomi officially unveiled the two phones together on 15 September, but the actual release timing is a little more complicated. It’ll also vary a little by market, but as a guideline here’s the release timing for the UK:

Both phones are rolling out across Asia and Europe, though as usual, they won’t make it to America.

The phones were revealed alongside the Xiaomi 11 Lite 5G NE phone, the Xiaomi Pad 5 tablet, an updated Mi Band 6 with NFC, a new smart projector, and a mesh Wi-Fi network.

We chatted about the 11T and the Pad 5 launch on an episode of our weekly show Fast Charge, so check that out too:

Remember that we’re still expecting the Xiaomi 12 to come either right at the end of this year or early next too – check out our ranking of the best Xiaomi phones for more from the company.

How much does the Xiaomi 11T cost?

What about pricing? Here’s how much each model goes for in the UK and Europe:

Note that both of these come in cheaper than the base Mi 11, which officially starts at £749/€749, though is often available for less than that now. Bear that in mind as we go into the specs.

Xiaomi also offered a £100 early bird discount on the 11T Pro with more deals available in our where to buy the 11T and 11T Pro in the UK feature.

What are the Xiaomi 11T specs and features?

Let’s break down each of the two new phones separately, starting with the base model.

The Xiaomi 11T actually features a few notable changes from the Mi 11, so don’t expect a carbon copy with a minor chipset change. 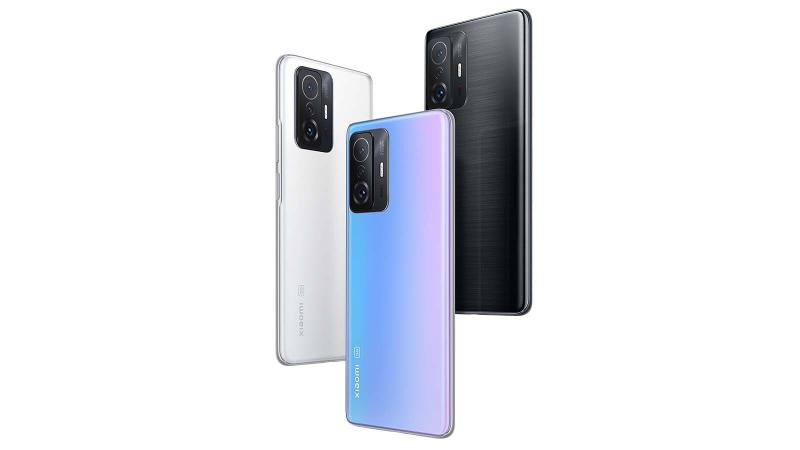 For starters, the design is different. It’s a little smaller, with a 6.67in display instead of 6.81in, though it’s actually thicker (at 8.8mm) and slightly heavier (203g).

It comes in a slightly different set of colours too: Moonlight White, Celestial Blue, and Meteorite Gray – which has a bit of a brushed metal look to it.

The design of the camera module has changed a lot, with its three lenses now arranged vertically. They’re different lenses too. You still get a 108Mp main shooter, but it has a larger aperture at f/1.75 – the trade-off is that there’s no OIS, only EIS (electronic versus optical image stabilisation).

The ultrawide has dropped to 8Mp from 13Mp, but there’s a welcome return of the 5Mp ‘telemacro’ camera – one of the few smartphone macro lenses around that we actually rate.

One of the notable downgrades from the Mi 11 is the chipset, which drops from the Snapdragon 888 to the MediaTek Dimensity 1200 – still a flagship chip, but one that is undeniably outperformed by its Qualcomm rival. RAM is now capped at 8GB, with no 12GB option. 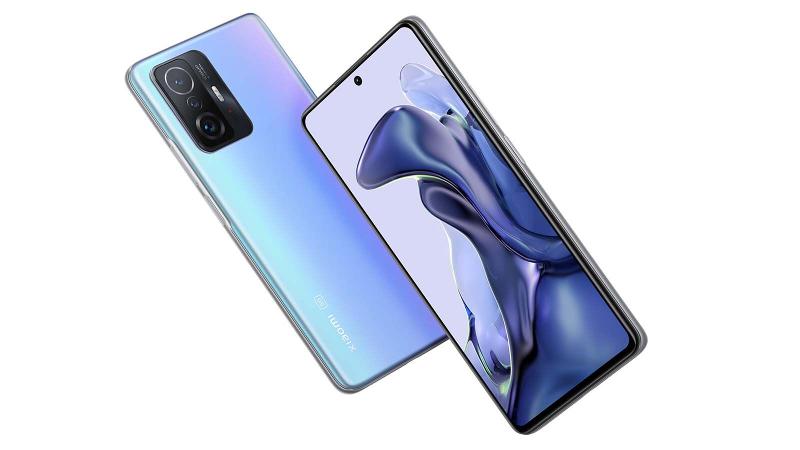 The display is still a 120Hz AMOLED, but drops to a flat panel from the Mi 11’s quad curves, and returns to FHD+ resolution. You might also spot that the selfie camera has moved from the corner into the centre of the panel. You do at least still get a Gorilla Glass Victus coating on the screen though.

Finally, the battery has jumped up to 5000mAh – probably why the phone is thicker and heavier. Wireless charging is sadly gone, but there is an upside: the wired charging has jumped from 55W to 67W, supposedly delivering a full top-up in 36 minutes.

The 11T Pro doesn’t change too much, and in fact, you’d be hard-pressed to tell the two phones apart from the outside: the design is unchanged, right down to the colour selection and size. The Pro is a mere gram heavier, but that’s about it. 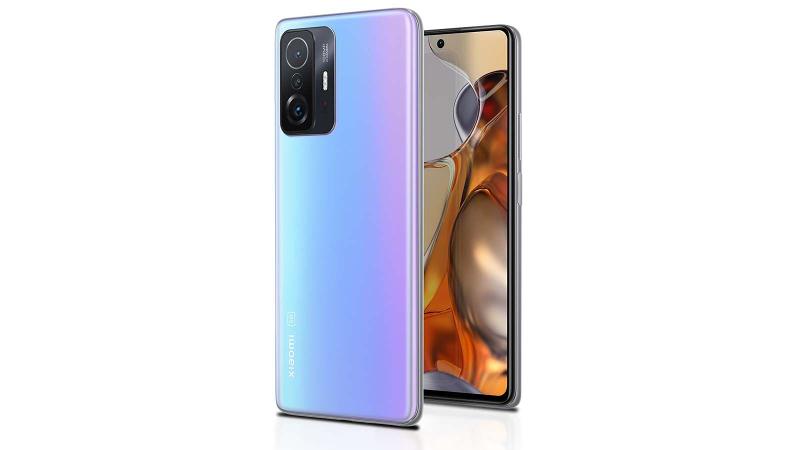 The differences are all inside. The chipset returns to the Snapdragon 888 found in the Mi 11 for starters, which will be welcome for those worried about performance – and there’s once again a 12GB RAM option, though this may not launch in the UK.

The other major change is to charging. Battery capacity is the same, and there’s still no wireless charging, but the wired speeds now go up to 120W – with a full charge only taking 17 minutes according to Xiaomi.

Beyond that the specs are essentially the same, so the Pro is only worth the upgrade if your priorities are performance and super-fast charging (and can bear to carry that whopping single extra gram of weight).