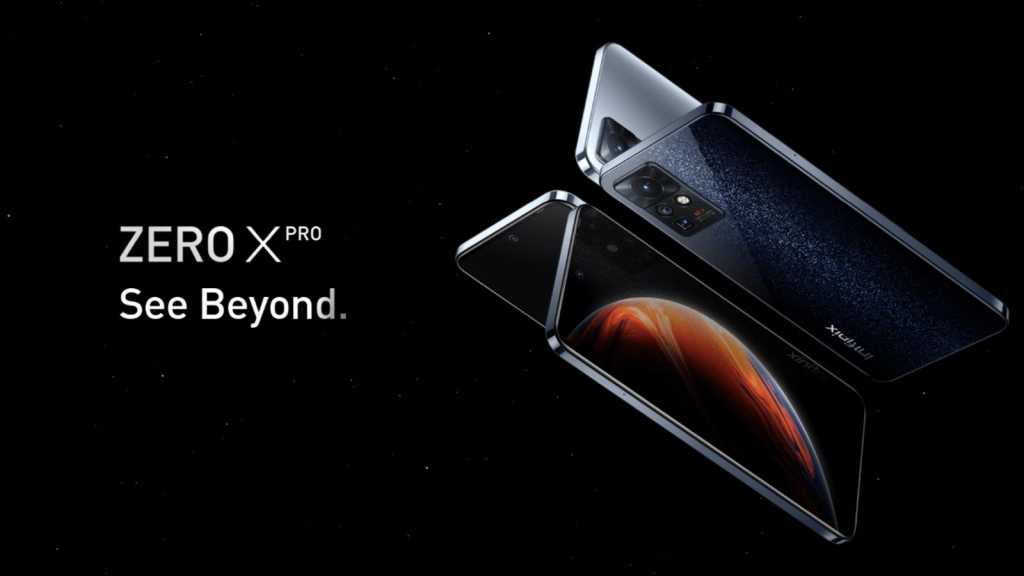 Hong Kong-based phone maker Infinix just unveiled its latest and greatest handset yet, in the Infinix Zero X Pro. The phone sports an affordable price point – characteristic for the brand – but pushes the envelope in terms of the tech on offer, relative to its existing offerings.

Launched alongside two other variants of the Zero X range (the Zero X and Zero X Neo), the Pro is arguably the company’s most advanced smartphone to date (with the exception of its 160W fast-charging concept phone, which was never officially released), particularly when it comes to its camera setup, which features a 108Mp sensor (backed up by optical image stabilisation), as well as a telephoto snapper that sports up to 60x magnification.

The phone’s launch was underpinned by input from Dr Emily Drabek-Maunder at the Royal Observatory Greenwich in London, centred around the phone’s ability to capture high-fidelity shots of the moon (dubbed ‘Super Moon Mode’) despite its humble smartphone hardware (relative to the market).

Other highlights include its Nebula Black finish – the styling of which is reminiscent of a galaxy of stars – along with a 6.67in 120Hz AMOLED display and the promise of ‘Memory Fusion Technology’ which will allow for an additional 3GB of vRAM to be gleaned from the phone’s unused storage (promised to grace the phone via an OTA software update after release).

With the fast-dating Helio G95 chipset at the phone’s core unable to natively support the its 120Hz high refresh rate, Infinix has employed a secondary ‘Boost Intelligent Display Chip’ which pushes past the G95’s 90Hz limit, coupled with a 240Hz touch sampling rate that collectively give the phone greater gaming potential.

Despite launching the Zero Pro with help from the Royal Observatory in the UK, the brand’s biggest audiences are found across the Middle East and Africa, with Nigeria set to be the first market in which the Zero X Pro is going on sale, followed by Pakistan, Indonesia, Egypt, Kenya, South East Asia and South Asia. There currently aren’t plans to launch the phone in markets including the UK and Europe.

Global pricing starts at US$319 (approximately £230/€270) for the 128GB storage SKU and moves up to US$349 (approximately £250/€295) for the 256GB model, however, Infinix representatives did state that pricing could vary significantly by region.

If you’re not in a region where the Zero X Pro is set to launch or want to see the sorts of devices it’s up against, check out our Best Budget Phones roundup and while you’re at it, our review of the Infinix Zero 8 from earlier this year.