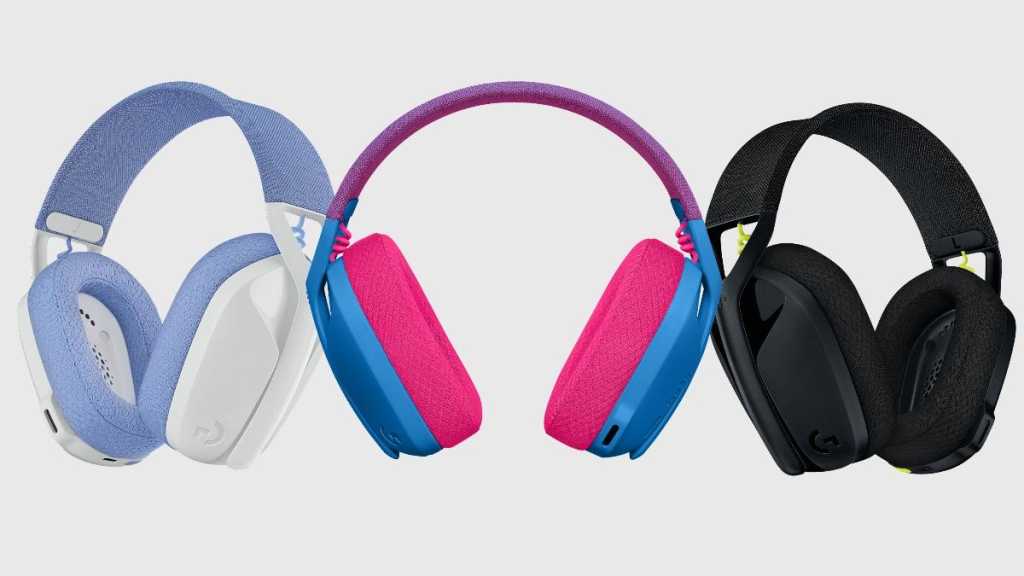 Logitech has revealed the Logitech G435 Lightspeed Wireless Gaming Headset, the latest in a long line of gaming headsets from the peripheral maker – but even with such a large portfolio of products, the G435 represents a couple of firsts for the company.

Not only is it the cheapest wireless gaming headset produced by Logitech to date at just £79/$79, but it’s also the most environmentally friendly. Finally, you can buy a cheap headset and help save the planet!

The Logitech G435 Lightspeed Wireless is the “most sustainable gaming headset” that Logitech has produced so far, boasting a Carbon Neutral impact that sees Logitech finance carbon offset projects to reduce the carbon impact of the product to zero. It’s also made from a minimum 22% recycled plastic, and even the paper packaging is environmentally conscious, sourced from an FSC-certified forest.

Elsewhere, the G435 Lightspeed Wireless weighs in at just 165g, making it one of the lighter headsets available in 2021, and that should translate to a more comfortable gaming experience. The smaller details, like left and right braille indicators on the headset, make it a great option for those with visual impairments too.

However, it is worth noting that while the headset has been designed for everyone, it’s better suited to those with small to medium head sizes. What exactly Logitech classes as a small or medium head is currently unclear, though.

The G435 Lightspeed Wireless packs 40mm drivers that Logitech claims deliver “rich and immersive sound” and while there isn’t a boom mic, the dual beamforming mics should be more than enough to communicate with your buddies when gaming online, and the tech can help cancel background noise too.

It offers Logitech’s premium Lightspeed 2.4GHz wireless connectivity for low-latency wireless performance across PC, PS4 and PS5 using the included dongle – tech usually exclusive to Logitech headsets costing at least £130/$130. There’s also Bluetooth connectivity available, allowing you to use the gaming headset with mobile titles like Call of Duty Mobile and Genshin Impact, as well as listening to your favourite tunes on the go.

“We’ve engineered the G435 with intention — to build our lightest, most affordable, sustainable gaming headset for these users while not compromising on style, versatility and advanced features, like beam-forming mics and multiplatform support,” says Logitech G general manager Ujesh Desai.

Available in three colour options reminiscent of the brightly coloured G733 Lightspeed – Black & Neon Yellow, Blue & Raspberry and Off-White & Lilac – the Logitech G435 is available to buy from the Logitech website and third-party retailers for just £79.99/$79.99.

If you want to see how the Logitech G435 Lightspeed Wireless compares to the competition, take a look at our favourite budget gaming headsets, and we’ve got our top gaming headsets for those with a little more money to splash.