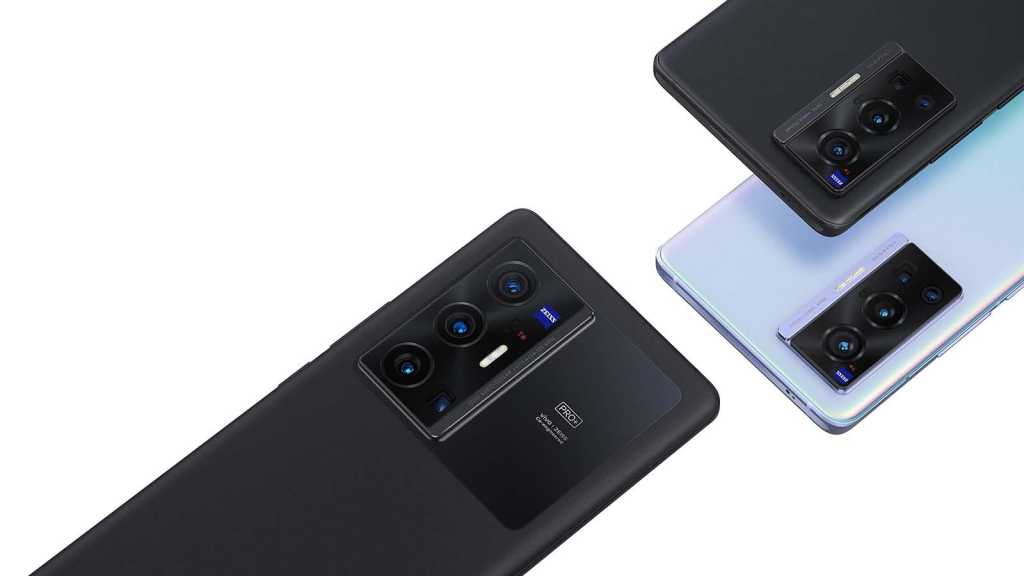 Less than a year after launching its predecessors, Vivo has unveiled the X70 series phones, with three models all set to launch internationally: the X70, X70 Pro, and X70 Pro+.

In addition to Vivo’s first ever in-house image sensor, the series includes upgraded cameras across the board, some design tweaks, and a couple more Vivo firsts: wireless charging and waterproofing.

Here’s everything you need to know about the Vivo X70 phones.

When and where will the X70 series release?

Vivo announced the X70 phones at an event in China on 9 September, and followed up with an Indian launch a few weeks later on 30 September – though only for the X70 Pro and Pro+, with the base model skipping the Indian market.

The company has also confirmed that the phones will launch in Thailand, Indonesia, Malaysia, Taiwan, and the United Arab Emirates. That means we don’t know for sure if any of the X70 phones will release in the UK or Europe, and they almost certainly won’t make it to North America. 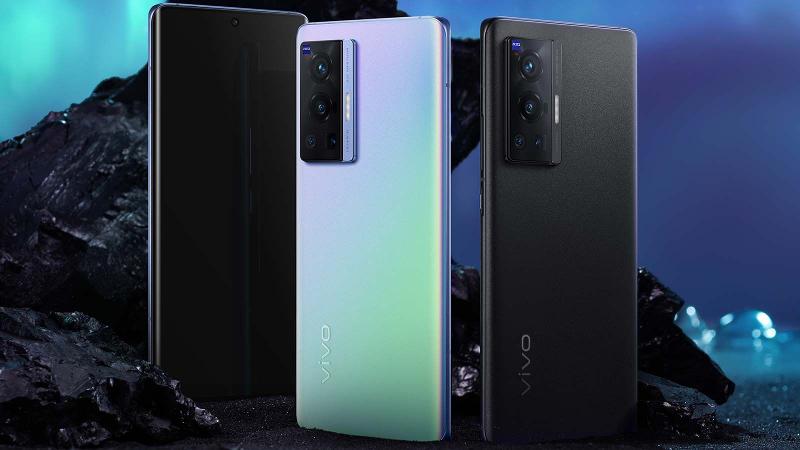 Techradar quotes a Vivo spokesperson saying that the company has “no plans to launch the X70 series in Europe,” so it sounds like the Asian markets mentioned above may be the limit of where this series ends up.

How much do the X70 phones cost?

Again, despite the global launch being confirmed we don’t have pricing for every market. We do at least have the Chinese and Indian prices though:

While the Indian and Chinese prices for the X70 Pro are fairly close, the Pro+ actually costs much more in India – partly because it doesn’t offer an 8GB RAM variant there, instead starting at 12GB. Either way, it’s a good reminder that international pricing does vary, so take these conversions as only a rough guide.

With three phones there’s a lot of variation in what the X70 models offer, so let’s break them each down in turn. If you’d rather watch or listen, we discuss the X70 launch on an episode of our weekly podcast Fast Charge too:

The base X70 doesn’t make too many radical changes from last year’s X60.

Once again you’ll find a 6.56in 120Hz AMOLED display, interrupted by a central punch-hole camera. The phone as a whole is slightly thicker (7.55mm) and heavier (181g) than the X60, but not by much.

The chipset has changed to the MediaTek Dimensity 1200-vivo – a custom Dimensity 1200 that should be roughly on par with the Snapdragon 870 found in the X60, though doesn’t seem likely to represent a meaningful upgrade – and may in fact lag behind its predecessor in some key respects.

The chipset is paired with 8GB or 12GB of LPDDR4X RAM, and either 128GB or 256GB UFS 3.1 storage. Battery capacity has grown slightly year-on-year, to 4400mAh, and charging has jumped more significantly to 44W speeds. 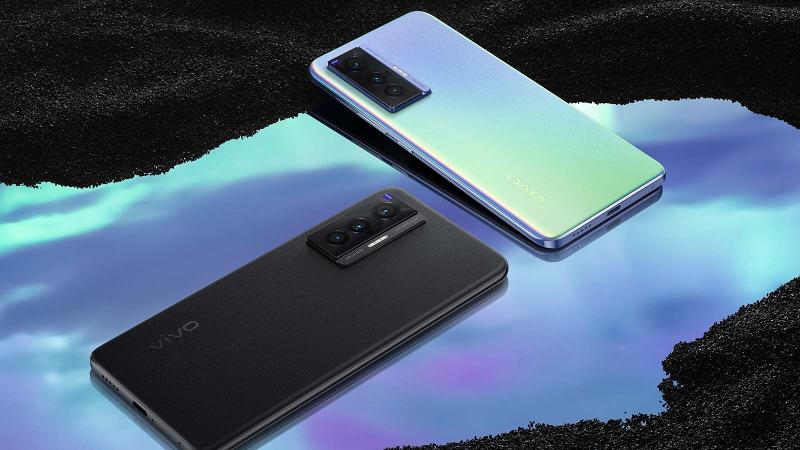 Cameras are where the changes are bigger. There’s now a 40Mp main camera (with OIS and gimbal stabilisation), joined by 12Mp ultrawide and 2x telephoto lenses. The Mp counts are actually lower across the board than before, but sensor changes and other hardware upgrades should mean they still represent an improvement. The selfie lens remains 32Mp.

Like all the X70 phones the cameras bear a Zeiss logo, and the lenses are also coated with the company’s T* coating, which is designed to cut down on reflections, glare, and other image artifacts.

The rear design has also been tweaked, with a new camera module dubbed ‘Cloud Valley’. This sees the flash incorporated into a thin bar that runs down alongside the lenses, with the module as a whole now thinner and taller than before. It will launch globally in black and ‘Aurora Dawn’ (blue), with a white option exclusive to China.

The X70 Pro is a little more complex, because this is the only phone of the three where the exact specs vary slightly between the Chinese and global models – the same thing we saw with last year’s X60 Pro.

In China it’s powered by the Exynos 1080 chipset – the same used last year – whereas elsewhere it will use the same Dimensity 1200-vivo as the base model. 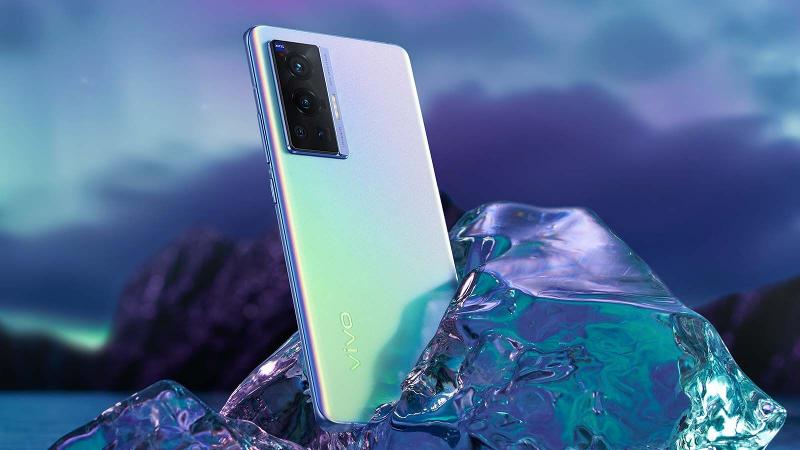 Wherever you buy the X70 Pro it will feature the same display as the X70, and a similar camera setup too: the only changes are a bump up to 50Mp for the main camera and the inclusion of an 8Mp 5x periscopic lens.

The battery is slightly bigger than the X70 at 4450mAh, but charging is the same, and the phone as a whole is slightly thicker (7.99mm) and heavier (185g), though colours are the same as the base X70. There’s also the option of a bump up to 512GB storage.

Finally, the Pro+ is the big daddy of the line-up, with a few exclusive specs and features you won’t find on the other models. 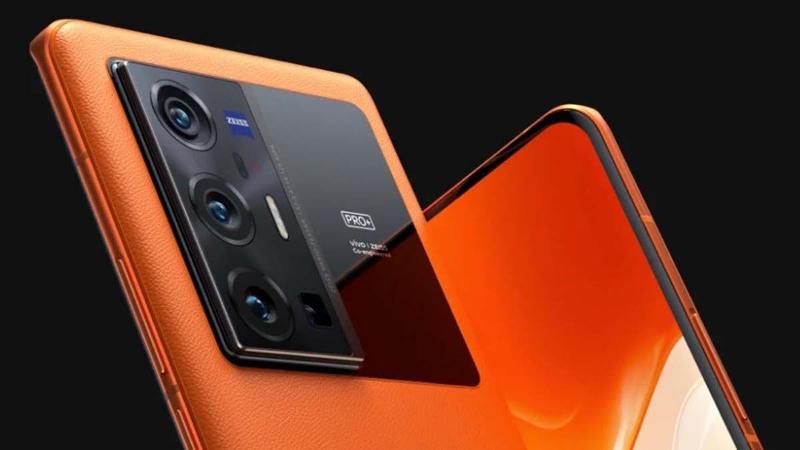 First up, the design is different, with vegan leather rear finish options and an unusual reflective ‘ceramic window’ next to the camera module. This stretches across the phone’s rear and looks a little like the camera module of the Xiaomi Mi 11 Ultra, but it isn’t a rear display – simply polished ceramic.

The front display is bigger, at 6.78in, and also jumps up to 2K resolution and the LTPO dynamic refresh rate tech. You’ll also find a Snapdragon 888+ chipset inside, alongside the V1 ISP, which the company claims is more power-efficient than rivals while delivering improved performance too.

The battery is bigger still at 4500mAh, while wired charging is faster at 55W. More importantly, for the first time on a Vivo phone you’ll find wireless charging – and it’s no slouch at 50W.

Another Vivo first is water-resistance, with an IP68 rating found on the Pro+. Globally it will only launch in black, while in China it will also boast orange and blue vegan leather options.

The camera tech is similar to last year’s, with a 50Mp main camera using the Samsung GN1 sensor, a 48Mp ultrawide, 12Mp 2x telephoto, and 8Mp 5x periscope. That 2x telephoto is the only one that feels like a slight downgrade, coming from a 32Mp sensor in the X60 Pro+, but this take on it should be brighter thanks to an f/1.6 aperture.

Most impressively, all four of the rear lenses support both EIS and OIS, with the gimbal stabilisation also supported on the ultrawide.