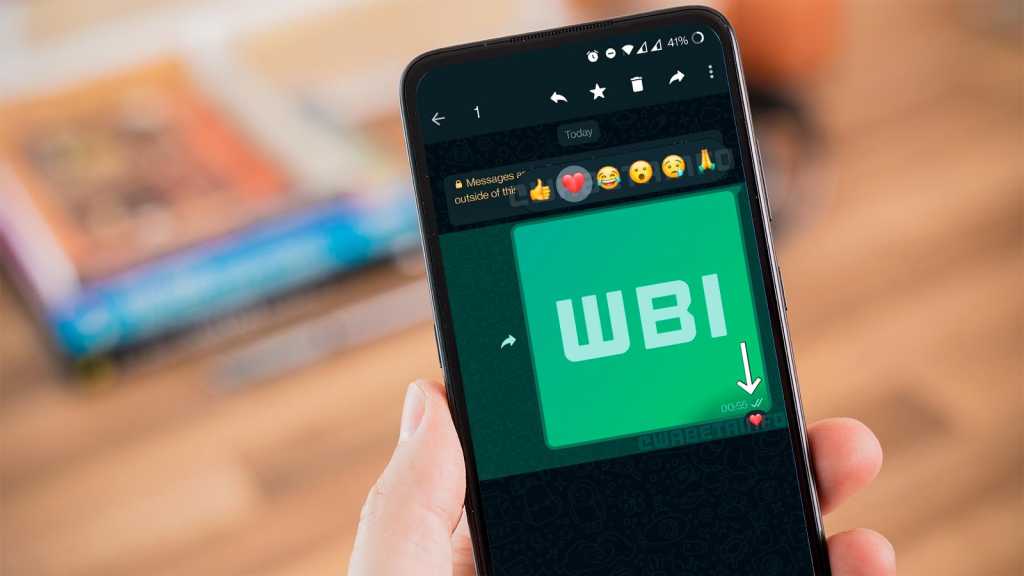 You can react to a message with an emoji in most messaging apps including iMessage, Facebook Messenger, Slack and Telegram.

But WhatsApp users have been waiting years for this feature. We first heard that WhatsApp was developing it back in September 2021 but five months later it’s still not available in the public apps.

WhatsApp is readying message reactions (secured by end-to-end encryption) in a new upcoming update of WhatsApp beta for Android and iOS. 👍❤️😂😮😢🙏 pic.twitter.com/o9CMW6pnsN

There’s no word on when the feature will make it into the public version of WhatsApp, but given the lengthy testing period, it can’t be long.

Originally, back in September, any emoji could be chosen as a reaction, but in the latest beta, that’s been reduced to a selection of just six – more in keeping with other messaging apps. Those are:

In that older beta, shown above, the number next to the various reactions indicates how many people  have reacted to that message, which is most useful in group chats where you can see who reacted with what. It’s unclear whether that will be in the final version.

If you react to a message and the person who wrote it running an older version of WhatsApp, they’ll see a message telling them that they’ve received a reaction and need to update their app.

That’s not all. Other features are in the works as well. There’s a new shortcut to stickers which appears to the left-hand side of a word you’re typing when it matches a sticker. Plus, privacy settings are being reworked to include ‘My Contacts Except…’ so that you can, for example, allow everyone to know when you were last seen using the app except specific people.

WhatsApp users more recently got the ability to send disappearing photos or videos, long after disappearing messages were added to the app.