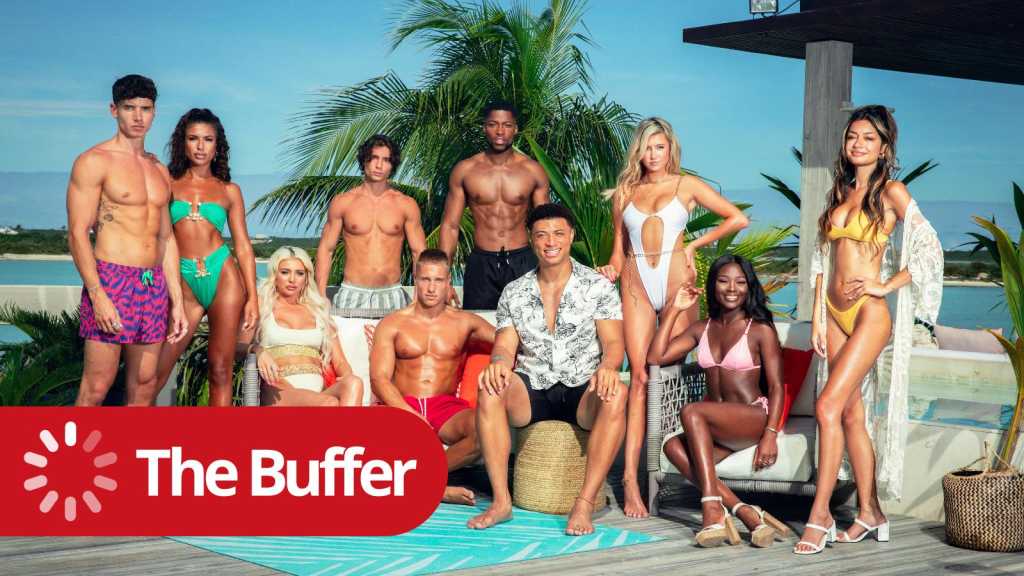 Ah, the cesspit of reality TV. It’s always been a genre that dominates the entertainment landscape, with audiences glued to the lives of seemingly ‘normal’ people as they navigate their way through general life and/or a competition, with cameras watching their every move.

There are many twists on the reality show genre. There are the various dating shows – the obsession with Love Island continues to rage on. Then, there’s the talent competition sort – driven by the megalomaniac Simon Cowell with The X Factor machine. Generally, the same staples return to TV channels every year because they are safe bets.

Netflix, however, is a breeding ground for experimentation, and thus it can take the classic reality show formats and put them on steroids – with ideas crazy enough to get even the most sensible of us to watch one episode (which can be enough to get hooked, let’s be honest).

Of the service’s current crop, Too Hot to Handle looks like Love Island on the surface, with the twist being that the contestants all have to exercise restraint by not sleeping with one another. Similarly, Sing On! takes the age-old singing competition format and turns it into a karaoke competition, with cash prizes being won for how spot on the musicians perform the lyrics and melody.

This is the just the tip of the iceberg. In the last week of August, the streaming giant announced ideas for three new, bizarre reality shows. These are:

Dance Monsters: A dancing competition in which contestants are transformed into monsters through a combination of VFX, live motion capture and facial recognition. Performers will dance in front of a panel of judges, as well as a live studio audience. The concept seems similar to the Masked Singer, but without the celebs.

Snowflake Mountain: Netflix is recruiting ‘kidults’ (a lame marketing term for hopeless adults, apparently), who will all be challenged to survive off-the-grid living in order to win a cash prize. Think Survivor, but rather than a sunny desert island, it’s in the chilly Lake District.

Date and Related: This dating show will star real-life siblings who pair up and try to wingman one another in order to find ‘the one’. However, Netflix isn’t exactly asking for contestants to succeed – the official teaser describes the concept as (and I quote), “Awkward. As. Hell.” I can only concur.

The Washington Post identifies three major reasons why people watch reality TV: the classic ‘guilty pleasure’ comfort watch, ironic consumption (watching them to make fun), and camp sensibility – in which a viewer recognises the awful results producers are creating, and admires the finished product for what it is, flaws and all.

As Netflix traditionally releases all its episodes in one go, it makes these reality shows perfect for binging – something this addictive genre lends itself to. Once you’ve watched one, you just can’t stop watching – like a car crash.

Netflix has already had success with its bizarre reality offerings – some of which have turned their stars into celebrities in their own right.

One perfect example would be Selling Sunset, which I’m ashamed to say is my personal Netflix guilty pleasure. The show follows the Oppenheim Group, an estate agency which specialises in luxury homes in Southern California – with high-profile clients purchasing these multi-million-dollar houses.

Alongside the decadent tours, we also follow the ‘personal’ lives of some of the agents. Who they’re dating, why they’re fighting over clients, what beef happened in the office because someone never showed up to someone else’s birthday party, etc. The best way I can describe it is Location, Location, Location meets The Real Housewives of Beverly Hills.

With three seasons down and a fourth on the way, the Netflix show has taken the world by storm, and several of the stars, most notably Christine Quinn and Chrishell Stause, have now broken into the gossip pages of tabloids.

YouTuber Tiffany Ferguson talks about the natural path of reality stars to influencers, and how these shows are designed to create new faces that can help sell brands and ultimately bring in more viewers to the show, which in Netflix’s case means more subscribers.

Whilst not all of these new show concepts may stick, having at least one gain a viewer base could result in new reality TV celebs, or more specifically, Netflix reality celebs. Even if they don’t, Netflix can continue to use its churn model to keep producing new concepts until something manages to captivate audiences.

It’s not even just brand-new ideas – Netflix has taken old shows and recycled them for today’s viewers. Monster-based dating series Sexy Beasts caused a huge stir online when the first trailer was revealed, but the show was originally a BBC Three programme which hit screens in 2014 – albeit to a much smaller audience.

The Circle is another syndicated reality show which has managed to break America thanks to Netflix’s take on the concept. The original format first debuted on Channel 4, featuring contestants who all live in the same building and communicate using social media – but can’t meet face-to-face. In other words, it encourages contestants to catfish in order to win.

The next season of The Circle airs on Netflix US tomorrow, whilst other international variants (including the original UK version) are in development across various Netflix studios across the world.

Vulture points out that unscripted television is cheaper to make than scripted in general, making them more cost-effective if they succeed. The talent costs less, and the general lack of VFX, costume, shooting locations, and more means that Netflix can afford to mass produce the series.

Unscripted shows often also have more chance of longevity, should they succeed. Take the UK’s Strictly Come Dancing, which is currently going into its nineteenth season in the next few weeks. As long as the format can shift and change accordingly with the times, there can always be an appetite for it.

I’m just praying that Date and Related isn’t a show that sticks, because that concept really does turn my stomach.

Available on Disney Plus in the UK and Hulu in the US, Only Murders in the Building features the trio of Steve Martin, Martin Short, and Selena Gomez, and centres around these characters as they take it upon themselves to investigate a real-life death in their apartment complex, brought together by their mutual interest in true-crime podcasts.

The series has Wes Anderson influences, and often leaves you questioning each and every character’s motives. The first couple of episodes are out now, so you can catch up and come up with your own convoluted theories.

Further reading: Why streaming services like Netflix are now dominating the Emmys