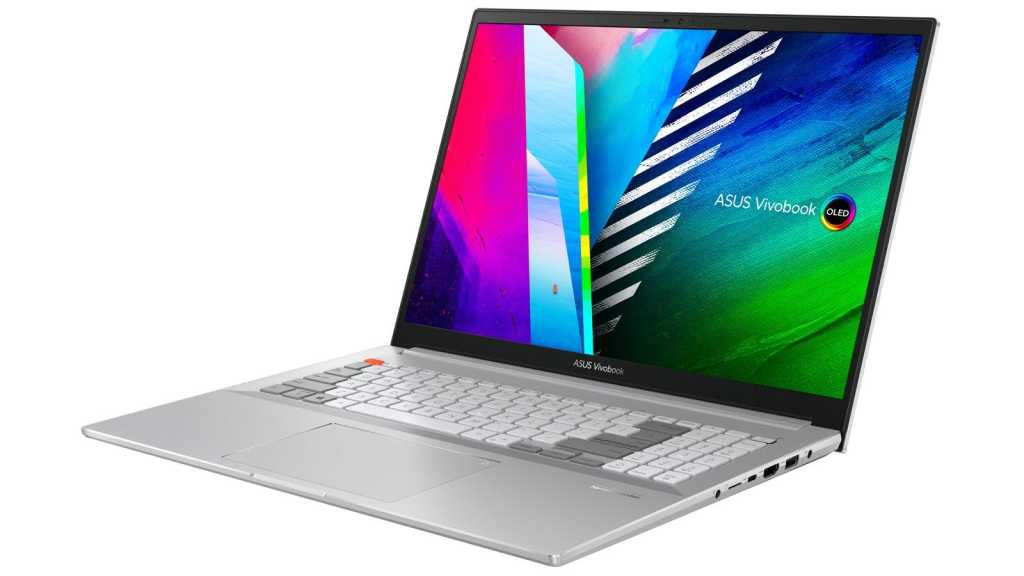 Asus’ lineup of creator laptops has typically focused on high-end devices, but that looks set to change now. The company has announced several new entries in its Vivobook Pro range, which aims to deliver a great experience for creators without breaking the bank.

There are four new devices to choose from, across three different screen sizes. OLED displays are consistent across all models, while you can pair Intel or AMD’s latest processors with a powerful discrete GPU from Nvidia.

The Vivobook Pro 16X is the largest of the quartet. It has a 16in, 16:10 display, with a choice between 4K or 2.8K resolution. Asus has recognised the importance of a high-quality screen for creators – this one covers the full DCI-P3 colour gamut and is validated by colour experts Pantone.

Under the hood, the 16X is a power user’s dream. It uses either the Intel Core i7-11370H or AMD Ryzen 9-5900HX. The latter is significantly more expensive, but that’s reflected by the inclusion of an RTX 3050 or 3050 Ti GPU. With up to 32GB of RAM and 1TB of SSD storage, performance should be excellent.

You also get a 96Wh battery – that’s one of the highest capacities we’ve seen in a laptop. The 16X is only available in Black or Meteor White, but the eye-catching design is sure to turn heads. There’s also an impressive port selection, consisting of three USB-A, one USB-C, HDMI, microSD card slot and 3.5mm headphone jack.

The VivoBook Pro 14X has plenty in common with its larger sibling, even if the display is limited to 2.8K (2800×1800) here. Other changes include a reduced battery capacity of 63Wh, although that makes the device more lightweight – 1.45kg vs 1.95kg on the 16X.

Both the Pro 14X and 16X also benefit from Asus’ new DialPad feature. This takes the form of a physical dial located under the keyboard, allowing users to make quick adjustments within some of Adobe’s Creative Cloud apps. This can be fully customised, but it remains to be seen how useful creators will find it.

Elsewhere, Asus says the Vivobook Pro 14 and 15 are designed with younger creators in mind. They might not need class-leading specs or extra features like DialPad, but still need a device that can handle 4K video editing and graphic design.

As you can imagine from the high-end specs, all the new Vivobook Pro devices will be eligible for a free upgrade to Windows 11 once it becomes available.