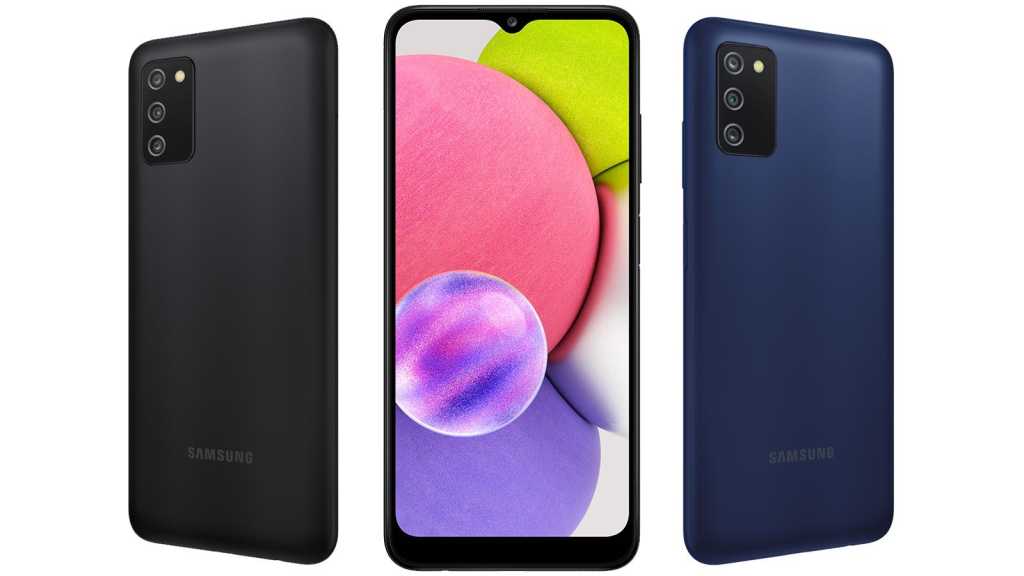 The Samsung Galaxy A02s was one of the company’s most affordable phones of 2021 and now its successor – the Galaxy A03s – is here, boasting a newer chipset, a large battery and a smattering of other appreciated updates.

Samsung’s A0 line operates at the lower end of its already-affordable A-Series and, for the most part, there’s little to tell the new A03s apart from its predecessor at first blush, right down to the “Haze & Matt effect” plastic finish.

How much is the Samsung Galaxy A03s?

Like the Galaxy A02s, the A03s lands at £139 in the UK, making it one of the most affordable Samsung phones of the year, however, the price/performance tightrope that Samsung is walking here doesn’t look all that competitive in comparison to rival devices from the likes of Realme and Xiaomi, meaning brand loyalty will definitely have to play a role in its success on store shelves.

Check out our Best Budget Phones chart to see what sorts of devices the Galaxy A03s is up against.

When does the Samsung Galaxy A03s launch?

The Galaxy A02s made it out of the gate ahead of the flagship Galaxy S21 line and with such humble specs to begin with, a mid-year refresh feels more justified at the more affordable end of the market.

The A03s was announced on 1 September and hits retail in markets, including the UK, on 24 September.

What features does the Samsung Galaxy A03s have?

For the price don’t expect much in the way of cutting-edge technology (i.e. there’s no NFC here) but know that the A03s aims to meet the demands of those who want a decently large display, strong battery life and a versatile camera setup for a low price, first and foremost.

The big upgrades here are the inclusion of a side-mounted fingerprint sensor (the A02s offered only PIN, pattern or password unlocking), a newer MediaTek Helio G35 chipset, which should offer superior power efficiency compared to the previous phone’s Snapdragon 450 SoC, plus a newer user experience in Samsung’s One UI 3.1 Core, running atop Android 11 (the A02s ran on Android 10 out the box).