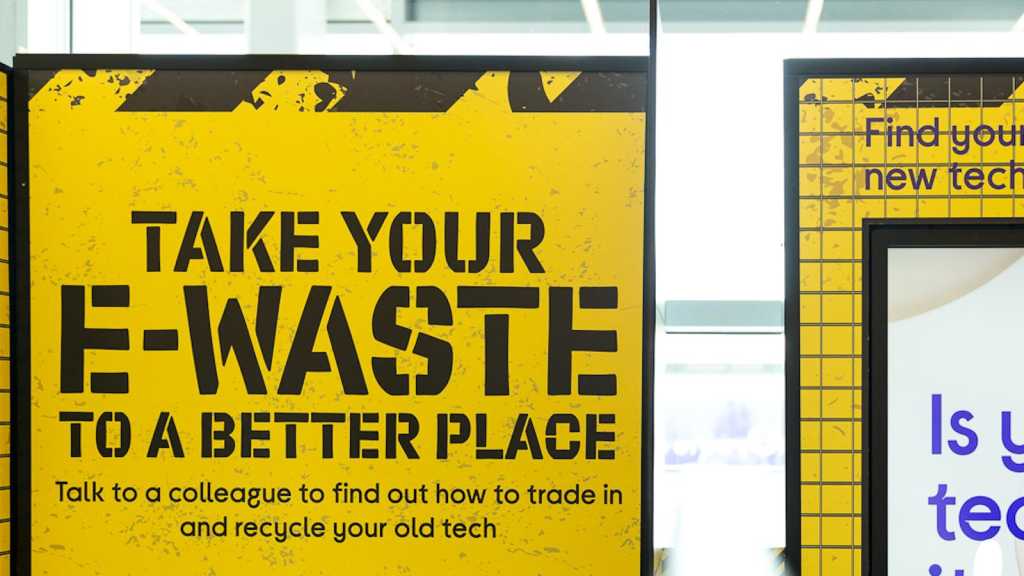 Research from Currys PC World has shed light on the UK’s huge electronic waste problem. Currently, the country throws away 1.45 million tonnes of old electronics a year. And the e-waste mountain is only rising.

But as the survey from Currys shows, the problem is that people aren’t sure where or how to recycle their old tech, with over two-thirds (68%) admitting they have no idea how to dispose of it.

This has led to almost a third of people (32%) binning items that still work. Meanwhile, almost a quarter (24%) hold onto unwanted tech rather than chuck it out: 527 million tonnes of unused tech is hoarded in British homes.

Londoners are some of the worst affected, with almost a third of capital-dwellers living with old electronics they don’t know how to dispose of safely.

Currys PC World also surveyed respondents on the broken tech most likely to be in their homes. Mobile phones came out on top, with headphones and laptops following. Kitchen counter appliances such as kettles, toasters and blenders also featured prominently.

Ways to recycle your old tech

First off, you may be able to sell your old tech on a specialist site or a Facebook group. But if not, there are plenty of recycling options:

For decluttering strategies and more ideas on what to do with your unwanted tech, check out our article on recycling your old electronics.