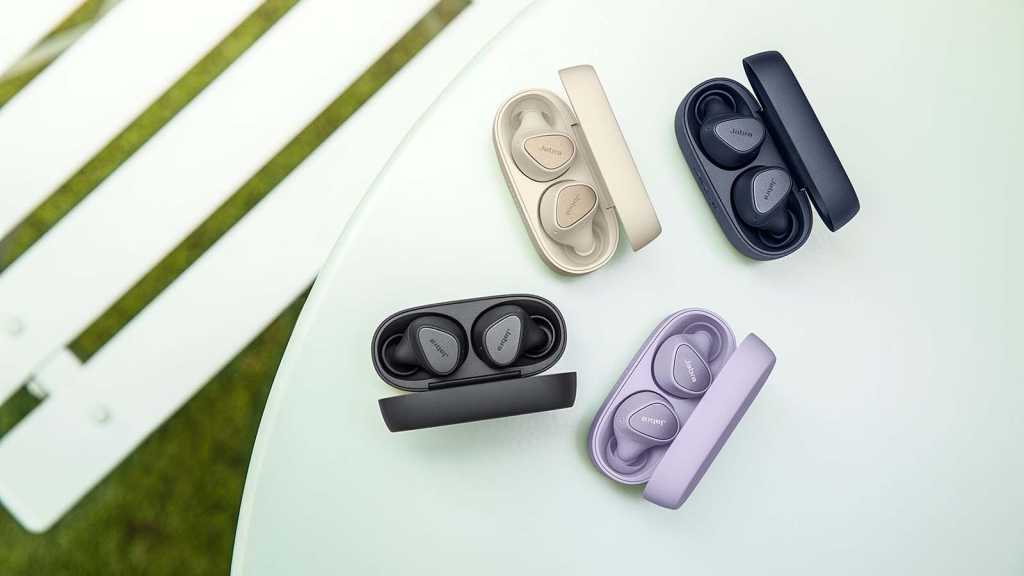 Jabra has unveiled three new pairs of true wireless headphones as part of a shake up to how it brands its audio gear going forward.

The re-structure positions the company’s earbuds into three broad strands: Elite, Elite Active, and Elite Pro, with one new launch already here for each product line. Each also bears a number, to let you know roughly where it sits within Jabra’s new ecosystem.

At the top are the new flagship Elite 7 Pro. These sit at the upper-end of the Pro line, which is intended to focus on both music and call quality. In this case, it’s driven by the company’s new MultiSensor Voice tech, which combines four microphones with a bone conduction sensor to optimise audio – for example, activating the bone conduction in windy environments to cut noise.

Jabra says it has a host of new algorithms in play to make the most of the combination of sensors, but it’s also rolling out one of its older ones – its customised MySound profiles will now be applied to calls as well as music on the Elite 7 Pro.

Beyond that, you’re getting a lot of what you’d expect from premium earbuds: active noise cancellation, an IP57 water-resistance rating, and voice assistant support, all for £199/US$199. Battery life is also a strong point: nine hours from the buds even with ANC active, with a 35-hour total counting the case.

The £169/US$179 Elite 7 Active are almost as impressive, but with a focus on a secure fit. In terms of audio, features, and battery life they’re the same as the 7 Pro except for the omission of the bone conduction sensor and MultiSensor Voice algorithms.

Instead, the 7 Active’s chief innovation is a new liquid silicone rubber coating called ‘ShakeGrip’, an upgrade to the soft touch paint previously used on the likes of the Elite Active 75t. This coats the outer edges of the buds, making them easier to grip and more secure in your ear, even once you get sweaty. Even the physical button sits underneath the ShakeGrip coating.

Finally, the Elite 3 earbuds sit in Jabra’s new core range, but the ‘3’ is a giveaway that these belong at the budget end of the lineup. In fact, they’re Jabra’s cheapest wireless earbuds yet, and the first to drop below the £100/US$100 line.

At £79/US$79 these aren’t the absolute cheapest true wireless earbuds around, but they’re not too far off. To hit that price point Jabra has tweaked the design and dropped to smaller 6mm drivers, though managed to maintain an IP55 water-resistance rating, and will still offer a customisable EQ – a rarity at this price.

There’s no active noise cancellation, which a Jabra rep told me was a choice they made because they wanted to be “well below” £100/US$100. Even the recent Nothing Ear (1) earbuds, which do offer ANC, only managed to get as cheap as £99/US$99 – and while there are cheaper noise-cancelling buds out there, the quality of the ANC is generally pretty basic.

All three new pairs of headphones use a ‘closed’ design, similar to Jabra’s 75t series, as opposed to the ‘open’ design adopted for last year’s Elite 85t. I see that as a welcome change, as the 85t never fit my ears securely, and the open design left the buds’ noise-cancellation feeling ineffective.

The 85t buds were broadly well-reviewed elsewhere though, so this shouldn’t be interpreted as a sign that Jabra will never adopt that design again – but for now, at least, the company is returning to the core design that it used for years prior to the 85t shakeup.

The Elite 3 are set to go on sale tomorrow, 1 September, while anyone hoping for the 7 Active or 7 Pro will have to wait a little longer, until 1 October.