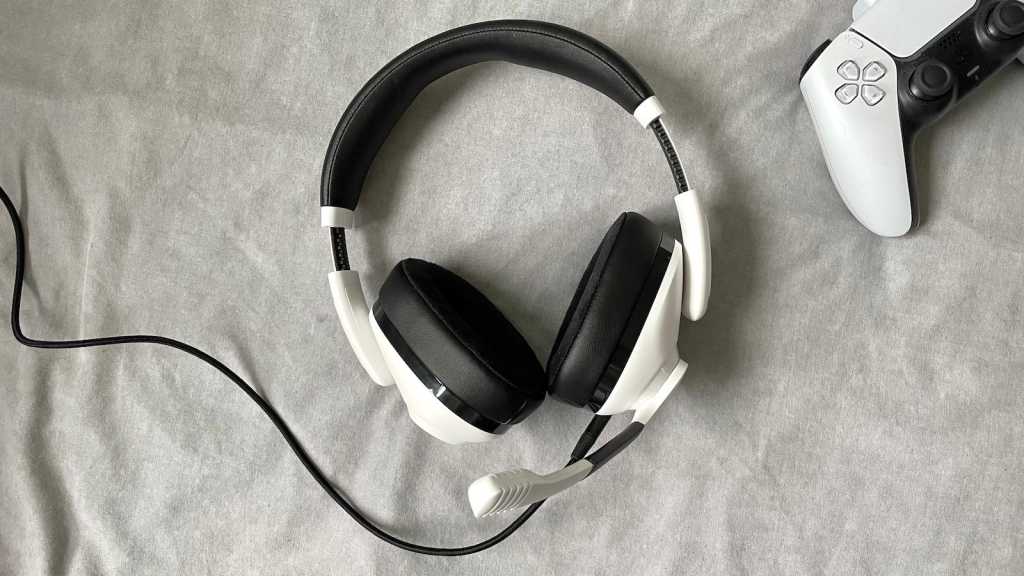 One of the big features of premium gaming headsets tends to be virtual surround sound, offering a more immersive audio experience with more lifelike directional audio than a basic stereo output can provide. What many headset manufacturers won’t tell you is that you can get that effect on almost any gaming headset using software – as long as you’re a PC gamer, anyway. Sorry console brethren!

So, what is this mysterious technology that’ll bring virtual surround sound to your gaming headset? Though there are different implementations from big names in the audio space like Dolby and DTS, all take advantage of the Spatial Sound feature added to Windows 10 back in 2017.

Here, we’ll explain all the different ways that you can add virtual surround sound to any gaming headset on Windows 10.

Check the settings in your games

Before we talk about the various software options available to gamers, it’s worth checking that the game you want to play doesn’t already offer some kind of built-in surround sound processing tech – it’s not commonplace just yet, but some popular titles including Overwatch and Call of Duty: Warzone offer a Dolby Atmos for Headphones option within their Sound settings menu.

Like the other options we’re going to delve into, Dolby Atmos for Headphones integration within games will bring virtual surround sound to any gaming headset for a more immersive audio experience – and the best part is that it’s completely free (once you’ve bought the game, anyway!).

Though fairly obvious, it’s worth pointing out that support is unique to the game in question – you can’t select Dolby Atmos for Headphones in Overwatch, for example, and expect that to translate to an unsupported title.

Windows Sonic for Headphones should be the first port of call when adding virtual surround sound to your gaming headset, simply because it’s built into Windows 10 and it’s completely free to use. Everyone loves a freebie, right?

Following the introduction of spatial audio support back in 2017, Microsoft released Windows Sonic for Headphones to take advantage of the tech. The free software is built directly into Windows 10, so there’s no app to download, and it can be enabled simply by right-clicking the sound icon in your system tray and selecting Spatial Sound > Windows Sonic for Headphones.

Though it may not be the best surround sound virtualisation software available, it does add some depth and spatial awareness when gaming, and it can even upscale stereo signal for a faux-surround experience when watching movies. 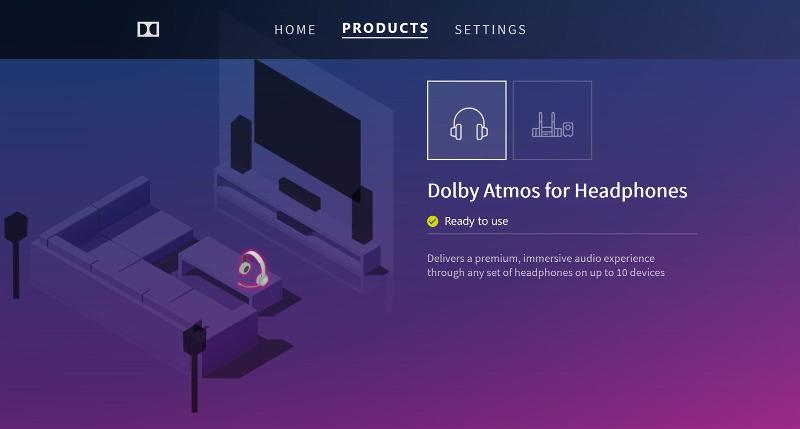 If you’re looking for something with more oomph, Dolby Atmos for Headphones is a popular choice among both developers and consumers.

Dolby Atmos for Headphones relies on the same spatial sound tech as Windows Sonic but uses Dolby’s own virtual surround sound tuning technology to create the immersive sound, resulting in a much-improved audio experience compared to the built-in option – especially when played with games that fully support the codec. That’s not much of a surprise, given Dolby’s prowess in both home and cinema audio.

The catch is that Dolby Atmos for Headphones isn’t integrated directly into Windows 10 – you’ll have to download the Dolby Access app from the Microsoft Store to use the audio tech when playing games.

While the app is free and works with Dolby Atmos speaker systems automatically, you’ll need to fork out an additional £15/$15 in-app purchase to access Dolby Atmos for Headphones. The saving grace is that you can cash in a free seven-day trial to see whether it’s the software for you.

It’s also worth noting that some gaming headsets, including the Corsair HS80 RGB Wireless, come with a Dolby Atmos for Headphones license, meaning you’ll get the tech for free once they’re plugged in for the first time.

However you obtain the license, to activate Atmos, simply open the game you’d like to play, right-click the sound icon in the system tray and select Spatial Sound > Dolby Atmos for Headphones. 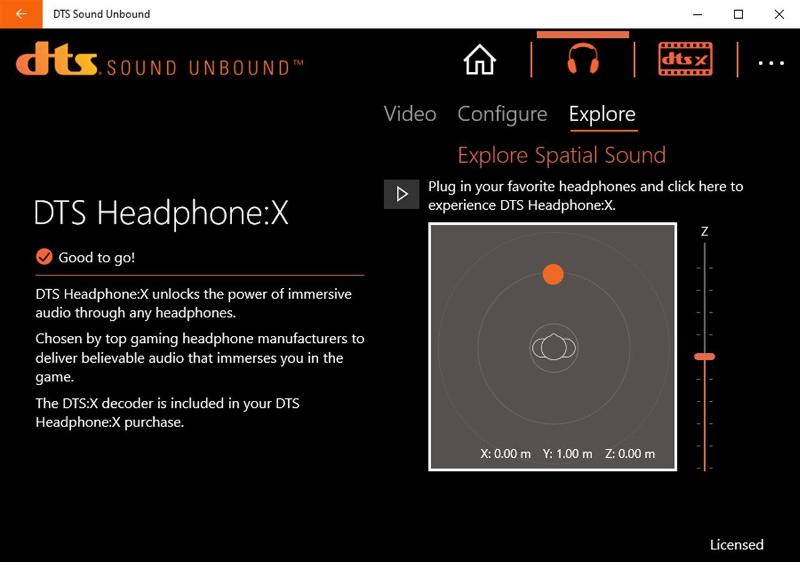 DTS may not have the same brand recognition as Dolby, but it has been making waves in the surround sound market in recent years, often used when encoding audio on Blu-ray. It’s not just focused on surround sound systems though; it also offers a headphone-focused codec that utilises the Windows spatial sound tech dubbed DTS Headphone:X.

It works much in the same way as Dolby Atmos, requiring you to download the DTS Sound Unbound app from the Microsoft Store to access the tech. The app is free to download, but you’ll have to pay £20/$20 to access the DTS Headphone:X decoder to access the virtual surround sound tech on headphones.

The good news is that there’s a free trial and it’s longer than Dolby Access at 14 days, giving you a decent amount of time to decide whether the tech is for you.

Where DTS separates itself from Dolby and co. is in the app; as well as being able to tweak the overall output using a built-in EQ, the app offers specific tuning for over 500 models of headphone, as well as generic profiles for earbuds and over-ear headphones.

For officially supported models, you can take things a step further and choose from either Balanced or Spacious effects to further customise the sound output.

Like with the other options, enabling DTS Headphone:X is as simple as booting up the game you’d like to play, right-clicking the sound icon in the system tray and selecting Spatial Sound > DTS Headphone:X.