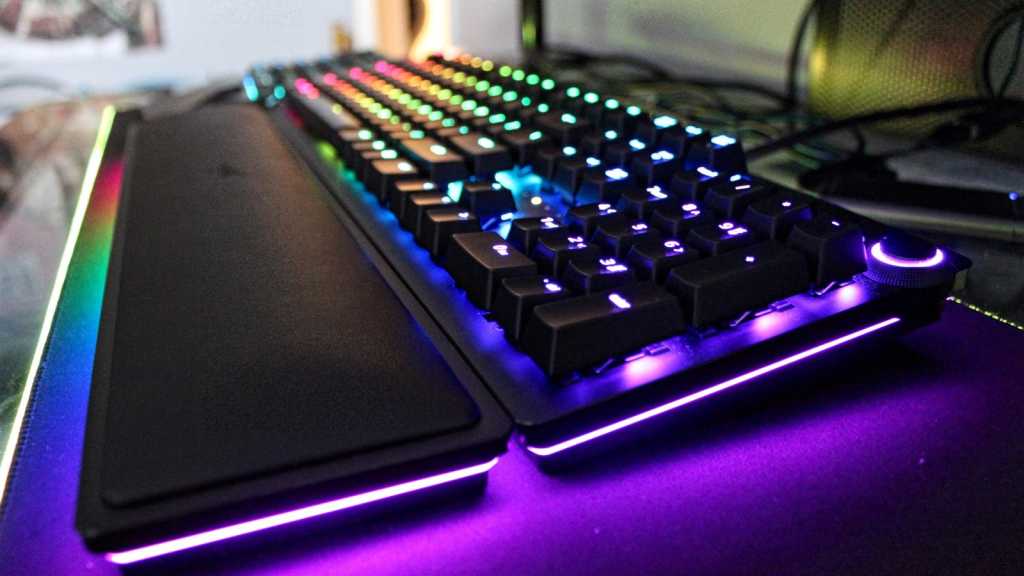 Hate raids are becoming more frequent on Twitch, making streaming exceedingly difficult and stressful for numerous creators out there – especially those from marginalised communities. Whilst Twitch has responded to the incidents by saying it is working on a fix, it doesn’t look like a solution is coming imminently.

Therefore, if you’re currently dealing with hate raids – or want to prevent them from happening in the future – we’ve rounded up some tools and tips to help protect your online safety.

This advice includes things you can do directly through Twitch to protect yourself (along with the pros and cons), programmes you can install on your PC for your safety, and custom plug-ins made by talented individual creators in response to hate raids to help quickly deal with a tough situation.

What is a hate raid?

Raids are one of the most defining features of Twitch. When a streamer ends their broadcast, they can send over their viewers to another channel, increasing that person’s viewership numbers and introducing communities to one another. Usually, it is supposed to be a positive thing.

However, hate raids are the opposite of this. This is when a user comes in with bot accounts and overwhelms the chat with abhorrent, abusive messages and imagery. Often, these bot accounts have variations of similar names, and come in large numbers.

We’ve seen a lot of conversation about botting, hate raids, and other forms of harassment targeting marginalized creators. You’re asking us to do better, and we know we need to do more to address these issues. That includes an open and ongoing dialogue about creator safety.

Streamers and mods (users who help manage the streams for creators) can find it difficult to quickly diffuse the situation, as it takes a while to ban all the users and delete all the hateful messages from the chat. That means that a stream can quickly be derailed by these bots, and the lasting emotional effects on streamers are even worse.

Ways to prevent a hate raid

There are some things that can be done to help minimise the chances of a hate raid occurring. These are things you can do before you go live, and can be activated directly through Twitch without the need to download or install anything extra on your device.

The website Hate Raid Response (created by JustMeEmilyP) has compiled a full list of chat commands and other resources and is being updated consistently as this situation continues to unfold.

Hateful owners of bot accounts seem to be finding streamers via tags of marginalised communities, such as POC and LGBTQIA+ streamers, by clicking on tags that identify someone’s race, gender identity or sexuality. Therefore, not using these tags on your stream can lower the chances of a hate raid organiser finding your channel.

The issue with this is that this takes away from discoverability for normal audience members, and will feel disappointing to users who really value having that tag as part of their channel. It is therefore understandable if you want to keep tags on your streams.

AutoMod is a feature that can filter certain terms and words in case they appear in chat. AutoMod will hold the messages from appearing in your chat – though mods and streamers will be able to see them. You can set certain subjects to different levels of protection.

Strong AutoMod settings can sometimes catch phrases and words out of context for usual audiences, so just keep this in mind. You can also add in your own custom terms (including spelling variations of threats and abuse, a common tactic used by hate bots) under the ‘blocked terms and phrases’ section of the creator dashboard. 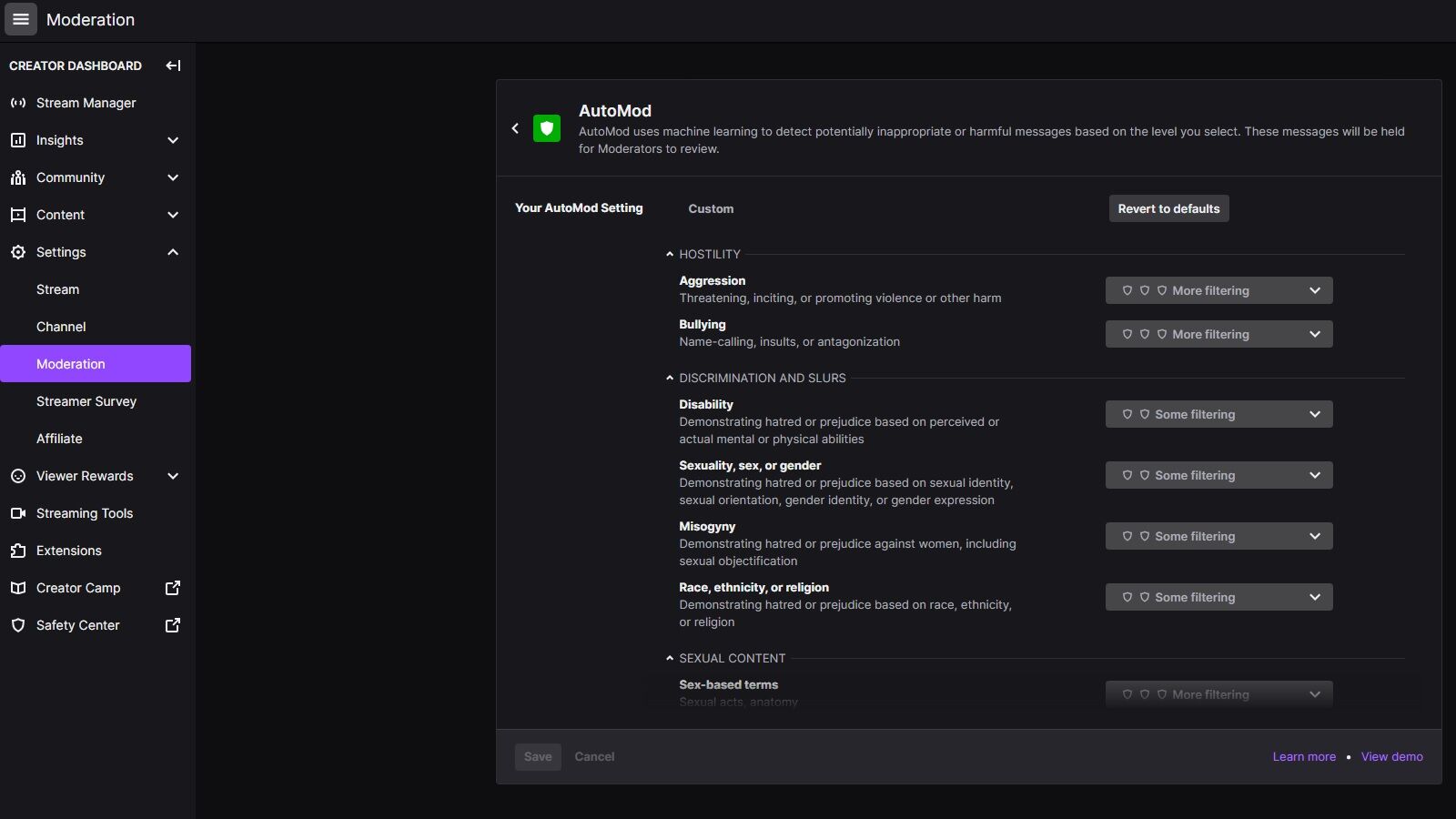 Under your creator dashboard, you can set preferences for your chat to stop strangers coming in immediately – which bots from hate raids usually are. You can change chat to follower only, subscriber only, emote only (no text, only emotes), disable links, slow chat down to allow time for modding, require chatters to be email-verified and more. 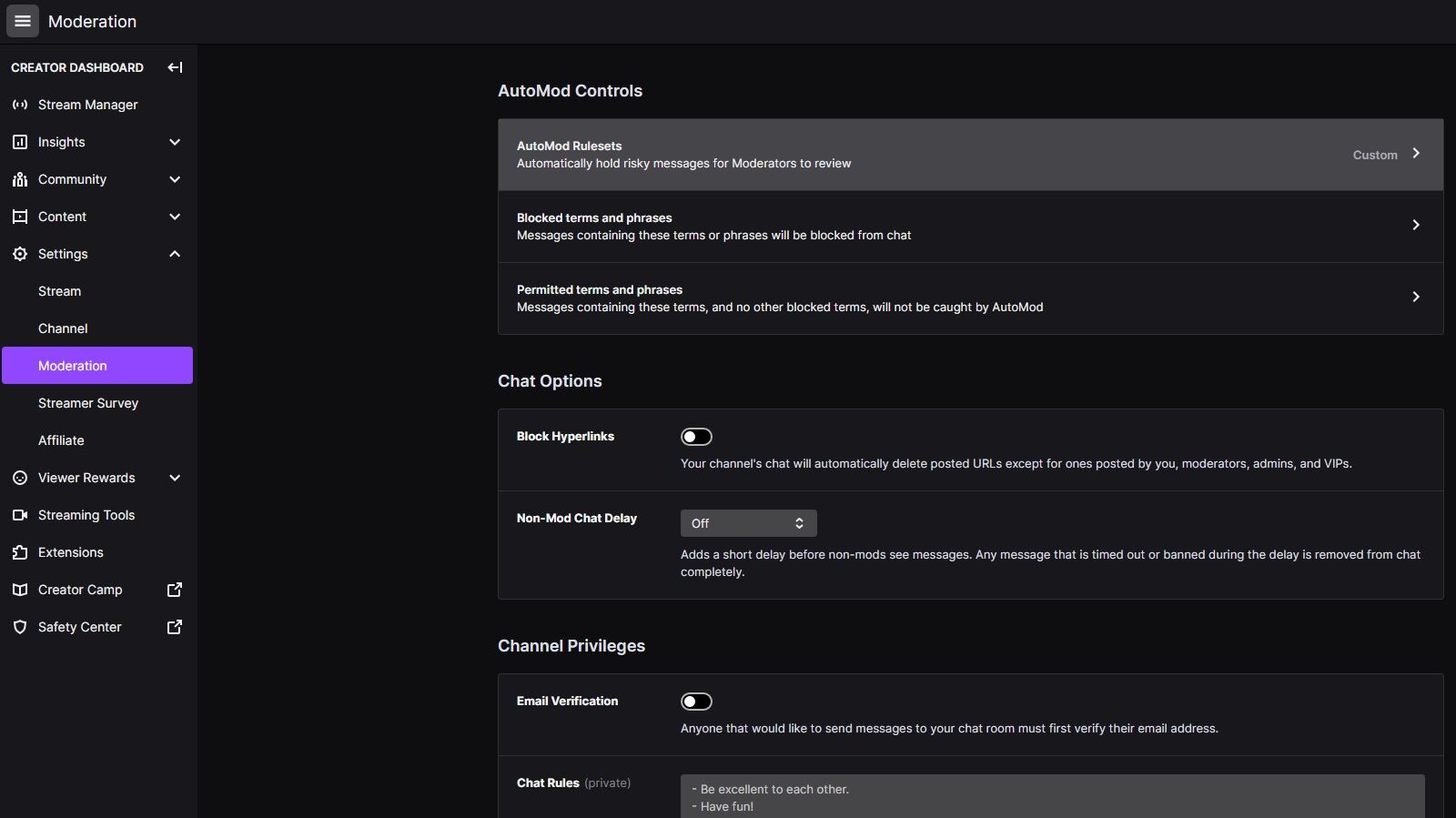 In your creator dashboard, you can also pick and choose who is able to raid your channel. The standard settings allow all raids, but you can change this to friends, followed channels, stream team members or ban all raids completely. 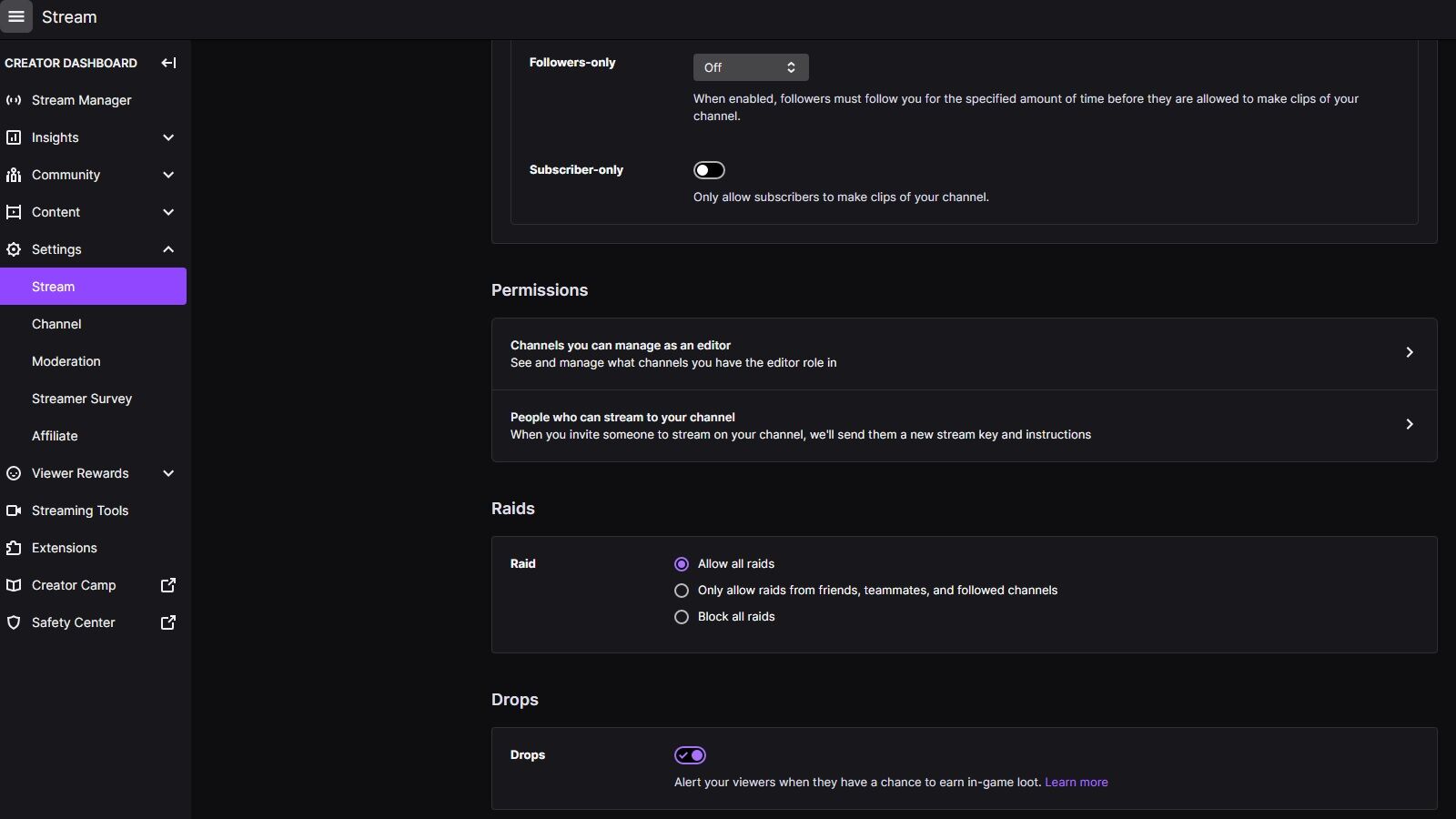 How to prevent doxxing

Some Twitch streamers have reported that their personal information has been hacked by bots through hate raids.

If you click on a bot’s profile, it will grab your IP address which can give access to lots of personal data, which can then be exposed elsewhere online. Twitter user kyepaco reported the name variations of several, which can be blocked in advance.

The best way to prevent doxxing is to stream using a VPN. VPNs (virtual private networks) reroute your IP address, so you can browse the internet anonymously. Usually, we would recommend NordVPN as our top choice for the best performance and pricing, but there have been reports of this VPN interfering with Twitch chat.

Therefore, we’d recommend either ExpressVPN or Surfshark. You can check out more options in our list of the best VPNs. We recommend using a paid VPN, as the free ones don’t often have decent speeds, which in turn could slow down your stream. 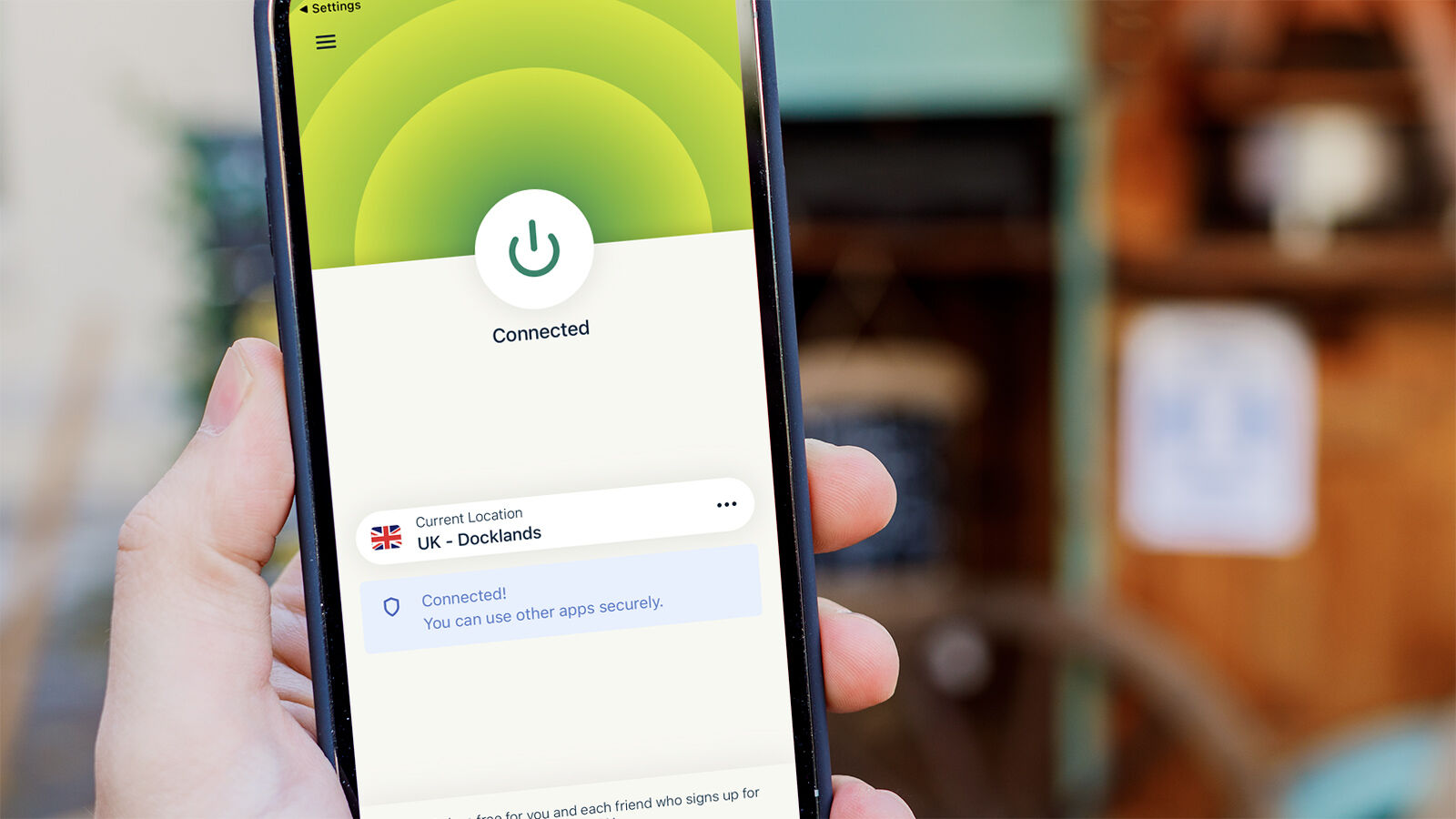 Tools for dealing with a hate raid

Even when putting prevention methods in place, there’s still a chance that hate raids can occur. If this does happen, here are some things you can do to quickly eradicate the bots and carry on with your stream:

Set up a panic button

Originally reported by Ash Parrish from The Verge, you can create a panic button that enables numerous commands in chat at once. This also disables alerts, sets up a timestamp for your stream and gives you access to remove bots.

The specifics of setting up a panic button will depend on if you use a Stream Deck, Lioranboard, Kruiz Control or a stream management tool such as StreamElements or StreamLabs.

You can see specific details on how to set up a panic button for your stream over on the Hate Raid Response website.

Whilst you can manually enter the command ‘ban {username}’, it can take a while if there are hundreds of bots. Instead, Commander Root has created a tool to remove followers on mass.

As a prevention tool, Hackbolt has created a Bots n Bigots spreadsheet that is updated with thousands of names of known bots from hate raids. You can block all of these names before you next go live, but keep in mind that new bots are created all the time.

Fossabot has created Nuke command plug-ins which mass ban, delete or timeout messages that have a repeating theme – something common in hate raids.

As these are third-party tools, ensure you read the creators websites for any risks involved with installing and using these tools for your stream.

Put up a BRB screen

If you’d rather not be on camera whilst dealing with a hate raid, then you can quickly switch to a ‘be right back’ screen in your stream broadcasting tool and mute your microphone whilst you and your mods deal with eradicating the bots.

You can quickly erase everything in chat by using the command ‘/clear’ (note that this does not work if you have BTTV enabled).

If you’re worried about new viewers coming in and wondering what’s happening, you can create a custom text message for this screen, or a command in chat that quickly explains that you’re dealing with a hate raid and will be back as soon as you can.

Will Twitch be dealing with hate raids?

Twitch has stated that it is working on a solution for hate raids, including “channel-level ban evasion detection and account verification improvements later this year”. The company advises that in the meantime, users should continue to report incidents as and when they occur.

The lack of action has prompted streamers to take action. Streamer RekItRaven started the #TwitchDoBetter movement, and is also involved in creating #ADayOffTwitch, a virtual protest which asks streamers not to go live on 1 September 2021.