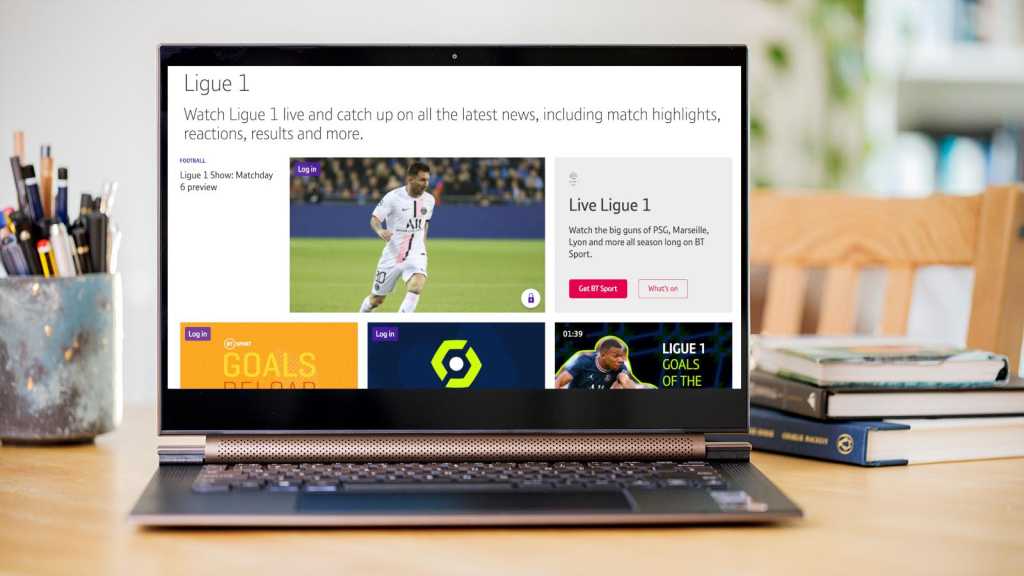 Ligue 1 is back, and it’s more exciting than it’s been in years. The eyes of the world are on the top-flight of French football following the arrival of Lionel Messi. The Argentine superstar left Barcelona after spending his entire career at the Catalan club, and will now link up with former teammate Neymar at PSG.

What’s more, a series of high-profile summer signings make Mauricio Pochettino’s side hot favourites to regain their crown, after Lille won their first title in a decade in 2020-21. However, the likes of Marseille, Lyon, Monaco and Nice also look set to provide stiff opposition.

Here’s how to watch all the key matches from the UK and US, complete with English commentary.

What Ligue 1 games are on TV this weekend?

There are plenty of exciting Ligue 1 matches to look forward to. Here are all the games being broadcast on UK and US TV this weekend:

How to watch Ligue 1 in the UK

BT Sport is the exclusive broadcaster for Ligue 1 in the UK, with multiple games shown every round of matches. In total, more than 200 fixtures will be broadcast live throughout the season.

There are a few options when it comes to signing up to BT Sport, firstly by combining it with BT Broadband.  Put your postcode into the website to see what deals are available.

On the  TV side, prices start at £15 per month for the duration of a 24-month contract. In exchange, you’ll get all the BT Sport channels and BoxNation, alongside Freeview, AMC and a recordable TV box.

You can also  just use the BT Sport app (£15pm) – it works on mobile, tablet, smart TV and console – or  buy the Monthly Pass for £25pm. If your device supports it, you’ll still be able to watch in up to 4K HDR quality.

Sky customers can  get BT Sport added from £20pm. BT also offers a  combined package with Sky Sports via Now, which is £40pm with £20 upfront for 24 months.

View all of the BT Sport packages here.

How to watch Ligue 1 in the US

In the US, BeIN Sports is the main broadcaster of Ligue 1. However, there are plenty of options when it comes to signing up.

The cheapest method is via Sling TV, one of the most popular streaming services in the US. You’ll first need to sign up to Sling Orange or Sling Blue plan – both cost $35 per month, or $50 if you want both. You’ll then need to pay an extra $10 for the World Sports add-on – this also gets you access to Premiere, beIN Sports Connect, Willow HD, Willow Xtra, and Nautical Channel.

After a free trial period (which varies between three and seven days), it means you’ll pay at least $45 per month to access BeIN Sports.

FuboTV is another option. The FuboTV Starter package includes BeIN Sports, alongside more than 100 other channels. It’ll cost you $64.99 per month, although you can cancel any time. There’s also a free trial here for new customers, lasting seven days.

As you can see, watching Ligue 1 from the US doesn’t come cheap.

How to watch Ligue 1 with a VPN

If you have a subscription from the UK or US but are currently based abroad, it makes sense to use your existing plan. Both BT Sport and BeIN SPORTS are geo-restricted, meaning you can only officially use them in the countries where you pay.

However, a VPN (virtual private network) offers an easy workaround. Unblocking content is one of its most popular uses, with various servers that allow you to ‘appear’ in another country with a new IP address.

All the best VPNs have multiple servers in the UK and US, with dedicated streaming servers in some cases. Our top pick is NordVPN, which offers a great combination of ease of use, security features and value for money.

Once connected, you should be able to use the site or app as normal.